Video: Average Pakistani Would 'Rather Have a Relationship With China' Than the US | Asia Society Skip to main content

Video: Average Pakistani Would 'Rather Have a Relationship With China' Than the US 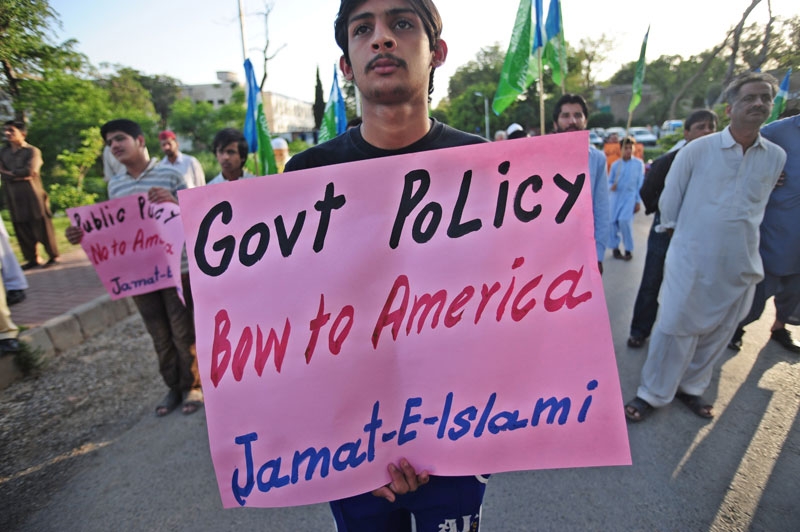 In the second part of our Skype interview with Islamabad-based Asia Society Associate Fellow Faiysal AliKhan (see first interview here), the 32-year-old NGO founder uses the post-Osama U.S.-Pakistan conflict to discuss the political leanings of Pakistan's younger generation, and how the internet has given it a voice. As AliKhan explains, these voices are increasingly very skeptical of the United States' involvement in their country:

There's been a growing anti-West sentiment, particularly anti-U.S. sentiment, even amongst younger people, even amongst civil society, even amongst the educated. This is very sad. … I think generally if you were to speak with the average Pakistani, they'd rather have a relationship with China or not have a relationship with the U.S. and to try an figure things out for ourselves. They see the US giving a lifeline to a government which is serving not the Pakistani people, where the money that comes in doesn't touch the ground, so the people of Pakistan are not benefiting and the government is being propped up through this injection of aid. … If the American people wanted to show their generosity or support to the people of Pakistan, perhaps by doing so by a mass transit system in Karachi or a dam, a couple of big signature projects as opposed to the kind of aid that is taking place now.

AliKhan, whose FIDA organization often works with marginalized youth in Pakistan's tribal regions, later says that while the killing of Osama bin Laden has created a "void", the opportunity now exists to bring some of the extremist elements of the young population back into the mainstream. The "only people who would strategically engage with younger people are your anti-state hostile actors."

For more coverage related to the death of Osama bin Laden, click here.

To learn more about Pakistan 2020, Asia Society's forthcoming report on the future of Pakistan, click here.