Video: Arianna Huffington on Redefining Success, and Who She'd Like to Fistfight | Asia Society Skip to main content

Video: Arianna Huffington on Redefining Success, and Who She'd Like to Fistfight 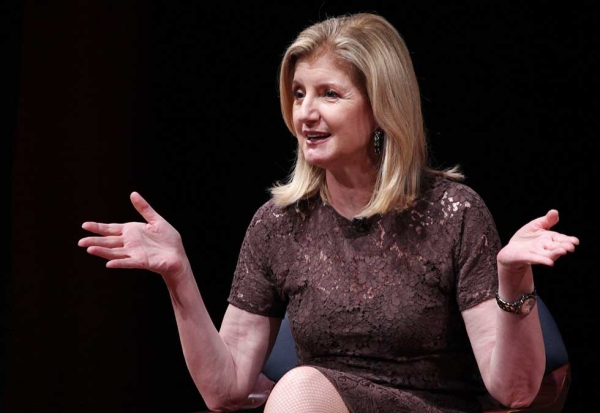 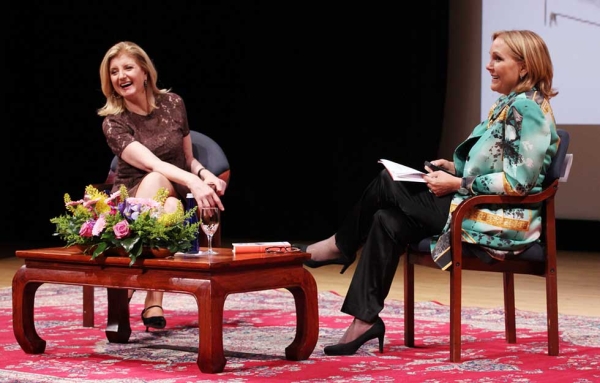 For her inaugural "President’s Forum" last night, Asia Society President Josette Sheeran welcomed Arianna Huffington, founder and editor-in-chief of The Huffington Post, to the Asia Society New York stage. The two women talked candidly about a wide range of topics spanning technology, balance, well-being, media, and what Arianna has dubbed the “third metric,” the focal topic of her latest book, Thrive: The Third Metric to Redefining Success and Creating a Life of Well-Being, Wisdom, and Wonder.

In her book, Huffington makes a case for a shift away from traditional measures of success such as money and power, towards a third metric: meaning, purpose and well-being. Huffington is a keen evangelist for this third way of defining success, and for what she calls “the upside of downtime.” As for the age-old question of whether we can truly have it all, Huffington staunchly says yes.

“What is a good life? What is success? … We see basically this collective illusion that burn-out is the only way to succeed,” said Huffington. “For me that includes defining success differently and not just in terms of the two metrics of money and power, but in terms of the third metric."

Huffington is the first to admit that building a career can be an exhausting process that leaves little time or opportunity for rest and relaxation. Corporate culture extols long work hours and constant connectivity, with running on empty as the “new normal” and insidious blurred boundaries between work and home. But according to Huffington, in order to get ahead, it’s essential to step back, “unplug, recharge, de-stress and disconnect.” Sleep and rest aren’t sacrifices to success, but effective ways to achieve it.

Following the discussion, members of the audience took turns to dig deeper. When asked how the third metric category rivaled more viral, lurid content, Huffington revealed that wellness stories were among the most social, heavily-trafficked stories on The Huffington Post.

"These are the stories that people want to share with people they care about… There are countervailing forces in the media that encourage that kind of content, because people are hungry for it. People are hungry to stop living in the shadows, and lead lives differently and in a deeper way.”

The discussion also touched on some pressing current affairs. When asked who she’d most like to get into a fistfight with, Huffington said she’d like to take “all of the people who got Iraq so terribly wrong” to task.

“Can we go back for a minute and look at what they said then? Iraq will pay for itself, the oil will pay for everything, basically we’re going to be met by rose petals and peace and democracy will prevail… It’s really the end of memory, it’s like people re-emerge, without any credibility and all that is ignored and we’re listening to them as though they’re experts."

Huffington has worn many hats over the years: Greek immigrant, socialite, political wife, media titan, author, and now, self-help guru and meditation advocate. At The Huffington Post, she’s installed nap rooms and a strict email policy discouraging after-hours email. Meanwhile, in less than a decade, The Huffington Post has grown from a fledgling company begun in a living room to one of the most well-known media brands today. It’s a Pulitzer Prize-winning news source that counts roughly over 100 million monthly unique visitors. Its rollercoaster growth has lately led to a dizzying number of local and international editions, most recently in South Korea and Japan. This year also marks the launch of The WorldPost, of which Asia Society is a founding partner.

With The WorldPost, Huffington hopes to direct readers to the best available international stories, including syndicated content by ChinaFile, the online magazine published by Asia Society's Center on U.S.-China Relations. She is a firm believer in the power of blogs as a forum for original reporting and new voices worldwide. Earlier, she talked to Asia Blog about the immense opportunities of The Huffington Post’s expansion in Asia.

"When it comes to these issues, there's a huge opportunity in Asia for HuffPost's mix of original reporting and opening up our blogging platform to voices that would otherwise go unheard. We've seen over and over again that by opening up the conversation in these ways we can actually make a difference in people's lives.”