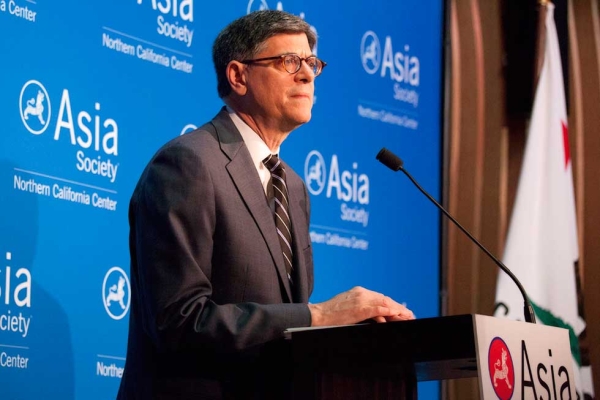 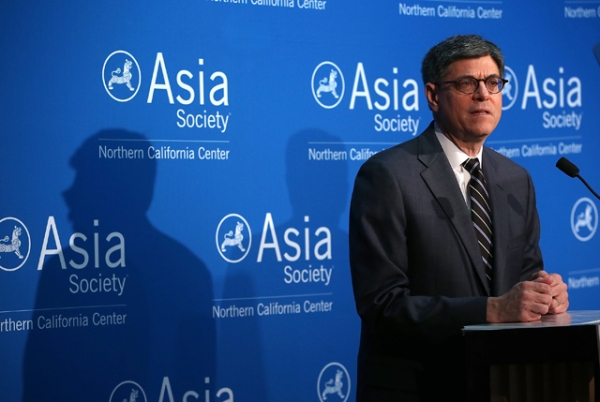 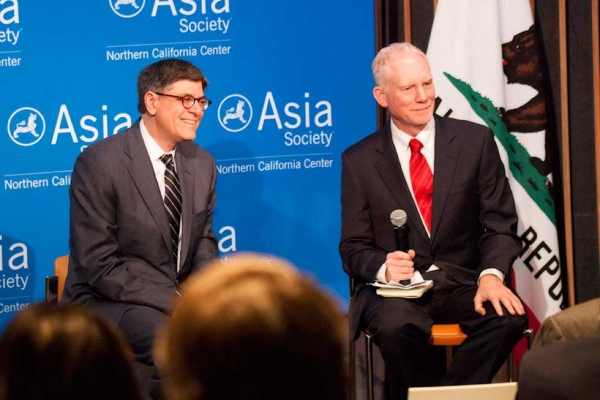 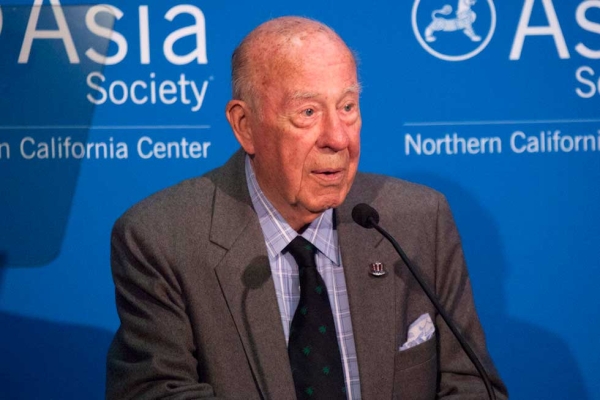 In an address to Asia Society’s Northern California center in San Francisco, given just hours after his return from a three-day visit to China, Lew stressed the importance of working with long-standing financial institutions such as the World Bank and the International Monetary Fund, but he offered the most positive comments to date from the U.S. about the AIIB.

“We welcome China having a significant role in the global economic and financial architecture," Lew said, adding that the U.S. would welcome the AIIB provided that it “complement existing international financial institutions … and share the international community’s strong commitment to genuine multilateral decision making and ever-improving lending standards and safeguards.” Lew said that co-financed projects between the AIIB and existing financial institutions would “help demonstrate a commitment to the highest standards of governance.”

The U.S. has been critical of the proposed infrastructure bank since its creation was first broached, questioning its standards as a global lender and the need for such an institution, given the existence of the World Bank, International Monetary Fund (IMF) and Asian Development Bank. In mid-March Lew had criticized other nations for backing the AIIB, citing doubt over transparency and commitments to anti-corruption enforcement, workers’ rights, and the environment.

Lew offered several olive branches to China in his Tuesday speech — acknowledging that the World Bank and IMF were founded long before China was a developed economy, that China faces enormous infrastructure challenges, and noting that President Xi Jinping’s economic reforms “represent a credible and serious path” that dovetail with U.S. interests.

But a mantra in Lew’s remarks — his first since returning from Beijing — was the phrase “high standards,” reinforcing the long-stated U.S. view that the proposed China-led bank might fall short of such ideals. The treasury secretary said that the U.S.’s “consistent focus on standards has already had an impact" on the shaping of the AIIB. “The test will be on the character of the projects funded and their impact on the people and country they serve,” he added.

Asked whether the U.S. might have played a more constructive role on the AIIB, Secretary Lew said “we have been clear from the beginning,” though the U.S. had come under criticism from diplomats and analysts for its stance on the issue.

In his Asia Society remarks, Lew also criticized China’s proposed national security restrictions that would block foreign technology products from access to the Chinese market, particularly in the financial sector. “China cannot become a leader in innovation by mandating indigenous technology, either through the transfer of technology as a condition of investment, or by requiring the use of indigenous technology,” he said.

Lew went on to address China’s desire to include the RMB in the IMF’s Special Drawing Rights (SDR) fund — a move that would diminish the U.S. dollar’s importance in global trade — saying that in spite of progress in recent years on currency policy, China’s failure to allow the market to play a decisive role in setting the exchange rate has adversely impacted the global economy. “While further liberalization and reform are needed for the RMB to meet [the IMF] standard, we encourage the process of completing these necessary reforms,” Lew said, adding that “qualifying would reflect important progress.”

Tom Nagorski and Eric Fish contributed to this report.