US Can't Afford to Forget About Afghanistan Yet Again 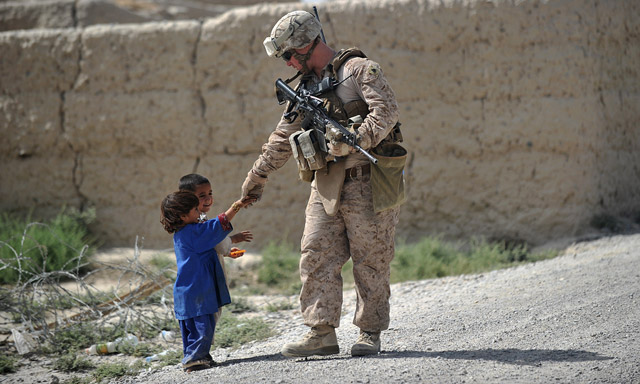 U.S. foreign policy toward South Asia has been marked by short-term priorities and — according to many of those interviewed for a forthcoming Asia Society report, The United States and South Asia after Afghanistan — a recurring lack of long-term, strategic thinking. Nothing illustrates this better than the case of U.S. policy toward Afghanistan.

U.S. policy supported Afghan neutrality, although Washington did provide a significant aid program starting in the 1950s (as did the Soviets). Then Vice President Richard Nixon visited Afghanistan in 1953, but for much of the period until the mid-1970s, the country did not attract a lot of policy attention in Washington. U.S. policy papers on Afghanistan in 1960 concluded that "vital United States objectives are best served if Afghanistan remains neutral, independent, and not over-committed to the Soviet bloc." As former Deputy Assistant Secretary of State for Near Eastern and South Asian Affairs Howard Schaffer would later note, Afghanistan "was not very significant in U.S.-India relations — and did not become so until the Soviets made their move in December 1979."

The Soviet invasion changed everything. Suddenly Afghanistan was at the heart of U.S. South Asia policy. India and Pakistan were seen through the shadow of U.S. Afghanistan policy. Once the Soviets were expelled from Afghanistan, U.S. interest dropped precipitately, and the 1990s saw relatively little American attention paid to events in the country. Since 9/11, there has been a renewed focus on Afghanistan in Washington. Asia Society interviews with a large group of U.S. foreign policy practitioners emphasized the need to continue paying attention to Afghanistan.

As the forthcoming Asia Society report on the United States and South Asia argues, the best way to embed a long-term, sustained interest in Afghanistan is to make sure that it is a core part of an integrated, regional strategy. The United States has a continuing interest in the stability and development of Afghanistan — and one that will endure beyond 2014. As the report underlines, strong bilateral relationships with Kabul, New Delhi, and Islamabad will be vital to a successful regional policy.

Afghanistan deserves serious attention but cannot — and for its own interests, should not — be the only focus of U.S. regional security concerns. Unlike the early 1990s, the United States should not and will not leave Afghanistan to its neighbors alone. And incorporating Afghanistan — along with other South Asian states — into a new, Asia-wide U.S. strategy is one of the best ways to guarantee that the United States will not repeat the mistakes of the past. As the report underlines:

Afghanistan remains important to the United States, both to ensure that terrorist groups do not use its soil again to threaten America and because a stable political transition in that country is a necessary ingredient of regional stability. This requires continuing policy attention toward Afghanistan rather than any precipitate drop-off, as had been the case after past intense foreign policy crises. As the government of Afghanistan takes greater responsibility for security, Washington will need to pay closer attention to internal politics in Afghanistan and the regional balance of power. Politics will likely shape Afghanistan’s future security, raising the importance of high-quality political reporting and influencing by U.S. officials.

One former assistant secretary of state said that during the 1990s "there wasn’t a lot of attention given to a broad South Asia strategy." This has changed with Secretary of State Hillary Clinton's focus on the "New Silk Road" to connect Central, South, and Southeast Asia. The second Obama administration should take the opportunity not just to evaluate the U.S.-South Asia relationship, but to set out a long-range vision of how the relationship with the region should evolve. The best guarantee of an effective, durable, and consistent approach to Afghanistan is a properly constituted, long-term U.S. strategy toward South Asia.

Asia Society’s forthcoming report, The United States and South Asia after Afghanistan, will be available in print and for download on Dec 10. The launch of the report will be accompanied by events in Washington D.C. (Dec. 11), New York (Dec. 12), and New Delhi (Dec. 20).