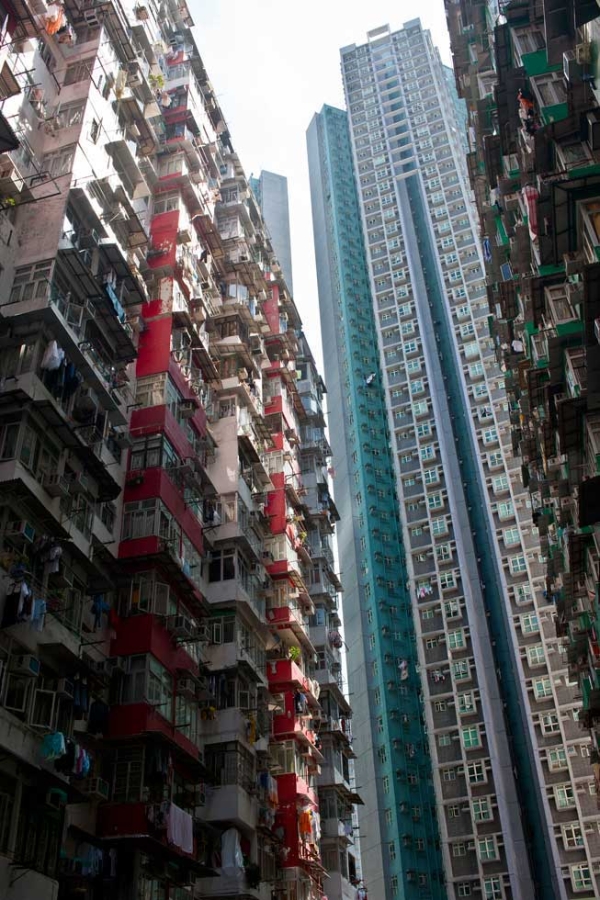 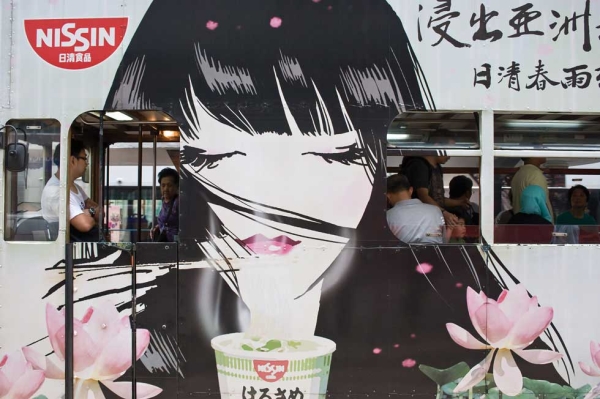 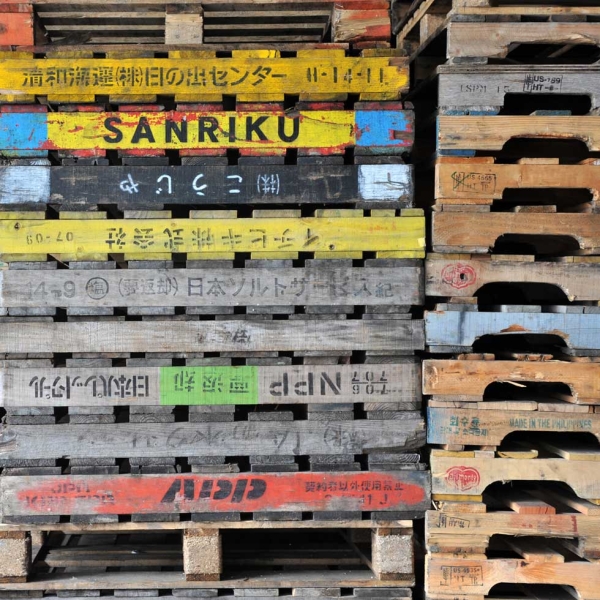 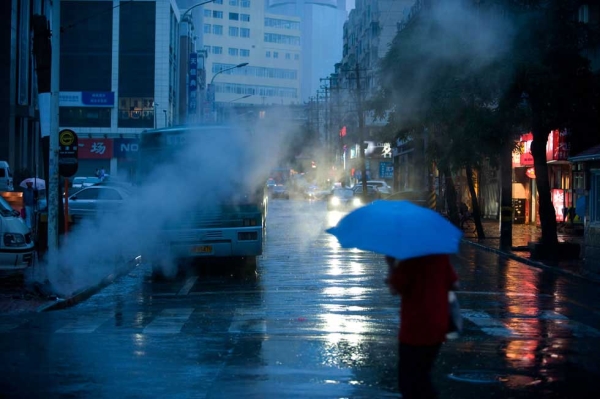 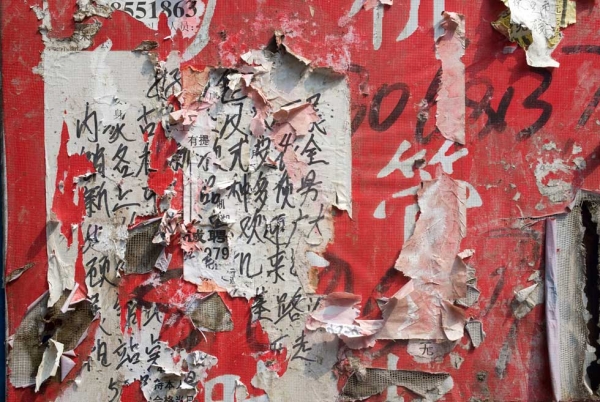 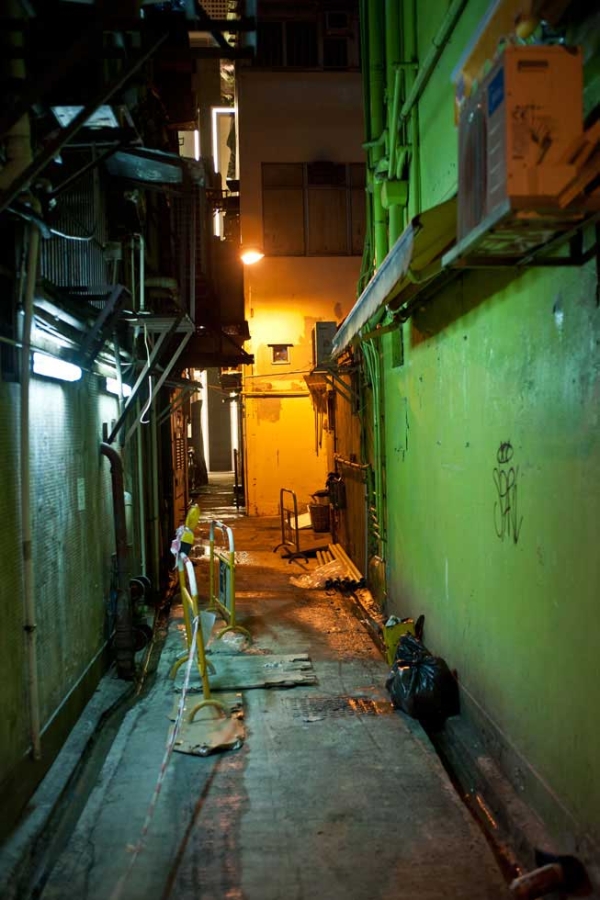 Although a painter by training, Kirk Pedersen roams Asia's vast urban landscapes camera in hand, chronicling the continent's rapidly growing cities. A professor of painting and drawing at Mt. San Antonio College in suburban Los Angeles, Pedersen sheds light on the seemingly mundane aspects of urban life in Asia, motivated by a conviction that "ordinary things can be beautiful too."

From June 27, 2014 to January 4, 2015, Asia Society Texas Center showcases Pedersen's images in the exhibition Urban Asia: Kirk Pedersen, a series of photographs that document his travels in China, Taiwan, Japan, and Vietnam, among other locales.

In preparation for the exhibition, Director of Exhibitions Bridget Bray interviewed Pedersen about his work. The following are excerpts from that conversation.

Cities in Asia, like cities worldwide, are in a constant state of unfolding. Subsequent waves of concentrated change in these Asian urban centers, especially over the last 30 or so years, have resulted in a visceral tension between development/growth and entropy/decay. How do you approach this aspect in your photographs? Is it important to you to do so?

When I was first in China (in Shenyang), there were fewer tourists. At that time, me just being in the city resulted in stares. That's all changed. I was in Shenyang in 2006, and on my return in 2007, entire districts had been demolished, or were marked to be. I would walk through areas, shooting at the hip, to not attract attention. Once areas were rendered uninhabitable, you had to sneak around to get the images you wanted. I was being ushered out of these zones where just a year before I had stopped for tea or bought art supplies.

I came to the experience with no agenda: I wasn't there as a journalist but as an artist. I heard divided opinions between those whose families had lived there for generations: things were decaying and needed to be rebuilt, versus those concerned with the loss of history. I tried to capture everything I saw, without judging it. In Dalian, a guy saw me shooting an old wall and came up, emphatically pointing at a brand new building nearby, encouraging me to shift my focus in that moment.

What draws you to Asia as a subject?

There was no specific agenda for this project — it developed in an organic way; I didn't have a set idea of what would happen or could have predicted it. I grew up in the 1970s in rural Nebraska. I was incredibly sheltered but I knew I would wander the world. I had a small camera and on family travels through the Midwest, I would shoot old farm buildings and houses, asking my dad to pull over so I could capture an image. In 2004, I was in Thailand, traveling with both film and digital cameras, and the potential for something developed on that trip. Before I had been using photography primarily as a way to generate material for my paintings, but with these trips I began to view the photographs differently. I was in Bangkok, in 2005, shooting an incredibly distressed wall, which was decaying and covered with decades of dirt and graffiti. I drew the attention of street vendors for shooting it, who were laughing and pointing at me, but I saw it as treasure. It was a moment of creative catharsis, and launched the entire project, which resulted in a two-volume book.

How does your painting practice inform your photography? There have been references to artists — such as Richard Diebenkorn, Willem de Kooning, Aaron Siskind, and Frank Thiel — by those looking closely at your work, whether for their formal aspects, treatment of space and surfaces, or the legacy of Abstract Expressionism. What connections do you see between your painting and photography?

The two inform each other. Initially I was using a camera for referential material for painting. The series Urban Asia changed that. I was capturing material with no interest in painting it, a complete liberation of subject matter, and became engrossed in the idea of "theater of the city." The process of making these photographs has allowed me to come back to painting with new liberties, approaching it from every possible perspective. New imagery was opened to me, which was a powerful moment. With Urban Asia, I would try every way I could think of to make an image — shooting all night, shooting early, shooting in rain, shooting exhausted, etc. I wanted to see what was possible, and to engage with all of it.

Describe your process of capturing the images.

I would fly in, start walking without a map, shooting as I went. Six or so hours later, I might ask where I was. I embraced everything along the way. I shot in the moment, turning to whatever captured my attention, little of that was conscious. Originally I started with a small Konica Minolta DiMAGE, that I could kind of hide. Then I moved to a SLR Nikon and then a Nikon D3, with an additional lens around me, so I cared less then about being incognito. I stopped using film in December 2004/January 2005 so this project has been entirely digital. I would delete as I went, and then again at the hotel room afterwards. The real selections happened a month or so later in my studio. These compilations were done with very little post-production work on the images. From well over 10,000 images, it would come down to the roughly 90 in each volume.

Many of the works have the scale and gravitas of dramatic landscapes, but there's also an elevation of the ordinary such as the alleys, pipes, or layers of advertisements seen in works like Green Alley, Wan Chai, Hong Kong; Shanghai Series #3; and Street Market, Dalian. While these cities exist as bustling macrocosms, many of these images zero in on the microcosmic and have a sense of stillness or calm. Is this contrast something you intentionally seek out?

I democratically embraced everything I saw. Other people might think "Old nasty things, how horrible!" but I can see a stain on the road and think it's amazingly beautiful. Of course I see conventional beauty in things, but ordinary things can be beautiful too. For instance, in Shanghai Series #3, I'm not saying anything negative about the residents with that image. It demonstrates a basic home improvement, supplying water to a dwelling. It's in no way a judgment or a wish to emphasize the gritty aspect of a city; it's just my fascination with what I happen to encounter.

Color and surface combine in fascinating ways in images such as Shanghai Series #1 and Construction Zone, Bangkok. Patterning and grids appear in works like Sanriku, Tsukiji Fish Market, Tokyo; Cooking Oil Cans, Singapore; and Taipei 13F. Can you discuss these qualities?

The central importance of color and composition in my painting were present as I moved into photography. As a kid in Nebraska, I was fascinated with the walls or surfaces of old rural homes and old barns as they decayed and rusted, so you can say I went back to surfaces again, just this time urban. Grids are a part of my current painting; they've entered and exited my paintings over the years. We didn't mention this before but a favorite artist of mine is Sean Scully, whose photographs seek out grids and old buildings, and then we see these in his paintings. In many of my photographs, you can see the flattened perspective, formal, frontal, like Cooking Oil Cans, Singapore. I was responding to what I saw as a fascinating group of objects but this formal framework was also at play.

The artist Cai Guo-Qiang has said that he wishes to remind the rest of the world that China is not a monolith but a myriad of millions of individuals, each with unique destinies and dreams. In several of your photographs, a single figure is captured (Night Rain, Dalian; MX, Hong Kong; In Thought, Beijing). Some of the greatest population densities in the world exist in cities in Asia, yet these figures are solitary. Can you discuss this irony?

When I started shooting, it was generally without people, looking more at surfaces. Eventually the photos also included solitary figures as you mention, but also crowds. Shooting early in the project in Kuala Lumpur, two women walked through a shot I was taking of a fabric store, and when I saw the effect of the fabric they were wearing in contrast to those on display in the store, it added a complexity I hadn't anticipated.

Even in the images with numerous people, in certain cities I felt people completely disconnecting from each other. More technology is typically present at city centers, which seems tied to greater disconnection (versus the experience of community I had in rural areas). We insulate ourselves with cell phones and iPods and it's a tradeoff for what we've given up as technology has played a larger role in city life. As much as we think we're connected at greater levels through technology, that might actually not be the case. I'm not trying to analyze what technology has done to us, but to explore it. My entire life has been about discovery, and continuing to explore.

Bridget Bray is Director of Exhibitions at Asia Society Texas Center in Houston.