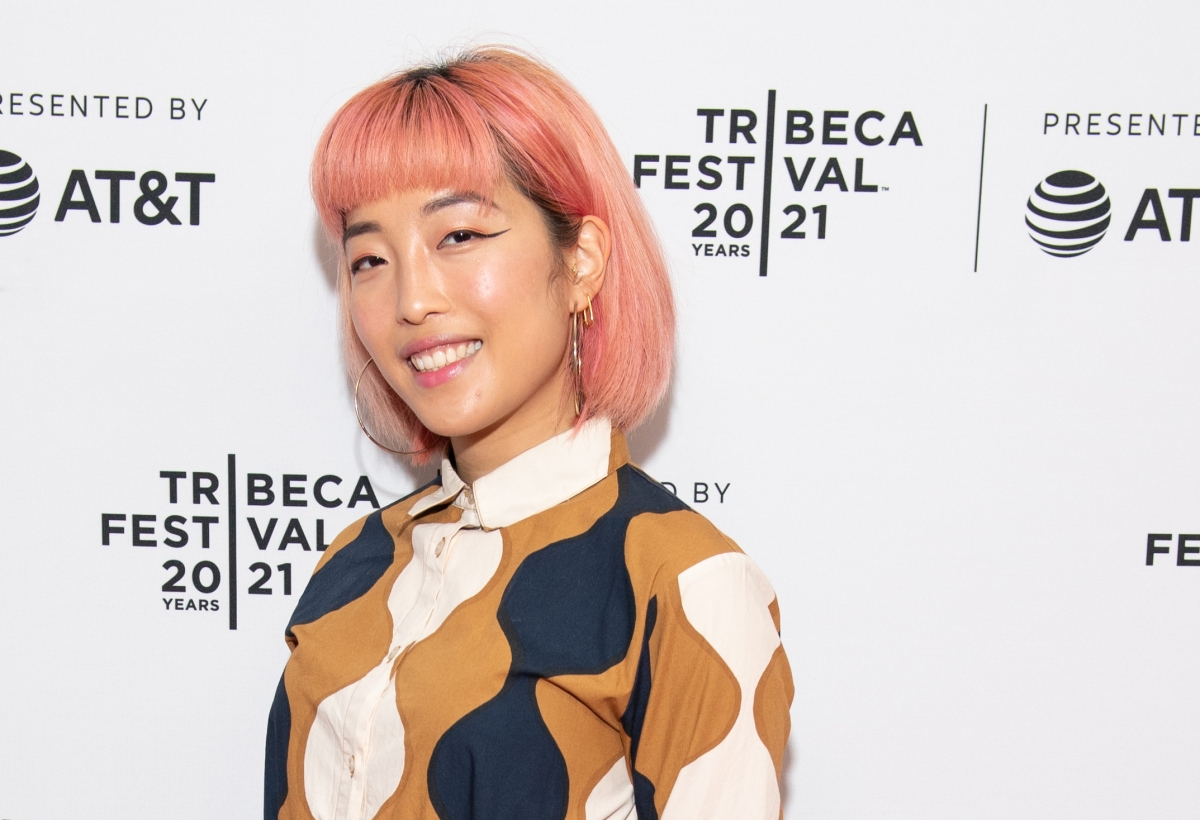 Costume designer and production designer Michelle J. Li got her big break with Emma Seligman’s 2021 breakout comedy feature Shiva Baby. She hasn’t looked back since. At a time when a lot of Hollywood productions slowed on account of the pandemic, Li has had the busiest years of her career, working on star-studded projects like the 2022 Sundance Film Festival short film Chaperone featuring Zachary Quinto, and the upcoming feature project Meet Cute starring Kaley Cuoco and Pete Davidson, and more.

In an interview with Asia Society, Li discusses how she stumbled into costume design, her holistic creative approach, and why having parents who nurtured her artistry at a young age was crucial.

Portions of the interview have been edited for clarity. 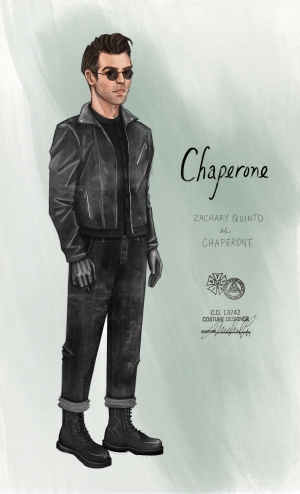 You’re from Queens, New York. How did your upbringing shape who you are and what you are doing today?

​​I am a first-generation American. My parents moved to the U.S. in the late 80s from China. I was born in New York City, and have been here my entire life. Of course, there is always that stereotype — especially if they are immigrants from China or really any other Asian country — that they always have this expectation of you growing up and becoming a really successful doctor or a lawyer or business person. I feel very fortunate in my upbringing because my parents really encouraged both me and my older sister, who is also working in the arts, to pursue the arts. My parents would always say to me growing up, “If your career and your passion is something that makes you happy, then you will be successful.”

That was a really important departure from a lot of the other Asian American students that I grew up around, because I definitely knew my fair share of fellow Chinese kids who were cramming for school 24/7. I also crammed for school, but their parents were always dictating every aspect of their lives, and they were always focusing on grades and had this incredible emphasis on STEM (science, technology, engineering, and mathematics) being the real only way forward in a career. Having parents that were kind of outsiders in that sense, letting their kids pursue art, was something that was really important to me.

What made you decide that costume designing was how you wanted to channel your artistry?

The way that I view myself, first and foremost, is as an artist. Living within the creative sphere and having a career in the arts is something that was my first priority. So I kind of stumbled my way into costume design. It wasn't something that I always knew that I really wanted to pursue, but costumes were the perfect combination of all of the pieces of art that I loved and enjoyed.

I grew up always enjoying drawing and painting and sculpting. From a young age, I knew that I was going to pursue art, but didn’t really understand or know what facet of the art world I would occupy. And so when I was in high school, I had discovered my little niche was in theater. I was always involved backstage with the theater productions and I actually ran the lightboards in my stage production. I didn't really have experience doing costumes until I entered college, where I ended up applying to Carnegie Mellon and studying in their program for costume design.

What I love most about costume design and what keeps me coming back time and time again is that you are able to work with your hands, think critically about the characters, get into the psychology, and work and collaborate with other fellow artists. That's the best part. 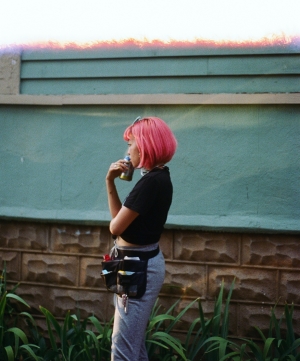 Tell me more about your costume designing process. When you get a body of work, how do you go about untangling it?

Then I read it a second or third time to really glean the logistical aspects. But making sure that I have a firm grasp on the story first is really important in my creative process. Once I'm able to kind of marinate with the script and sit with it, I then move into the visual research, and I'll look towards resources and books, other movies if they’re relevant, and the internet.

Sometimes I even do physical site visits. For example, I just finished designing a musical in North Carolina, and I visited a local high school there just to see what the local students in this rural town dress like. Otherwise, you would have no access to that kind of research. I ended up being gifted a yearbook, which is so special to me — it was such an invaluable resource as a costume designer because you are looking at a primary source. Being able to gather research in order to ground my costumes is a really crucial part of my process.

Sometimes, if it feels right, I also put together a playlist with music that inspires me when I'm reading the script. So, you know, I bury myself in a cocoon of the script, and the story, and aspects of how it makes me feel because I think that's how I maintain the clarity of the character that I'm trying to convey.

Your work has been in feature-length films like Shiva Baby and short films like Chaperone. But you were also the production designer for Lewis Capaldi’s Before You Go music video, too. There isn't really a traditional script for something like that. Does your process shift or change, depending on what type of project it is? What is it like when your source material is a song?

It's something that I'm still trying to gain more experience in, because the bulk of my work is still narrative short and narrative feature-length films. And so when it comes to working on music videos or musicals, it is an exciting challenge that I'm trying to parse my way through — because you have that added element of making sure the music is as important as the script.

For example, when I was working on an upcoming musical called Something Here, I worked closely with the choreographers, making sure to think about the silhouette of the costume differently. You think about the fabric makeup of the costume, because you have to take into account the movement aspect of the character; if they are going to be doing all these elaborate jumps and moves, you want to make sure their footwear is proper so that they are safe. So, yeah, there are definitely many more elements that make it a bit more complicated but just as rewarding and an eager challenge to take on.

I’m happy to hear that you have been working on projects recently. How did the pandemic impact your specific area of the film/creative industry? How were you able to maintain your own inspiration or craft while things were in lockdown and projects weren't really happening?

​​I feel very grateful and fortunate in that I think the pandemic years have actually been the busiest in my career so far. Everything kind of took off after Shiva Baby premiered in 2020, right at the start of the pandemic. When you work in film and television, the testing protocols around being on set and working with the actors are extremely stringent. I was getting tested like three to four times every single week. And so not only did I feel very safe going back into the workplace, it was the only way that the film industry was able to maintain its momentum, continuing to move forward and produce work. I’ve worked on three or four features during the pandemic so far, and so my career definitely has been blossoming, even though everything around us has been in lockdown. I've felt very fortunate about that.

I’m curious about how ideas come to you. Are there certain things in your head that you have held on to and are waiting to use, or an idea you've always wanted to use but haven’t found the right project for?

That brings me back to something I read in a book not too long ago. I remember it saying, “if you come up with good ideas and people want them, you're never going to run out of good ideas.” I approach every script and story that I come to separately. I approach it as an individual entity. So I don't tend to find myself holding on to one special thing because I pull inspiration from so many different places. Whether it's through watching food documentaries on Netflix, traveling, reading, or working on felted sculptures. Everything that I do in my free time, I believe enriches what I do in my professional work. 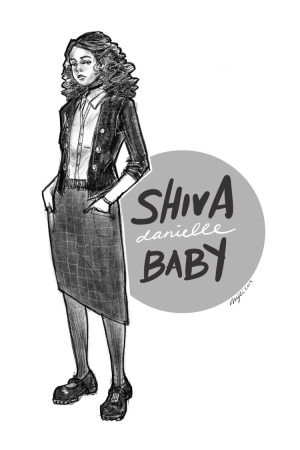 What kind of career goals do you have? Is there a dream project or dream people you want to collaborate with in the future?

Something that I've been so in love with and have thought “Wow, if I ever got a chance to work with them, I would just be so over the moon,” is definitely the creative duo of PEN15, Maya Erskine and Anna Konkle. They’re at the top of my list because, especially with that show, they were able to bring to light aspects of childhood that we've never seen. On top of that, it was abstract and weird, and that is so up my alley.

What are some projects that you always return to, or think are timeless? What are other examples of work you are drawn to?

I mean, Russian Doll was so good. I am based in New York, and so I also had that connection to it. But I think Russian Doll is probably one of the best limited series I've seen in a long time because it was so raw and gritty and also funny and weird. I've also really been enjoying shows like The Righteous Gemstones and Fleabag. I'm very much drawn to stories and comedies where the characters are flawed because you kind of get to analyze the character in a way where it's like, “OK, they're not perfect, right? But there's something there. Even though they're dirtbags, there's something about them that keeps me coming back.”

Being able to dissect and analyze their psychology and realize, “OK, it makes them more real.” That is the part that I'm attracted to, the humanity that is being able to be seen when you are working with a character that is flawed.