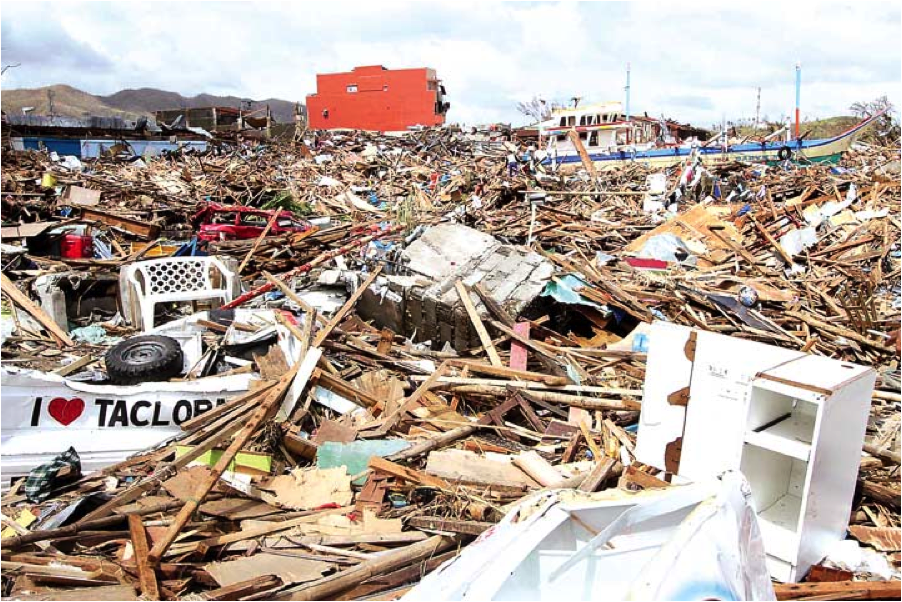 MANILA, Philippines – Local and international aid organizations scramble on Wednesday to deliver supplies to the 41 provinces devastated by typhoon Yolanda. Government officials said 1,833 had been counted and 2,487 people were injured, mostly from the Visayas region that was severely affected by the typhoon. In one coastal municipality in the Visayas region, Tacloban City, more than 80,000 houses were destroyed, churches lie in ruins and the bodies that continue to pile are starting to rot. Thousands of survivors swarmed the airport in city yesterday but only a few hundred managed to board their flights. Government officials estimate, of the 582,203 people displaced by Typhoon Yolanda in the country, only 286,433 are in the 933 evacuation centers.

Different types of assistance are being given to the victims of super typhoon Yolanda. While some nations are sending monetary donations, many are deploying medical teams, volunteers, relief goods and equipment for basic services. Below are the countries that are providing international aid:

Please see our previous post for the types of assistance needed.