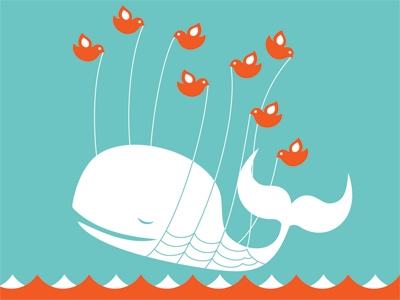 Twitter announced on Thursday that it will reserve the right to "reactively withhold" tweets on a country-to-country basis. "As we continue to grow internationally, we will enter countries that have different ideas about the contours of freedom of expression," declared the official Twitter blog.

The blog post cited France and Germany's censorship of "pro-Nazi" tweets as one such cultural boundary. In an effort to maintain transparency, the microblogging site also revealed a new partnership with ChillingEffects.com, where it will post any requests to censor posts.

For users of a social media platform that helped nurture some of the world's biggest uprisings and revolutions in recent years, the announcement did not go over so well.

"This is censorship. There's no way around that. But alas, Twitter is not above the law," wrote Jillian York, Director of International Freedom of Expression at the Electronic Frontier Foundation. An organization called Demand Progress asked Twitter users to sign a petition against the new policies, and Anonymous rallied users in a Day of Silence tomorrow in protest of the new censorship policy. Here is their tweet about the Day of Silence, as well as other reactions from around the Web:

What do you think of Twitter's new censorship policies? Share your thoughts in the comments below.