'The Times of India' on the Artistic Consequences of Colonization 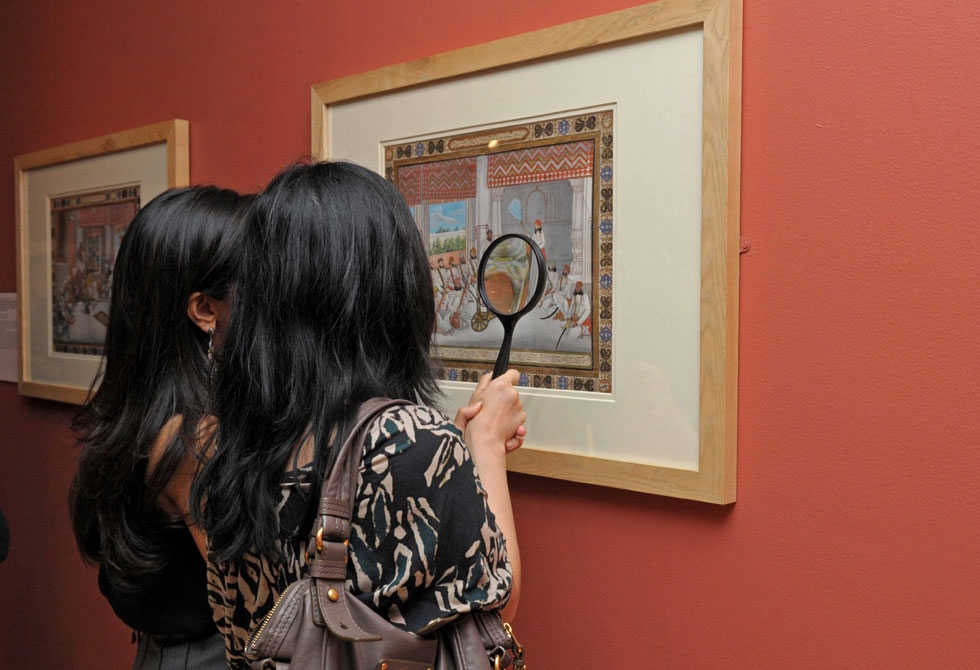 Asia Society Museum in New York is throwing new light on a somewhat neglected period of art history in India — the final years of Mughal rulers in the 18th and 19th centuries. Sure, that is a long time ago. But Princes and Painters in Mughal Delhi, 1707 to 1857 holds some lessons for today as local cultures and globalization too often collide.

The coming of the British Raj was led by the East India Company, which Asia Society President Vishakha Desai points out, was history’s first truly big borderless commercial conglomerate. Eventually, the scope of this trading monolith reached right across an empire over which the sun never used to set.

The exhibition explores the dynamics on art and patronage in Delhi at that time. It’s well known that the magnificence of the  Mughal princely elite faded in the shadow of unstoppable colonization.

What might not be so apparent is how many British newcomers went “native” and became “white Mughals.”  As they amassed fortunes from their new homeland, they adopted its local dress and lifestyles, rode elephants, and married local women — sometimes lots of local women.

The Times of India’s Vrushali Haldipur opens a review of the exhibit with a simple but all too true observation: “In the decline of power, there is also the pursuit of pleasure,” and that “as Mughal power waned, court artists were left with no choice but to work for other wealthy Indian, British and European patrons.”

So, as many of the key players during this time of immense transition morphed into Anglo-British cultural hybrids, there came a tipping point when the art they commissioned did as well.

"You look at the imagery and portraiture before this particular Western impact and you see faces being sometimes side-views or three-quarter views,” Adriana Proser, curator of Traditional Asian Art at the Asia Society Museum, told the newspaper. “Then all of a sudden, with the introduction of new patrons, you see many more frontal views."

Walk through the museum’s exhibition and one thing is for sure: The resultant artistic mix is beautiful. But behind that lies a vexing question: Was the relentless colonizing process that brought about this beauty a good thing?

"The exhibition shows how political power and artistic production are associated, but are yet two different things," Prosser continued. "We find that when times are not politically stable or there is a merging of cultures, in terms of art these can be very fertile periods. What happened with the Mughal period is that to a certain degree, people and even art historians have been blinded by the history, the story of the weakening of Mughal political power and that has influenced their understanding and their appreciation of the art of that time.

“Great art can sometimes come out of periods of great duress. Today, in the 21st century, we are in a position to revaluate what was really going on in that era, without denying the reality of history. But this is also a sensitive subject — we're talking about the colonial invasion of a culture and it is hard to separate emotionally from that. By saying this is a good painting — is that the same thing as condoning what happened or can you separate that?"