Tiger, Tiger: Can the US and China 'Live Harmoniously'? | Asia Society Skip to main content

Tiger, Tiger: Can the US and China 'Live Harmoniously'? 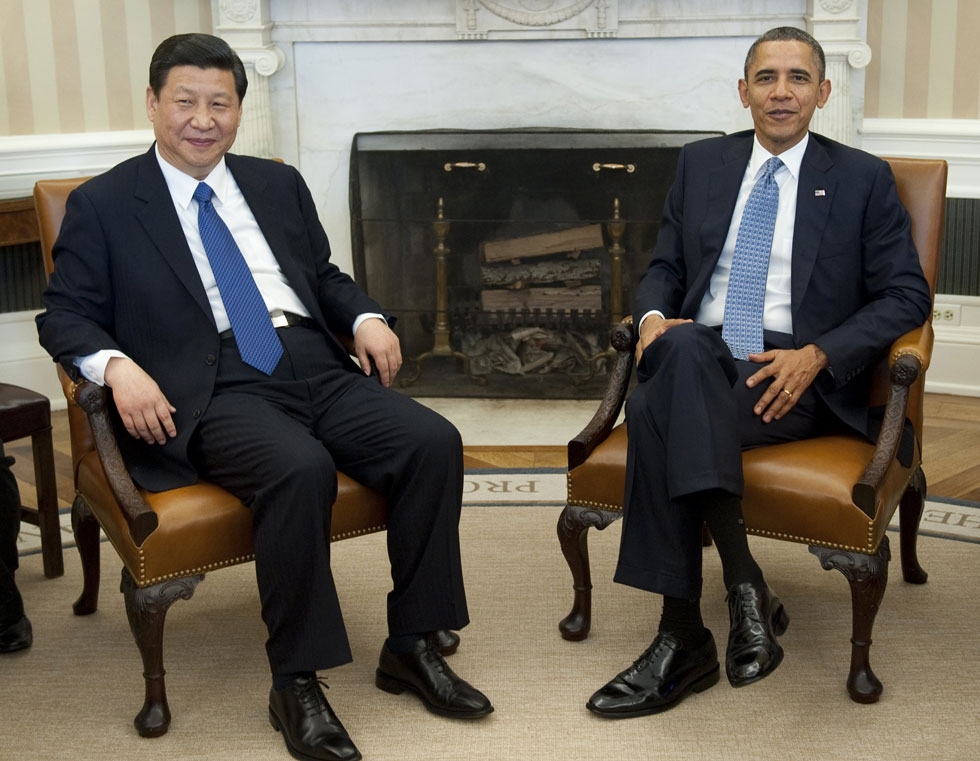 This article was co-authored by Yan Shufen, Government Counsel at the Legislative Office of the State Council, Beijing, People's Republic of China.

Last week, Chinese Vice President (and presumptive president) Xi Jinping and U.S. President Barack Obama, the leaders of the world’s two biggest tigers — one readying for power and the other seeking to remain in power — had their first official meeting in Washington, D.C. While the visit was more show than substance, it presented an important first step in figuring out how the two superpowers will deal with each other on the increasingly important mountain that is the Asia-Pacific region.

As Vice President Xi stated in a Washington Post interview, “The vast Pacific Ocean has ample space for China and the United States.”  But he also warned that for the United States to “deliberately give prominence to the military security agenda, scale up military deployment and strengthen military alliances is not really what most countries in the region hope to see.”

Xi may want to limit the U.S.’s involvement in his neighborhood, but the reality is that both powers will need to ultimately heed one another’s desires, or else risk an escalating confrontation.

One way to move past current disagreements that exist between Chinese and U.S. leadership is to acknowledge both countries’ differences with respect to leadership style and accept them.

While China is largely a top-down system, albeit with increasing transparency and opportunities for public participation in policy-making, the U.S. is a bottom-up democracy with an active civil society and free press.  China must accept that U.S. policy decisions will be subject not just to the White House, but Congress and the Supreme Court. Meanwhile, the U.S. must be ready for Chinese leadership to move quickly on certain issues.

Perhaps most crucial to the relationship is that China is growing while the U.S. is, for the moment, maintaining. These contrasting poses means the U.S. will have to be patient as China finds a stance on certain issues, while China will have to respect the U.S.’s attempt to hang on to its role as global leader.

This is especially apparent in the two countries' approaches to economic development in Southeast Asia: Chinese support for large infrastructure projects has often been viewed by the West as unsympathetic toward local environmental and cultural conditions on the ground.  Conversely, projects backed by Western-influenced multilateral institutions are frequently accused of being mired by arduous safeguards that prevent the accomplishment of larger country or region-wide developmental objectives. Settling such differences will take compromise.

But the U.S.–China relationship is not exclusively marked by differences, and the fundamental shared interests of the two countries lend to a sense of optimism, provided they may be realized.  As Australia’s now former Foreign Minister Kevin Rudd recently stated at the Asia Society in New York, “China wants a peaceful regional and global environment in order to grow its own economy, so that they can enjoy a better life, better than the mass deprivations of the past.”

In spite of the differences, there are sane voices in the leadership of both countries that will hopefully recognize that while the U.S. sees itself as a “Pacific power,” it needs to take care in not subverting China’s efforts as a regional, if not global, leader. As Vice Foreign Minister Cui Tiankai said, “There's great potential for cooperation, and the key lies in mustering enough political will."

In the absence of strong political will and a tendency to blame, rational thought-leaders, can sometimes go unheard. It is critical that this doesn’t happen, because as Cui went on to say, the U.S.–China relationship is “too big to fail."

Unfortunately the rhetoric used by Mitt Romney in Friday’s Wall Street Journal moves the conversation in the wrong direction: “The sum total of my approach,” he writes, “will ensure that this is an American, not a Chinese century.”  Mr. Romney, like many U.S. politicians, believes that success may only come at the expense of the other.

The two countries must not allow election year hysteria and nationalist forces to taint what will continue to be an essential and productive, albeit sometimes challenging, relationship.  Vice President Xi's visit to the U.S. last week, and the respect bestowed upon him by the Obama administration, was an important harbinger of realizing the two countries' potential for achieving mutual gains and overcoming the widely touted “trust deficit.”

While it may be true that “two tigers cannot share one mountain,” China and America, as the Confucian saying goes, can indeed “live harmoniously without being the same.”