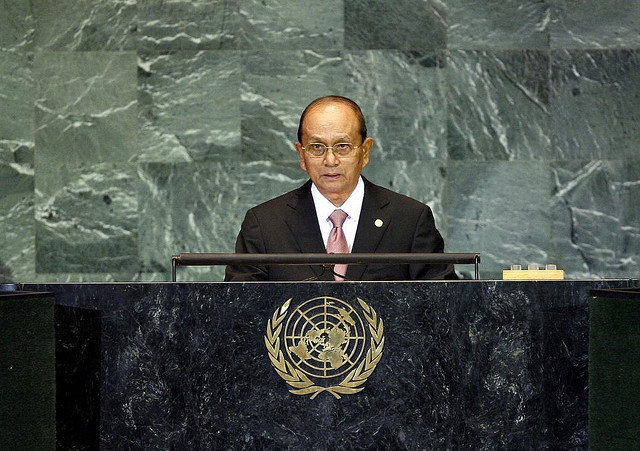 Since Myanmar's National League for Democracy — the opposition party led by democracy advocate Aung San Suu Kyi — won a handful of seats in Parliament last week, a lot of attention has turned to the man many believe is responsible for the opening of the country's formerly tight-fisted rule: President Thein Sein. Part of the reason for this scrutiny is that Thein Sein may also be the person responsible for seeing that reforms continue and that the country does not backslide into dictatorship.

"Successful transitions need strong figures and good leadership, and Thein Sein, even though he's not assertive, has come out as a leader and somebody that the people really like," said Clapp, who is formerly the Chief of Mission at the U.S. Embassy in Burma.

Even so, there are conservatives in the government who may be wary of the developments in the recent by-election, Clapp said.

"I don't think the conservatives are comfortable with the extent of the NLD victories," she told Radio Free Asia. "There are probably a lot of people wondering whether this reform is really the right thing, but if it tends to produce real results and things get better and there is no instability and if the country begins to move forward and people see that it is working, then it isolates the real conservatives and makes it harder for them to sabotage things."

Read more of Clapp's comments on the ongoing changes in Myanmar on Radio Free Asia.