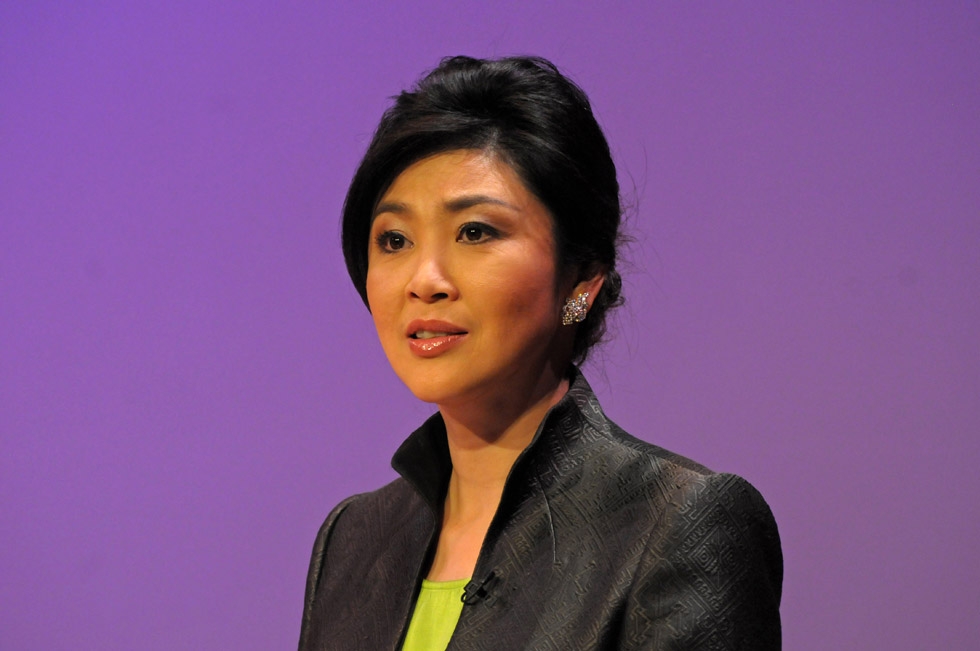 Thai Prime Minister Yingluck Shinawatra said Wednesday her government will "make every effort to help build trust and confidence" among parties in the South China Sea disputes. Shinawatra, speaking at Asia Society in New York, added that Thailand's role as ASEAN coordinator for China issues gives it a unique role to play in the region — as does her gender.

"Perhaps I can bring a bit of a woman's touch to addressing this conflict," she explained to the packed auditorium. "And focus more on what we can do together rather than what divides us."

Earlier in her speech Shinawatra said, "We will not be successful in promoting economic growth and prosperity if there are tensions and conflict in our region. We all have a shared interest in maintaining open sea lanes, safe from conflict and free from piracy. ... We believe that maritime areas such as the South China Sea should be seen as an area of opportunity for cooperation rather than conflict."

Shinawatra's wide-ranging talk was followed by a moderated discussion with Ambassador Eric John, who headed the United States' embassy in Thailand from 2007 to 2010. The two focused on a variety of domestic issues, including the recently released truth and reconciliation report on 2010's political conflict, the country's economic growth and widening gap between rich and poor, and Thailand's role in global food security. Regional topics also came up — including ongoing reforms in Myanmar.

"We saw a lot of progress in terms of their political reform," Shinawatra said. "We would like to see the lifiting of sanctions on Myanmar, because on the political reform and (to grow the economy) Myanmar needs a lot of interaction from other countries to support and help them."

Shinawatra, 45, who assumed office in 2011, was in New York for the United Nations General Assembly. Earlier in the week she launched Thai Restaurant Week in New York and attended a dinner hosted by U.S. President Barack Obama. She also spoke at an event in support of the United Nations' Every Woman Every Child initiative, which aims to improve the health of women and children around the world.