Thai-Cambodia Territorial Spat Offers a Role for the World Court 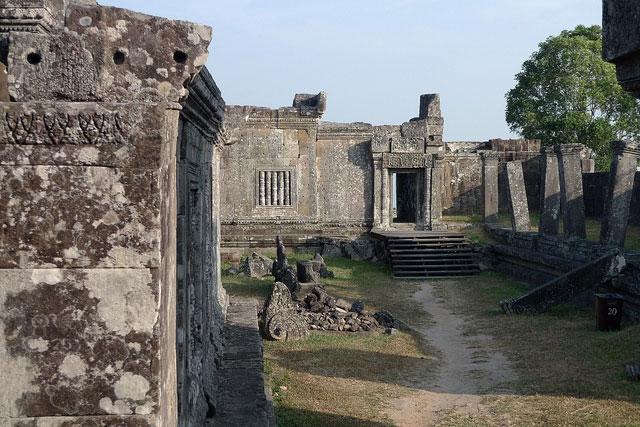 The Preah Vihear temple in Cambodia (shown here in 2010) is the site of a long-running territorial dispute between Cambodia and Thailand. (theonlymikey/Flickr)

International tribunals can and should play a central role in resolving the Thai-Cambodian temple dispute and other territorial feuds in Asia. Last week, Thai and Cambodian lawyers convened in The Hague to present their oral claims to disputed land beside the ancient temple of Preah Vihear. The dispute revolves around whether and how the International Court of Justice (ICJ) should reinterpret a 1962 judgment that awarded the temple to Cambodia but left room for legitimate debate over which state owns an adjoining strip of some 1.8 square miles.

Cambodia asked the Court to revisit the case in 2011 after several years of diplomatic bickering and significant armed clashes in the area. Thailand objects, arguing that the judgment dealt only with the temple and that there is no disagreement on that point. Behind these positions lies a common split between weaker and stronger territorial rivals. Cambodia favors adjudication in a forum that levels the playing field and increases its prospects of victory. Thailand prefers to keep the feud in bilateral channels, where it enjoys superior power, and sees mostly downside risk to a World Court decision.

The Court’s rules enabled Cambodia to apply for reinterpretation unilaterally, but the government of Yingluck Shinawatra still faced an important choice. The nationalist People’s Alliance for Democracy (PAD) pressed the government to deny the ICJ jurisdiction, downplay the process as politically biased, and announce that it would not accept the Court’s ruling. Instead, the Thai government did the right thing. It assembled a strong legal team behind its Ambassador to The Hague Virachai Plasai, engaged fully in the process, and promoted transparency by providing Thai-language live stream of oral arguments from The Hague. That transparency is crucial given the almost unavoidable home-country bias in accounts filtered through the claimant states and their major domestic media outlets.

Thailand’s decision to fight the case zealously carries an obvious risk. Cambodia’s legal claims are strong, and Thailand may lose. Pressure for the Yingluck government to defy the Court’s ruling would be intense, especially from the PAD and allied figures in the army. Indeed, Thai Commander-in-Chief General Prayut Chan-O-Cha has warned that “the government will decide” whether to respect an adverse ruling.

Still, the potential payoffs of a hard-fought and transparent legal battle are greater. A victory would have something that recent Thai policy toward the temple area has lacked: a clear stamp of international legitimacy. A loss would be unpopular, but nationalists would have a harder time painting the government as weak after a strong showing in the courtroom. After years of having its hands tied by nationalist pressure, the Thai government would thus have more flexibility in its response and greater scope to promote economic cooperation and compromise. In that sense, as Kavi Chongkittavorn has argued, the ICJ could provide “a way out” of an unproductive conflict.

Encouraging relatively weak claimants like Cambodia to go to the World Court or other international adjudicators is easy. Getting stronger states to submit to such forums is much harder, as evident in China’s reluctance to see its maritime claims reviewed by the International Tribunal for the Law of the Sea. Thai acceptance of the ICJ’s role — win or lose — would send a powerful signal about its commitment to international law. It would also set a useful precedent in a region beleaguered by asymmetrical territorial feuds with no clear diplomatic paths to resolution.