#TBT: When Robert Frost Was a Featured Guest at an Asia Society Program in 1961 | Asia Society Skip to main content

#TBT: When Robert Frost Was a Featured Guest at an Asia Society Program in 1961 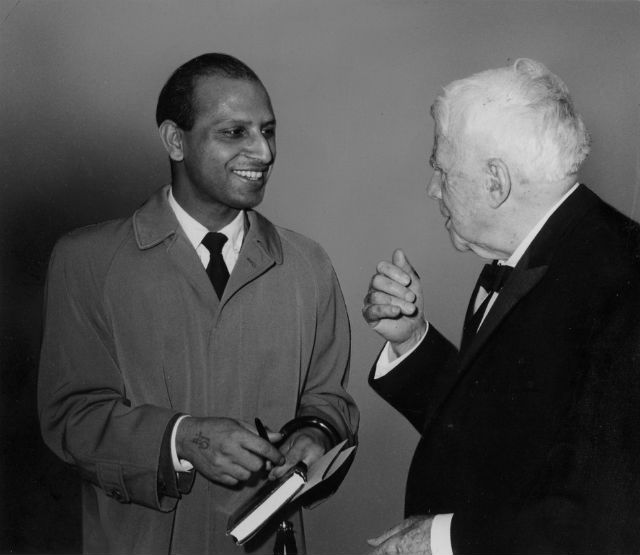 American poet Robert Frost, right, speaks with a guest at an homage to the Indian writer Sir Rabindranath Tagore (1861-1941) in an Asia Society-sponsored program held in New York’s Town Hall in 1961. (Asia Society)