A Tale of Two Viruses: SARS, Bird Flu, and What They Say About China Then and Now | Asia Society Skip to main content

A Tale of Two Viruses: SARS, Bird Flu, and What They Say About China Then and Now 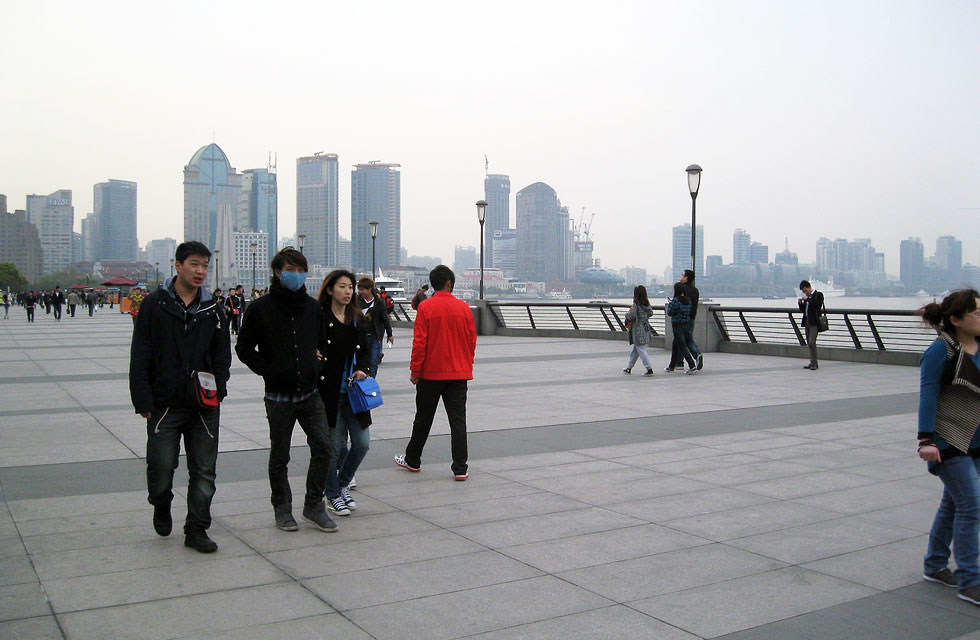 Despite public concern about the emergence of H7N9 bird flu in Shanghai, only a handful of pedestrians walking along the waterfront Bund on April 8, 2013 chose to don face masks. (Maura Elizabeth Cunningham)

It is April, 2003. I am almost finished with my junior year of college, working evenings and weekends and any other hours I can squeeze out of the day as a clerk in the emergency department of a South Philadelphia hospital. I am desperate to escape Philadelphia and have signed up for a summer course in Beijing; I've never been to China before and am not even entirely sure I want to go, but am drawn by the fact that Beijing is literally on the other side of the world from my hometown, precisely 12 time zones away.

This story originally appeared on Los Angeles Review of Books.

I arrive at the hospital one weekday evening and take over from a co-worker, who calls me from home an hour later. She's been watching the news and has just seen a report about a deadly respiratory virus that's hit Beijing — maybe I should reconsider my summer plans, she suggests. My co-worker is an excitable woman who sees catastrophe everywhere she turns. I humor her, assure her I'm sure the news program is making a mountain out of a molehill, and get back to work. There's no way in hell I'm not getting on a plane to Beijing in early June.

Of course, I am wrong. The disease my co-worker has warned me about is SARS (Severe Acute Respiratory Syndrome), which would eventually kill hundreds of people around the world and sicken thousands. Authorities in Beijing have tried to cover up the extent of the disease's spread, but journalists have ferreted out the truth, and everyone I know warns me about the danger of traveling to China. For weeks, I stubbornly insist that SARS doesn't scare me; I refuse to cancel my summer plans.

In the end, the decision is out of my hands. SARS spooks everyone, and the center where I was supposed to study closes and sends all of its foreign students home. I fill my summer with 60-, 70-, 80-hour weeks at the hospital so I'll have money to go somewhere other than Philadelphia once I graduate from college. Eventually, in early 2005, that "somewhere" did turn out to be Beijing after all; but that's another story.

Flash forward to April 2013. On the odd occasions that I think about it, that summer of 2003 represents a Great Unknown in my life: maybe going to Beijing then would have turned out to be a huge mistake, an overwhelming encounter with a sweltering city and a totally unfamiliar language. Maybe that would have been my only trip to China. Or it could have gone in a different direction, pulling me in so completely that I'd refuse to return to Philadelphia and college and the emergency department when the summer term ended. So many possibilities, made unknowable by SARS.

Ten years later, I sit in my Shanghai apartment and scan stories on the Internet about an outbreak of H7N9, "bird flu," the epicenter of which is in my city. Six people have died (one at the hospital up the street from my home) and another dozen or more have fallen ill. Coinciding with the anniversary of SARS, this new threat renews fears that the Chinese government is hiding the truth about the disease, that it will turn out to be far more widespread than officials will admit. But while online chatter is full of these concerns, they seem to evaporate when I step away from the computer and walk around my neighborhood. Street stalls and supermarkets continue selling chicken, though the virus has been linked to diseased poultry and the sale of live chickens banned, and the vast majority of the people outside eschew wearing the surgical face masks that are popular attire on especially smoggy days. I stand in line for breakfast at a food stall and realize I'm surrounded by people coughing, sneezing, and spitting on the sidewalk; no one gives such behavior a sideways glance.

Are we all fooling ourselves, stubbornly pretending, as I did a decade ago, that this too will pass and there's no need to alter our plans or acknowledge the threat of a potential pandemic? Or will this bird flu outbreak turn out to be more consequential than it seems today, a viral mutation that will somehow affect my life, and those of millions of other people in this city, in ways that we cannot imagine? I hesitate to make any predictions — after all, I was totally wrong about SARS.

But I am reasonably confident when I say this: it's harder for the government to hide things in China today than it was in 2003. A decade ago, the country did not have an active population of Internet users dedicated to unearthing official malfeasance and obfuscation, as it does today. The SARS experience made everyone more sensitive to the need for government transparency, and if the Chinese Communist Party's leaders are smart, they recognize that another public health-related debacle could be ruinous to the party's legitimacy. SARS subtly shifted the course of my life (maybe. Who knows?), but it had a tremendous effect on the willingness of the Chinese to accept at face value the stories their government told them. Strange as it may sound, I'm increasingly relying on the party's fear of falling from power to guide it into doing the right thing. That might be the best medicine we have in our arsenal.

Further Reading
Check out Pallavi Aiyar’s Chinese Whiskers, a fictional account of the SARS crisis (and other headline events) as seen through the eyes of two Beijing cats, which I reviewed for the Asian Review of Books in 2011.