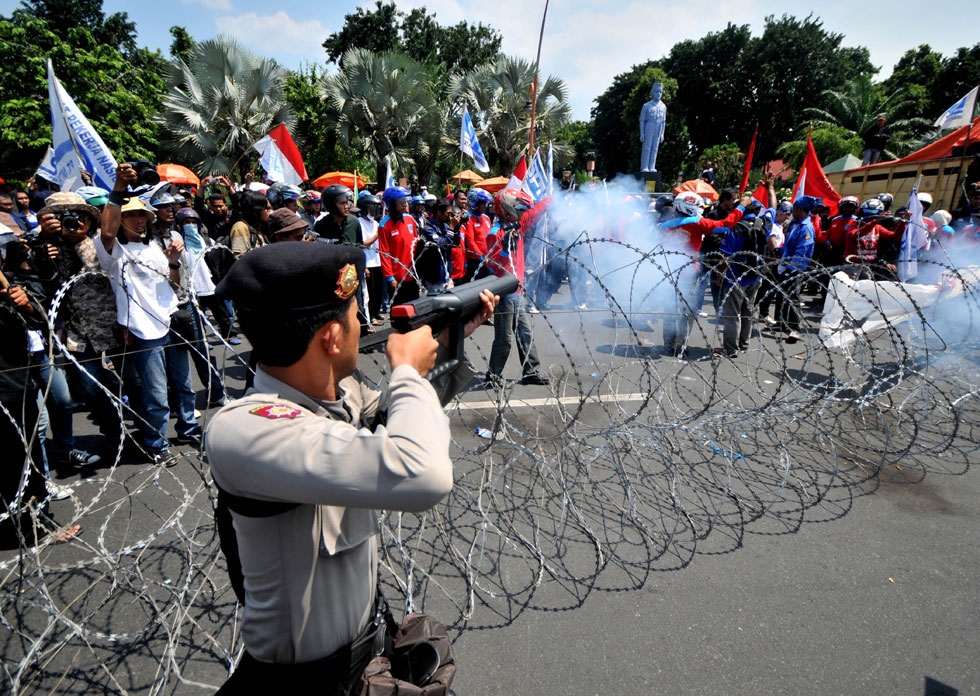 While rising gasoline prices begin to weigh on the minds of more and more Americans, the fuel debate has turned violent in Indonesia. Clashes between security forces and demonstrators angry about government plans to raise fuel prices have escalated in the world's fourth most populous country.

But as Indonesia braces for more protests ahead of parliamentary deliberations to hike fuel prices by 33 percent beginning April 1, attention unfortunately has focused more on the demonstrations themselves than the critical economic and political issues at stake.

The economic rationale for lifting fuel subsidies is undeniable. Indonesian fuel prices — similar to those in the United States — are among the lowest in the world. Subsidies enacted decades ago when Indonesia was a net oil exporter have dropped Indonesian prices to only 28 percent of the global market price. Now a net oil importer, subsides cost Indonesia some $18 billion a year. The cost of maintaining a fixed, subsidized price for fuel rises as the cost of oil increases. As the price of oil has climbed in recent months from $75 to $110 a barrel, subsidies are set to balloon to 4 percent of GDP.

Fuel prices have always been a highly contentious political issue. In 1998, President Suharto’s decision to raise fuel prices helped topple him after three decades in power. In 2002, President Megawati Sukarnoputri scaled back a fuel price hike in the face of widespread protests. President Susilo Bambang Yudhoyono raised the price of a key subsidized fuel to 6,000 rupiah per liter in 2008, but dropped it back to 4,500 rupiah ahead of elections in 2009.

The current debate is unfolding as political jockeying begins for the 2014 election. Eyeing the populist vote, some politicians have opposed lifting subsidies while others are supporting the price hike, happy to pin the blame on Yudhoyono, who is constitutionally barred from running again

Protesters argue that higher fuel prices will inflict a heavy financial burden on the almost 50 percent of Indonesians who live on less than $2 a day. But the poor are not the subsidies’ major beneficiaries. Studies show that 84 percent of the subsidies flow to the richest half of Indonesians.

The government argues that cash payments made directly to the most vulnerable Indonesians will shield them from the effects of the price hikes. With fuel subsidies eating up a greater percentage of the government budget than education, economists argue that re-allocating funds to infrastructure and education will put Indonesia on a more sustainable development path  that will significantly alleviate poverty.

Public confidence in the Yudhoyono administration to oversee such a policy shift is profoundly lacking. In 2009, Yudhoyono campaigned on a reform platform, pledged to deliver economic policies that were “pro-growth, pro-poor, and pro-jobs” and was elected with 60 percent of the vote. Today, Yudhoyono’s approval rating has slid to less than 40 percent as a result of stalled reforms and corruption scandals. The economy has posted growth rates of over 6 percent in recent years, but the benefits have not trickled down. Instead, income inequality has widened, producing deep frustration among those at the bottom rungs of Indonesia’s economic ladder, which manifests itself in protests.

Some fear that widespread frustration with the country’s pervasive corruption, rapacious politicians and growing income inequality could make Indonesia ripe for the type of populist political movements witnessed in countries like Venezuela, Bolivia and Thailand. This in turn could threaten Indonesia’s hard won democratic progress and economic prosperity.

The political and economic stakes in the debate over fuel subsidies are high. Lifting the subsidies to invest in education, social services and infrastructure will not only lay the foundation for long-term economic growth with equity, but doing so will also help reinforce Indonesia’s democratic progress. Alternative policies could undermine Indonesia’s economic and political future.