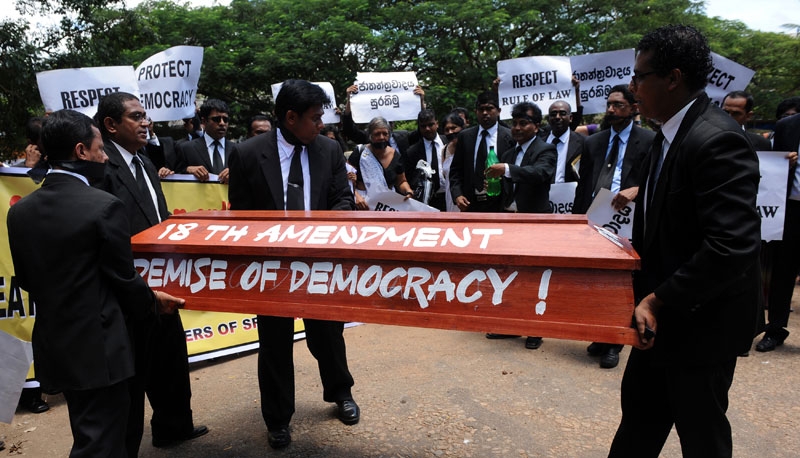 Thousands of Sri Lankans are joining demonstrations against a controversial new amendment to the constitution, which would abolish limits on the number of presidential terms and increase the president's powers. Asia Society Associate Fellow Ahilan Kadirgamar says the "terms would allow the president to make direct appointments to bodies responsible for governance such as the judiciary and bureaucracy."

Kadirgamar said, "the president in recent weeks has been successful in poaching opposition members of parliament to gain the two-thirds majority necessary for constitutional change and is shoving this far-reaching constitutional bill down on the parliament as an urgent bill with little time for review by the Supreme Court or for debate within society at large. While the president is trying to justify these drastic moves as necessary for economic development, in reality it is only likely to undermine the development process accountable to the people."

How do you think the new amendment will change Sri Lanka's political and social stability in the future? Leave your comments below.