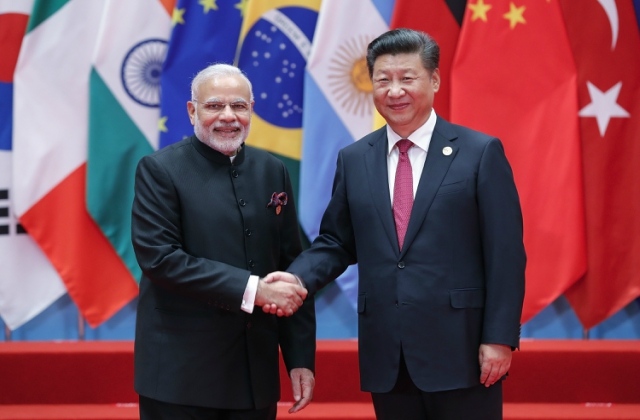 Asia Society Policy Institute Distinguished Fellow Shivshankar Menon recently published Choices: Inside the Making of India’s Foreign Policy. In the book, the former Indian Foreign Secretary and National Security Advisor to Prime Minister Manmohan Singh takes readers behind the scenes of some of India’s most critical foreign policy decisions from the past 25 years. This is an excerpt from the book.

On Tuesday, December 13, a new Asia Society report will offer perspectives for President-elect Donald Trump from regional leaders across Asia who have experienced first-hand the challenges of managing the region's complex relationships. Learn more

A few years ago the Chinese Communist Party got [state-run] CCTV to air a series on rising powers in history. This was after the Politburo had scholars study and learn lessons from previous rising powers, some of which succeeded in becoming number one, including Britain and the United States, and some of which failed, such as Germany, Japan, and the Soviet Union. The leadership wanted its own people to know the results of those studies. The studies showed that when rising powers made the mistake of taking on the reigning hegemon and challenging the existing order too soon, they failed — as Wilhelmine Germany and 1930s Japan had failed. The Soviet Union, for instance, made the mistake of entering into an arms race with the United States that it could not win. China’s strategy today, vis-à-vis the United States, is illuminating: It privileges economy, diplomacy, and force, in that order. There is much to learn from this approach.

Whether China will succeed in its quest to become number one is an open question. China is a lonely power, geographically hemmed in, in a crowded neighborhood where others are rising too, and preoccupied with internal stability and regime survival. But it has surprised the world consistently for the past 30 years and could continue to do so.

From India’s point of view, it is China’s silence or ambivalence about the rise of India that poses a puzzle and a challenge. While the United States has moved from opposition to India’s nonalignment in the 1950s to encouraging India’s rise in the 21st century, China has moved in the opposite direction, from professed friendship and common cause (expressed in the 1950s slogan, “Hindi-Chini Bhai-Bhai” — “Indians and Chinese are brothers”), to the modus vivendi between 1988 and 2008, to the present set of Chinese actions, which constrain India’s pursuit of Indian interests in the neighborhood.

Indians ask why India allows China in South Asia, and why, when China has an encirclement strategy for India, does India not have an encirclement strategy for China? Both India and China are too big to be encircled. We live today in a world in which no one can claim an exclusive zone or area of influence, a globalized world where power reaches everywhere. We should not flatter ourselves that China is fixated on encircling India. The drivers of Chinese foreign policy are likely to remain the quest for status and the acquisition of power — political, military, and economic. China has a greater goal, to become the preeminent power in the world, and India as a major power is dealt with as part of that strategy. In other words, India-China relations do not fall into a simple binary opposition but exhibit a complex interplay in political, economic, security, and other realms.

The pattern of competition side by side with cooperation will likely continue to mark the relationship in the short term. One thing that could affect this prognosis is the fact that India and China (and Japan) have seen the rise to power since 2012 of conservative, authoritarian centralizers, conservative by the standards of their own parties and societies, with little experience of central government and foreign policy and strong ideological predispositions to nationalist, even chauvinist rhetoric. Though the leaders have been careful in their public utterances, the terms in which foreign and security policies are discussed in China and India (and Japan) have become much more shrill. Anti-foreign views, jingoistic slogans, intolerant ideas, and downright bad manners are common, and not just on the Internet. These behaviors would not matter in normal times, but governments today are under stress, and could seek external release from internal difficulties.

Nevertheless, I am not pessimistic about the future of India-China relations. Both countries have shown the ability, after a disastrous start in the late 1950s and 1960s, to learn from experience and to reorient policy, and both have a long tradition of statecraft to draw on. Strategy consists of making the most of available means to achieve one’s goals. India’s goal is to transform India. China, like the United States, or the world economy, for that matter, is a fact of life. Indians must learn to use the rise of China to achieve our goals. Where it is a hindrance, deal with it — prevent it, eliminate it, work around it, divert it. That is strategy, not a listing of tanks and weapons. And if all else fails, wars are won by a combination of men, ideas, and weapons, not just one of those factors.

Avoiding war and attaining one’s goals is the highest form of strategy by any tradition or book, whether the strategist is Kautilya (Chanakya), Sun Tzu, or Machiavelli. The Indian government’s record over 68 years of independence shows it has not done badly in moving toward the main goal of transforming India. And that requires that the national security calculus be continually adjusted to reality even as the overall goal is kept in view.

Reprinted with permission from Choices: Inside the Making of India’s Foreign Policy by Shivshankar Menon (Brookings Institution Press, 2016).