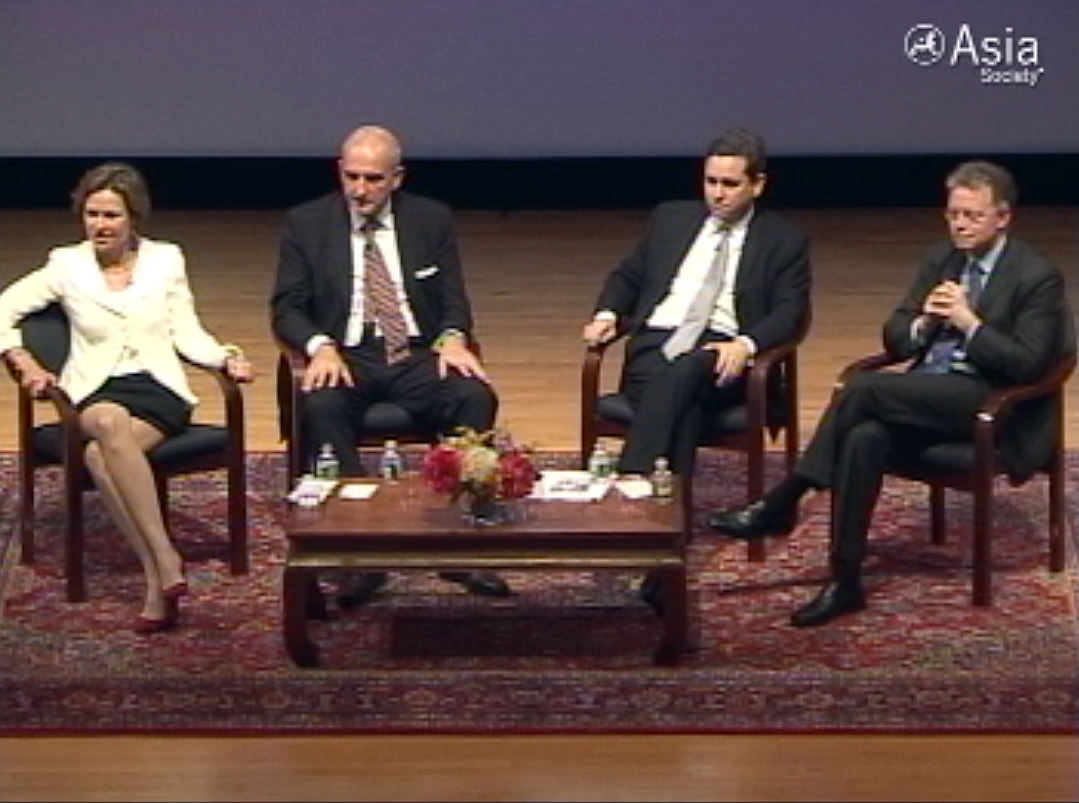 Former Asia Society Chairman Richard C. Holbrooke, who died in December 2010, was a pivotal player in U.S. diplomacy for more than 40 years. As a diplomatic troubleshooter he worked for every Democrat president since the late 1960s and oversaw negotiations that ended the war in Bosnia.

Holbrooke served as President Obama's special representative for Afghanistan and Pakistan from February 2009 until his death in December 2010. In that role he was principally responsible for the diplomatic and civilian component of America's Afghanistan strategy, focused on helping Afghans rebuild their state institutions.

Yesterday Asia Society New York commemorated the publication of The Unquiet American: Richard Holbrooke in the World, a collection of essays by friends and colleagues who knew him best, as well as excerpts from Holbrooke’s own trenchant writing. The event took off with a panel discussion moderated by New York Times Op-Ed columnist Roger Cohen that included journalist Kati Marton (Holbrooke's widow), historian Gordon M. Goldstein, author of Lessons in Disaster: McGeorge Bundy and the Path to War in Vietnam, and two-time Pulitzer Prize–winning journalist David Rohde.

In the wake of NATO's bombing of a Pakistani military outpost the preceding weekend, which threatened to send U.S.-Pakistani relations to a historic low, the panelists perhaps inevitably reflected on how things might have been different had Holbrooke not died suddenly nearly one year ago. Rohde, for instance, commented that Holbrooke's innate diplomatic instincts enabled him to "get" how America's relationship with Pakistan has to be founded on respect — a position, he suggested, that may be lost on other U.S. officials.

Below are some of the highlights of the event.

David Rohde discusses what Holbrooke "got" about America's relationship with Pakistan (2 min., 37 sec.):

Rohde on India's reluctance to be linked to Holbrooke's Afghanistan-Pakistan portfolio (3 min., 4 sec.):

Gordon M. Goldstein on how Holbrooke's Vietnam experience affected his uneasy relationship with the Obama Administration regarding military vs. civilian options in Afghanistan (1 min., 53 sec.):