Revealed: The Asian 'Global Thinkers' Who Made Foreign Policy's Top 100 List for 2012 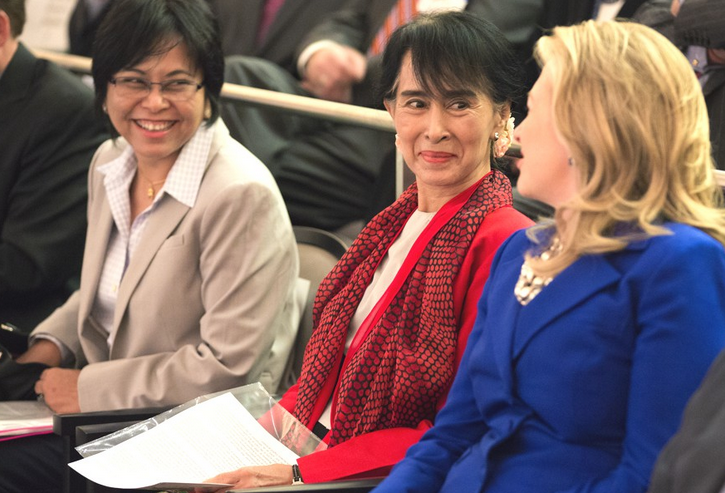 Foreign Policy has just released its list of the "100 Top Global Thinkers" from 2012. Not surprisingly, Asian leaders, activists, and intellectuals are featured prominently in the list — several of whom have appeared at one or more Asia Society centers this year.

Topping the list in a tie for first place were Nobel laureate and Myanmar parliament member Aung San Suu Kyi and Myanmar president Thein Sein, characterized in the sub-head of Foreign Policy's article by U.S. Assistant Secretary of State for East Asian and Pacific Affairs Kurt Campbell as "the political odd couple driving democratic reform in Burma." Both figures joined Asia Society in September to discuss Myanmar's dramatic reforms and the work still to come. In an event at the U.S. Institute of Peace in Washington, DC on September 18, Daw Suu received the Asia Society Global Vision Award after being introduced by U.S. Secretary of State Hillary Clinton, who appears at number 3 on the list. Video of that appearance is embedded below:

Thein Sein delivered his first public remarks in the United States at Asia Society New York soon after, on September 27. Discussing the dramatic reforms carried out since he took office in March 2011, he stated, "We will have to try to meet the democratic standard that has been set internationally. We will have to accept diversity, and then we will also have to try to establish a harmonious society."

Environmental journalist Ma Jun, number 69 on the list, is one of China's most prominent environmental activists. Ma was interviewed by Asia Society this spring in "A Story of Invisible Water," the first video in a series on China's massive South-North Water Diversion Project by Asia Society's China Green initiative.

Indian critic and journalist Pankaj Mishra, at number 86, visited several Asia Society centers this fall to discuss his most recent book, From the Ruins of Empire: The Revolt Against the West and the Remaking of Asia, a perspective on the making of the modern world through the intellectual and political journeys of three Asian scholars. In an interview with Asia Blog this September, Mishra stated, "We need a different idea of political community and citizenship," arguing that the intellectuals profiled in his book "in their own way were trying to articulate that, and say that political and economic ideas deriving from the colonialist and expansionist societies of the West were mostly unsuited to Asia, and, if adopted by Asia, would lead to vicious conflicts of the kind that had ravaged Europe. We can already see the alarming potential of European-style wars over territory and resources in the growing disputes between China and its neighbors."

Other Asians who made the Foreign Policy list include Chinese dissident Chen Guangcheng, at number 9, and artist and activist Ai Weiwei (number 26), whose photographs from his years in New York City were exhibited at Asia Society Museum in 2011.

To view these and the remaining Asians on the list — including Malala Yousafzai of Pakistan, the teenage schoolgirl wounded by the Taliban in October (number 6) — and to see the complete ranking, visit the Foreign Policy website.