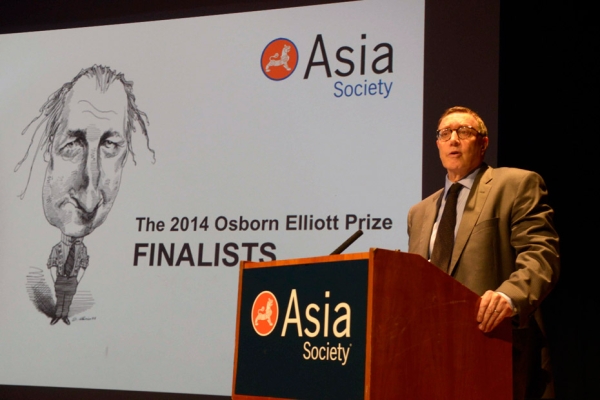 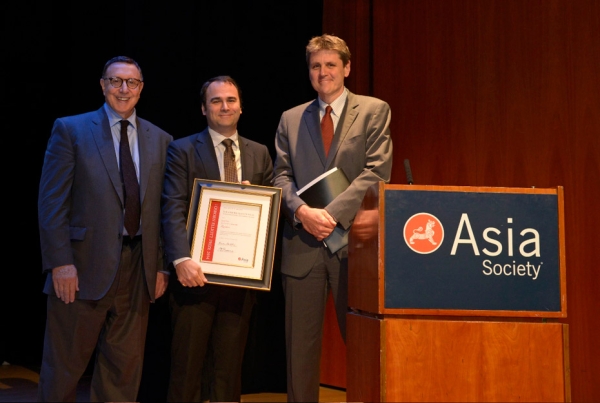 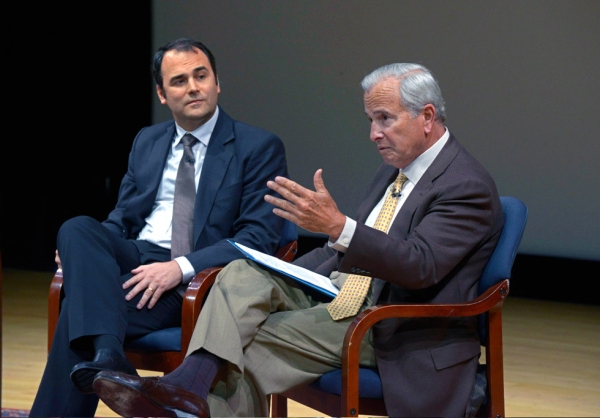 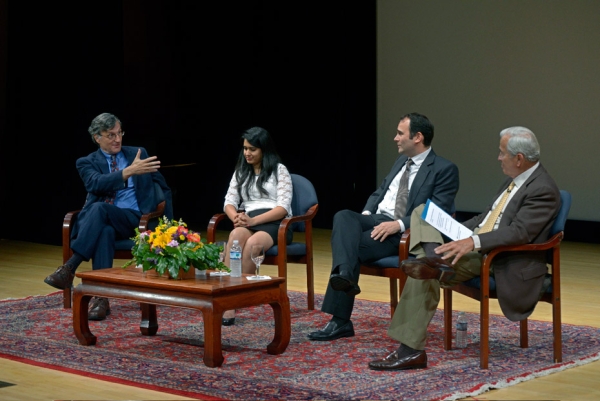 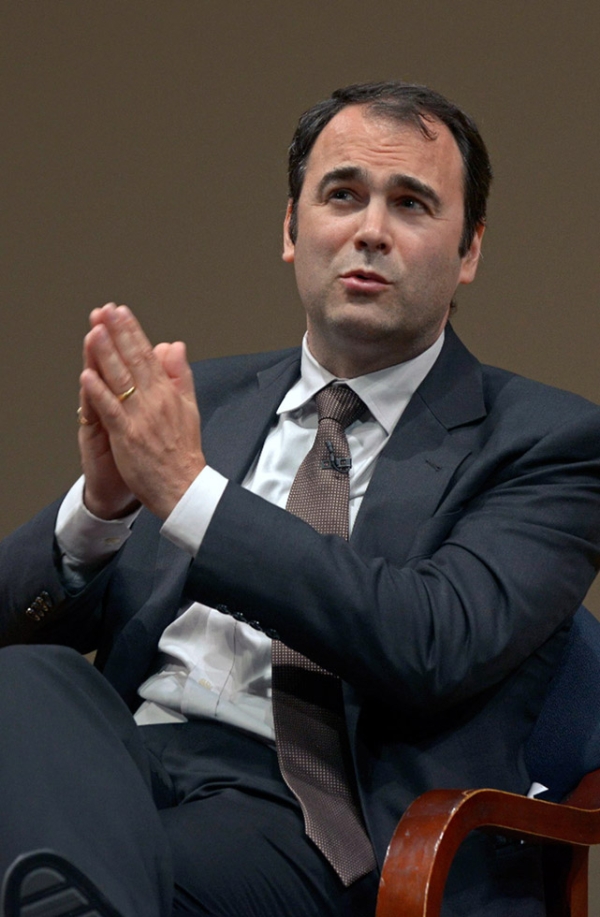 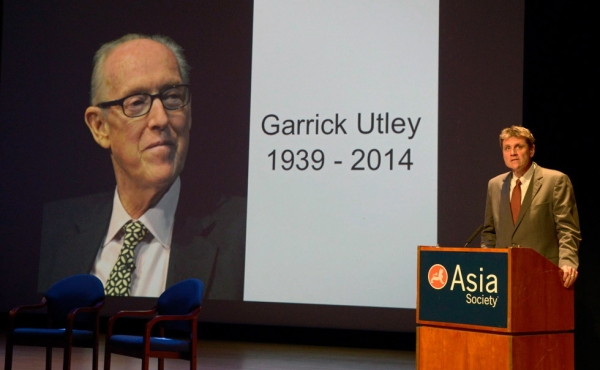 NEW YORK, June 19, 2014 — When Myanmar first opened up to the world in late 2011, Reuters Southeast Asia Bureau Chief Jason Szep admitted last night at Asia Society, his “understanding of the dynamics in these areas was fairly new to me.” Szep and his colleague Andrew R.C. Marshall were awarded Asia Society's 2014 Osborn Elliott Prize for Excellence in Journalism in Asia for their work chronicling the chilling predicament of Myanmar's Rohingya people.

Time Inc. Chief Content Officer Norman Pearlstine, who chaired the jury that chose the winners, spoke highly of the Reuters duo. The work of Szep and Marshall is “as good as anything I recall reading in the years that I have been chairing this jury,” he said.

Now its 11th iteration, the Osborn Elliott Prize commemorates outstanding journalism in Asia by awarding $10,000 to a writer or team responsible for the year’s best example of journalism in Asia in terms of originality, creativity, depth of research, and educational value. The “Oz Prize” bears the name of the late Osborn Elliott, who helped sculpt a more populist breed of journalism as the longtime Editor-in-Chief of Newsweek. The independent jury assigned the daunting task of selecting this year’s winner included numerous distinguished writers and industry leaders.

Following the brief award ceremony, Asia Society hosted a panel discussion to explore the state of journalism in Asia and elucidate a few of the challenges that foreign journalists face as they navigate the treacherous terrain of government bureaucracy, and worse, in present-day Asia.

Oz Prize winner Jason Szep spoke candidly about the official pushback he and his colleagues weathered after Reuters published hard-hitting pieces on the Rohingya.

A member of the Wall Street Journal team honored as finalists for this year’s Oz Prize for their reporting on the New Delhi rape case, Preetika Rana has helped to shed light on some of the forgotten voices present in the aftermath of that crime.

“It was frustrating, but also compelling and eye-opening,” noted Rana of the eight months she spent shadowing five young policewomen. “We found that women who were thrust on the front lines of India’s battle against women … were bogged down by [India’s patriarchal] tradition. One of the young women we followed would never go home alone.… She said, even as a cop she didn’t feel safe on Delhi’s roads.”

The venerable New York Times labor and workplace reporter Steven Greenhouse investigated the multiplicity of factors that lead to the Tazreen factory fire and the Rana Plaze building collapse, which in total resulted in the deaths of over 1,200 workers in Bangladesh. With his colleague Jim Yardley — who reported on the ground from Bangladesh and was also a finalist for the 2014 Oz Prize — Greenhouse tracked the Western companies that fulfilled manufactured their products in Bangladesh.

A friend of Osborn Elliott himself, Ken Auletta served as moderator of the event. As a staff writer for the New Yorker, Auletta has penned the magazine's "Annals of Communications" column since 1992, in addition to 11 books.

Christine Chung and Saahil Desai contributed to this post.