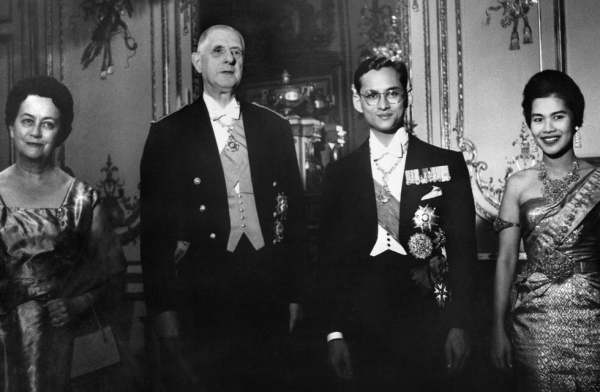 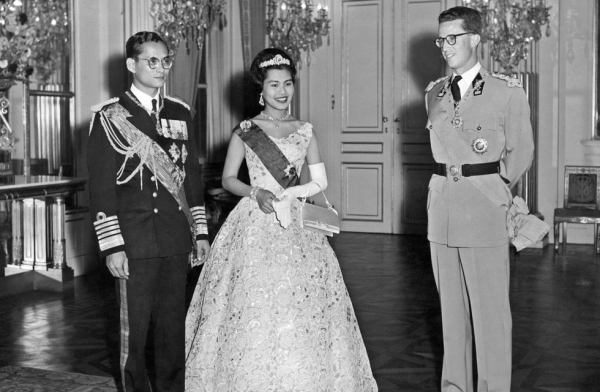 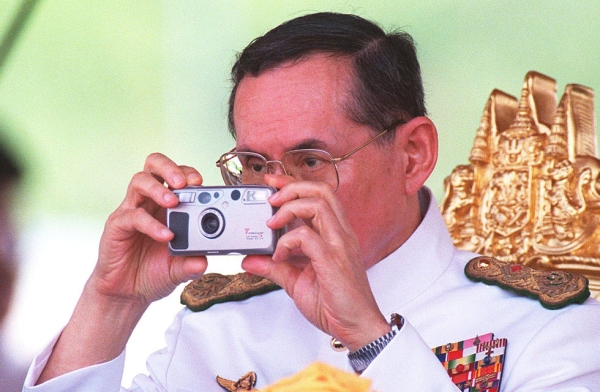 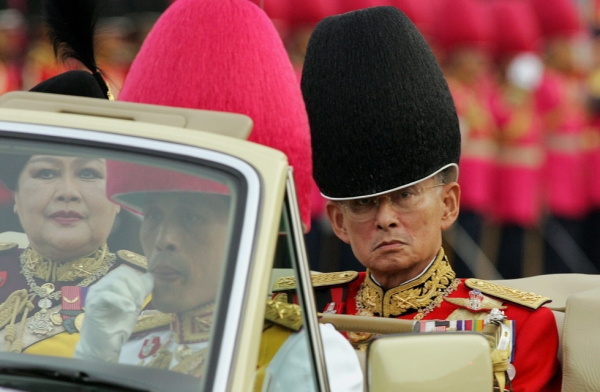 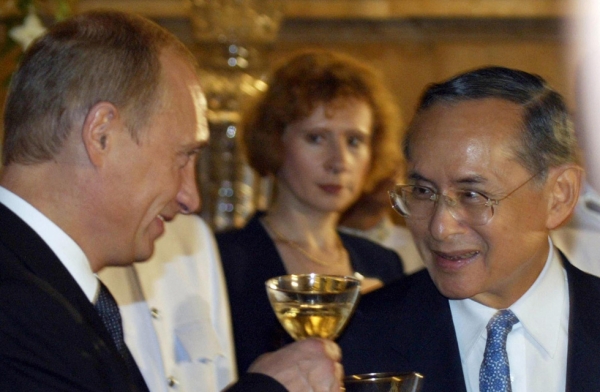 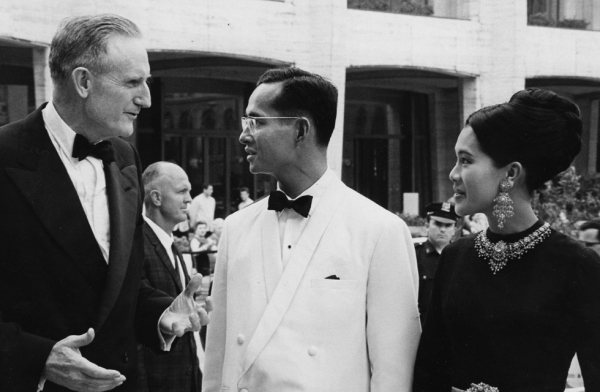 Americans are accustomed to reacting with skepticism when we see a nation’s leader’s image everywhere — on the currency, in the press, hanging in homes and shops, and splashed in banners on almost every public occasion. Such public reverence is usually reserved for returning astronauts or champion athletes. But that’s short-lived. Political leaders might land on the currency or Mount Rushmore — but certainly not while they’re still living.

We don’t care much for kings and queens, either. After all, this country exists because we shed the shackles of a monarchy.

I found myself reflecting in this way when the news came of the death of Bhumibol Adulyadej, Thailand's king for seven decades and a figure of unparalleled reverence in his country, died on Thursday at the age of 88. Over the last century, he was perhaps the most revered leader the world has known.

Banners and portraits bearing his image were indeed everywhere in Thailand. You couldn't travel anywhere in the country — from the airport where you landed to homes and shops in the smallest of villages — without seeing that face: serious, bespectacled, sometimes with the faintest hint of a smile. As a journalist, you also couldn't begin your work without knowing the strict lese-majeste laws which forbade even the slightest criticism of the monarch or the monarchy itself.

But if such laws, portraits, and posters inspired thoughts of a Soviet-style personality cult — Lenin and Stalin, after all, were omnipresent, too — in Thailand there was reason and heart and sincerity behind the reverence. Even an occasional student of Thailand or visitor to the country will thus understand the crowds wailing outside the palace today. Such scenes, no doubt, will be replicated across the nation in the days to come.

After King Bhumibol's passing, what's next for Thailand? Read our interview with country expert John Ciorcari about how the country will move forward without its beloved monarch.Learn more

Bhumibol was a king who traveled tirelessly in his country, without pretention, working to help his countrymen, not with grand and king-like pronouncements but in grass-roots, get-your-hands-dirty fashion. He took it upon himself to personally visit and support all manner of development projects, from irrigation for rice crops to milk pasteurization to finding natural sources for energy. He once adopted a stray dog and then chastised countrymen who purchased expensive breeds. As the New York Times correspondent Barbara Crosette has written, "Thais came to see this Buddhist king as a father figure wholly dedicated to their welfare." The sum-total of that dedication, all those good works, and the character and personality he showed along the way was the elevation of the monarchy to its place as Thailand's most trusted institution.

This monarch was an intellectual, too, and something of a Renaissance figure — he was a fine photographer and painter who also played jazz saxophone and clarinet. And if others in his country couldn't mock the monarchy, the king himself showed flashes of self-awareness and humor. He called the Broadway musical The King and I (and the book it was based on) a "fairy tale ... written to amuse people more than to tell the truth.” And in an address to the nation in 2005, he dismissed the idea of the monarchy's infallibility. “Why is it that the king can do no wrong?” he asked. “This shows they do not regard the king as being a human. But the king can do wrong.”

Perhaps most importantly, King Bhumibol was a unifying force in a nation that needed one, time and again, during those 70 years. A dozen political uprisings came during his rule, most but not all of them non-violent, each one threatening a nation famous for its cultures of sabay ("relaxed") and sanuk ("fun"). In every instance, the king proved himself a voice for calm and for stability, unafraid to prod political leaders and steer the nation from the brink of chaos. Because his voice was so widely respected, it is no exaggeration to say that King Bhumibol saved many lives.

Now will come an uneasy time for a nation that has had an unusual (for Thailand) degree of uneasiness lately. The king's only son, Crown Prince Vajiralongkorn, has been named the successor to the throne. This is good news, in that at least there will be no uncertainty within the palace itself. But it is not a criticism to state the obvious: The crown prince has nothing like the charisma and following of his late father. Politically, Thailand is currently functioning under military-backed rule, in the wake of a decade of instability catalyzed by the 2006 coup against Prime Minister Thaksin Shinawatra and then another that drove his sister Yingluck from power in 2014. The current rulers have promised a democratic vote in 2017 but the nation remains deeply divided. And one of Asia's strongest economies has suffered as a result.

The fear is that King Bhumibol's death — though certainly not unexpected — will bring fresh instability at a moment when Thailand can ill afford it. A day before his passing, the Thai stock exchange and currency both fell steeply on the news that he was gravely ill. There is another possibility, however. A hope is that in mourning and grief, Thailand receives one last gift from its late king — one more unifying moment that brings the country’s factions together. It would be a fitting legacy for a truly remarkable man.