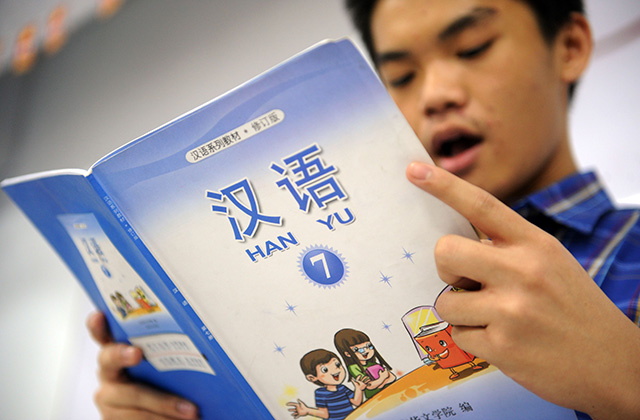 China’s economic emergence in recent decades has pushed tens of thousands of American students to study Mandarin. But many who learn the language report getting more out of it than just a competitive edge and a communication tool. In fact, recent studies have even suggested that learning a second language literally changes the way you think and view the world.

Two weeks ago Asia Society hosted more than 1,200 Mandarin teachers, learners, administrators, and other professionals at the 2015 National Chinese Language Conference in Atlanta. During the conference, Asia Blog spoke with several accomplished Mandarin learners and asked them: “What are some of the unexpected things you’ve gained by studying Chinese?” This is what they had to say:

Through learning Chinese, I learned so many aspects and events from Chinese history, and being able to compare and contrast with events in the U.S. was very helpful. I remember initially I found it a bit puzzling that my foreign peers [in China] were referred to just as waiguoren (foreigners) and I was specifically thought of as feizhouren (African). I asked people why they assumed I was from Africa. That tended to open up a lot of dialogue about American history and history in general, and my background. I used that as an opportunity to educate people, and in the process, ended up learning a lot about myself. Although it was initially puzzling, I’m really grateful for opportunities like that. It makes you question things about your own culture and it’s great to draw upon that knowledge and continue to compare and contrast when relevant.

[Learning Chinese] is very fulfilling because I’m a very big idealist and humanist, and I believe in peace and promoting it. Most people don’t understand just how similar we all are in the sense that, no matter where you come from, we’re mostly the same regardless of all the surface level factors that make it seem like we’re not. It’s the travel business that I’m really emphasizing because I honestly believe travel is the best way to make people realize that everybody is pretty much the same. In fact, Mark Twain had a quote about how travel is “fatal to bigotry and prejudice,” and that’s why so many people sorely need it.

I think by learning the language and learning the culture we’re able to interact on a different level. I was in China last week with a government delegation and the individual I was with only spoke English. It was welcoming, but kind of a cold interaction between this gentleman and the Chinese side because English was their second language. But when I started speaking to them in Chinese, all those barriers broke down and we developed this great relationship. So I think what’s been most rewarding and special for me is being able to develop very meaningful relationships with Chinese people and then being able to connect our students with those relationships, and also helping them to be able to create those relationships themselves.

I’ve always just used Chinese to learn more about other aspects about China, like the One-Child Policy, economics, and international trade. Chinese has just been a tool for me to explore so many things and also discover things I never thought I would know about, like gardens in Suzhou, or the Tibetan plateau. Chinese is a tool and it’s the best tool because you can do one-on-one interviews and just get to know new people who otherwise maybe never would have talked to a foreigner.

It’s changed the way I look at my own country and the ability to see how people think about things and approach a topic. If it’s similar to my culture, I learn something, if it’s different I also learn something. Having another reference point is really great. From a practical standpoint, I’m able to be a creative professional comedian at the age of 24, and a huge part of that is because I can do it in Chinese. If I was doing this in English it’d be harder to make such a clear distinction, and I don’t think it’d be as much fun because there’s a part of me that’s like a culture scholar. Being a comedian is a perfect place to be a culture scholar because you have to learn everything about the culture.