President Obama May Not Bluff, But He Needs to Engage Iran | Asia Society Skip to main content

President Obama May Not Bluff, But He Needs to Engage Iran 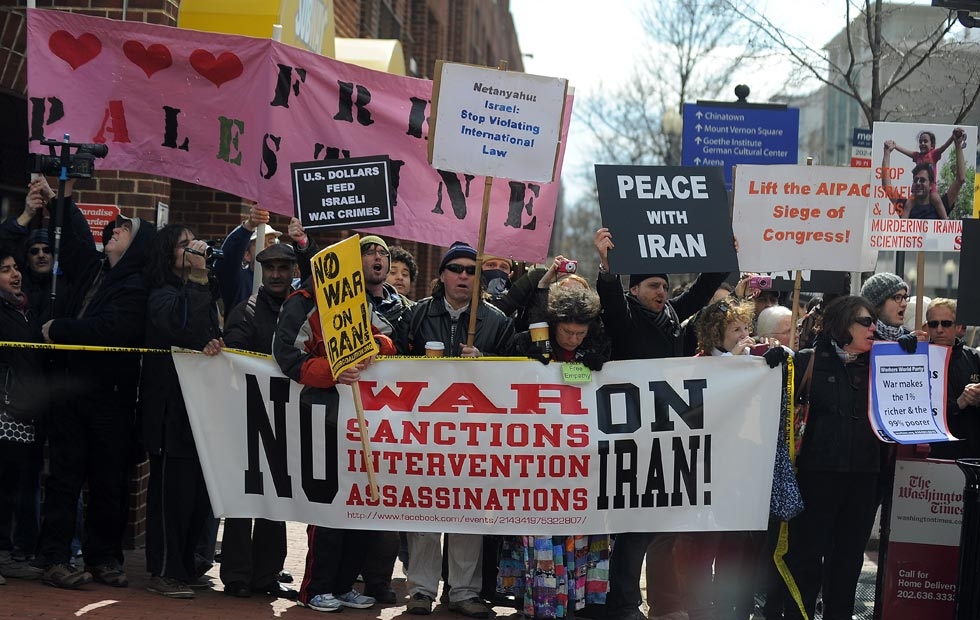 Amid rising speculation that Israel is preparing to strike Iranian nuclear facilities, President Obama addressed the annual meeting of AIPAC over the weekend. Mr. Obama made it clear that the U.S. was ready to use military action to stop Iran from obtaining a nuclear weapon, echoing his pointed "I don't bluff" remarks last week.

There is no doubt that when Mr. Obama meets with Israeli Prime Minister Benjamin Netanyahu today he will make  the case that both nations share the same "red line" — Tehran crossing the threshold toward nuclear weaponization. A key obstacle to reaching any consensus on the way forward is what Israeli Defense Minister Ehud Barak has called a "zone of immunity" — the point at which Iran’s key nuclear activities are no longer vulnerable to Israeli air strikes. Mr. Netanyahu believes that this point could be reached in the coming months.

At the AIPAC meeting, Mr. Obama also warned that "too much loose talk on war" only helps Tehran and reiterated his belief that a course centered around diplomacy backed by pressure could still succeed.   On the pressure front, the U.S. has mobilized an impressive international coalition focused on economic coercive measures aimed at forcing Iran to curb its nuclear activity, including sanctions on its central bank and reducing its oil exports. With its currency, the riyal, having lost half its value since September, the administration's pressure track has placed an enormous strain on Iran's economy while diplomatically isolating its leadership.

After a one-year lull, Iranian officials recently announced that they are ready to return to negotiations without preconditions. It is now time for Washington to match its pressure tactics with an equally aggressive diplomatic strategy. A problem with the escalating talk about attacking Iran is that it is sucking all the air out of the room for a real discussion about diplomatic alternatives. The Republican debates, which have been devoid of any real discussion on options short of military action, are a case in point.

A robust diplomatic strategy should not be limited to the 5+1 forum, which includes the U.K., the U.S., France, Russia, China and Germany. Efforts to directly engage Tehran on a bilateral basis on the nuclear and other issues also should be pursued.

The past three decades are strewn with failed attempts to engage — when one side was ready the other wasn't. As such, it is difficult to be optimistic about the prospects for setting a new course in U.S.-Iranian relations.

But the stakes are now too high to do anything less. There currently is a debate within Iran about whether nuclear weapons would enhance its security by providing a deterrent against external aggression. A serious diplomatic effort that gives Tehran a face-saving way out must be pursued before Iran's leadership determines it is too backed into a corner to make compromises — a scenario that would only serve to strengthen the hand of those in Tehran who favor acquiring nuclear weapons capability.

Suzanne DiMaggio is Vice President of Global Policy Programs at Asia Society. For the past decade, she has been engaged in U.S.-Iran Track II diplomatic initiatives with Iranian officials and experts representing various power centers in Tehran.