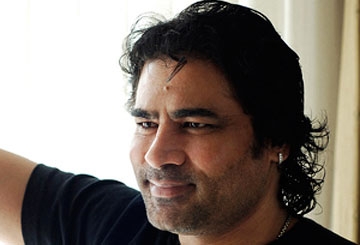 LAHORE — Shafqat Amanat Ali Khan is one of Pakistan’s superstar singers, an embodiment of the dynamism inside South Asian music. The mix is full of contradictions and surprises, starting with the rule of thumb that — for all the agonies associated with the border between them — India’s Bollywood leans heavily on Pakistani musicians, and Pakistani audiences can’t get enough of movies from Mumbai. Add to the ironies of the partitioned Punjab that Shafqat, a Pakistani, is extending a family song tradition, the “Patiala gharana,” rooted in the town of Patiala, which is now in India. He is singing village music that’s gone global, “classical” music gone wildly popular.

In his studio in Lahore, Shafqat is walking me through other nice juxtapositions: in his family the men do the singing in public, but it was his grandmother and the women at home who trained him and his brothers — with a stick — to get it right. His standards are traditional and classical, but the art is highly improvisational. “We’re open to all sorts of ideas and experiments and all good things being done by musicians all over the world,” he’s telling me. The singers he loves most these days? John Denver! Michael Jackson! “The Michael Jackson,” as he says. Lionel Ritchie. Whitney Houston. Stevie Wonder…

Shafqat Amanat is no relation by blood, and only a cousin musically, of the immortal Nusrat Fateh Ali Khan, who sang the devotional Qawwali music of the mystical Sufi tradition. Shafqat has invested his own heavenly voice in a Sufi spirit that is, and isn’t, explicitly religious. “We believe in Sufism,” he put it. “It’s about humanity, and not fundamentalism.” His daily warm-up routine includes singing the name of Allah “to get that perfect round ‘aaaaah’ sound,” he smiles. “In God We Trust.”

Shafqat’s commercial career took off with a fusion band, called Fuzon, and then with a Bollywood song, “Mitwa,” that went high on the charts in India. He tours the world now, but the pleasure of his work — and his company –comes still from the sense of a man spinning songs without words, “straight from the heart,” jamming with a friend or two on guitar and bass, listening for what they like. That was the experience, he says, that “made me what I am.” The best night of his musical life, he recounts, was in Italy not long ago, on a stage with seven musicians he’d never met before — an Armenian Jew, a Buddhist, a Hindu, a Muslim, a Christian, a Parsi and maybe an atheist. “It became a very powerful piece. I can’t explain. Maybe some power that was unseen was just standing there and conducting the whole thing.”