Photos/Interview: Portraits of Cambodian Diaspora, from Cali to The Bronx | Asia Society Skip to main content

Photos/Interview: Portraits of Cambodian Diaspora, from Cali to The Bronx 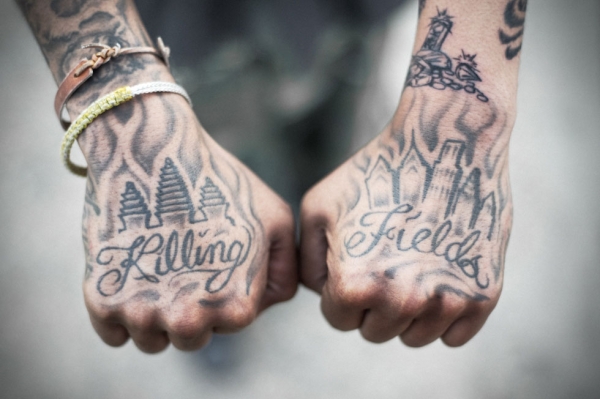 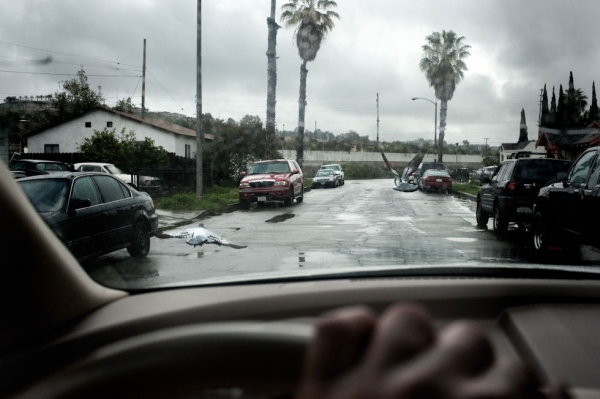 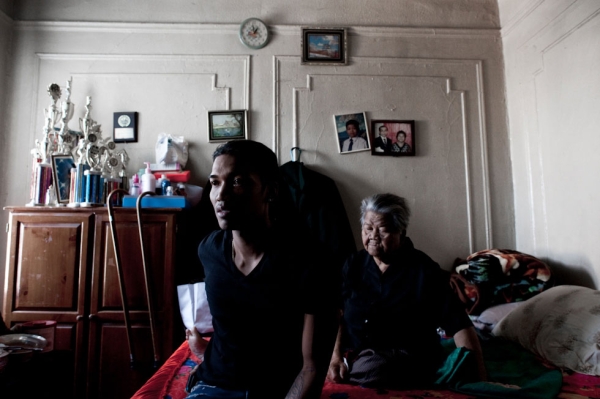 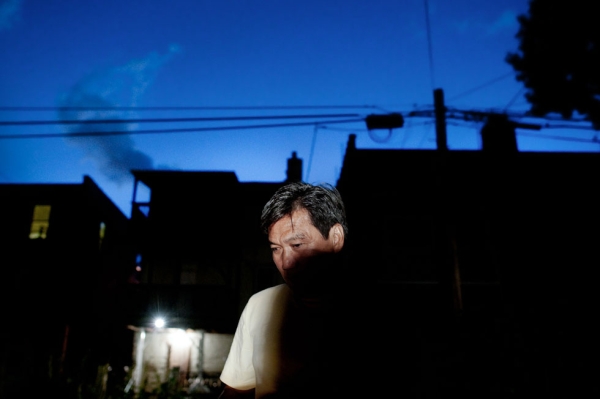 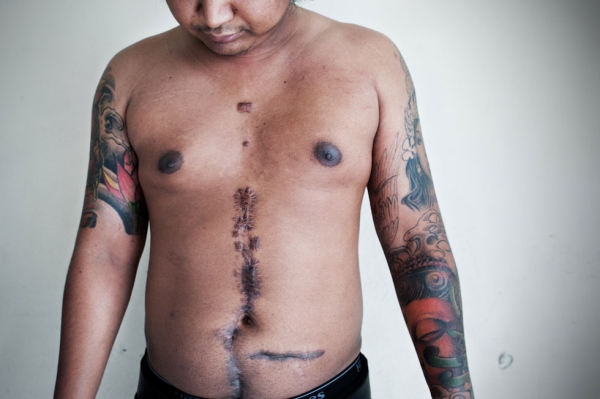 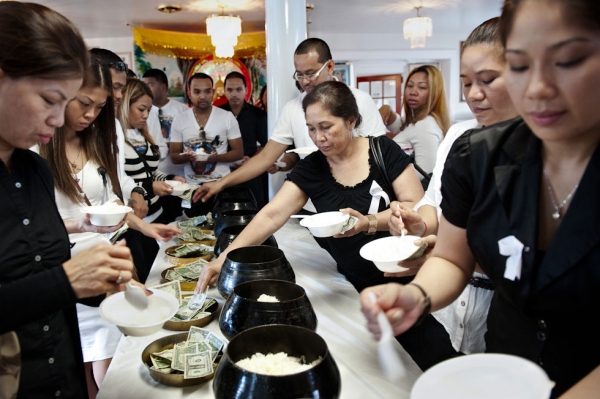 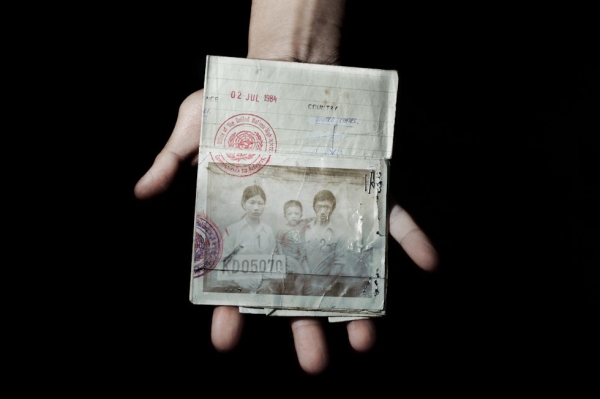 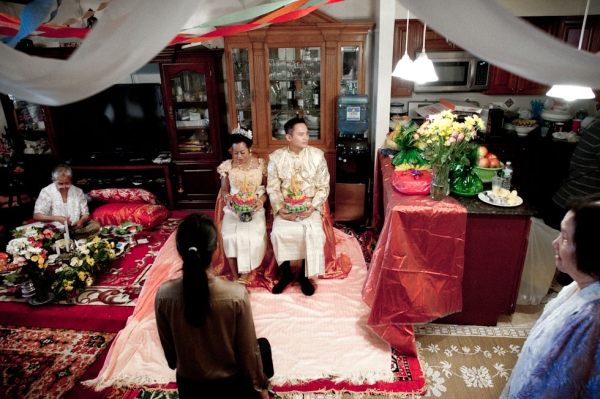 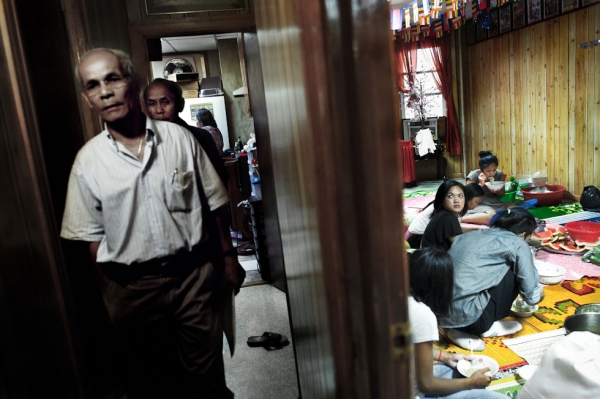 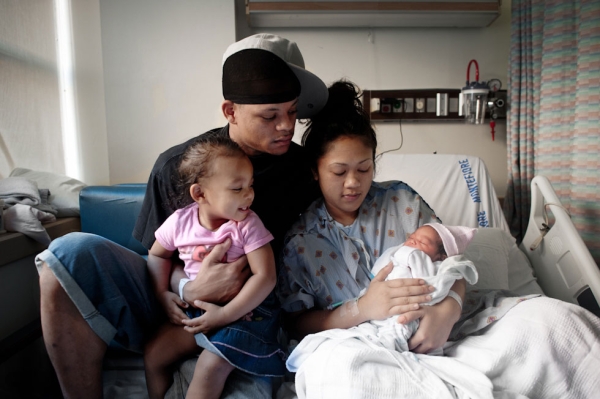 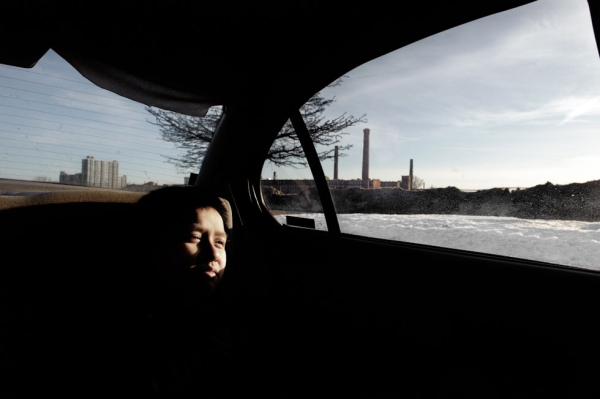 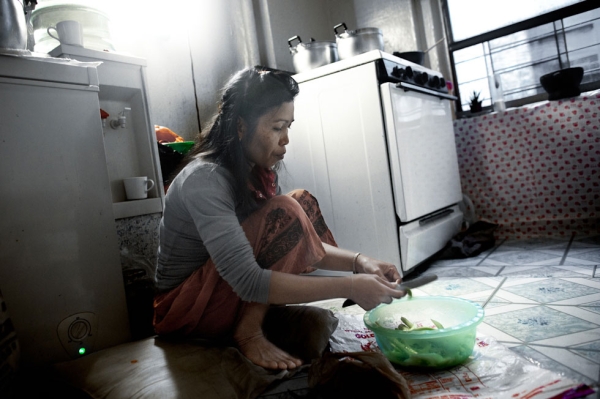 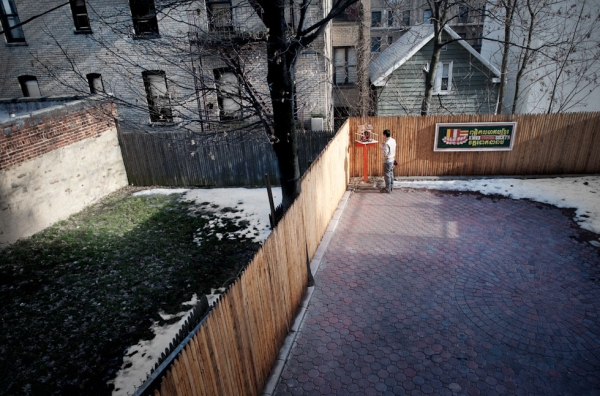 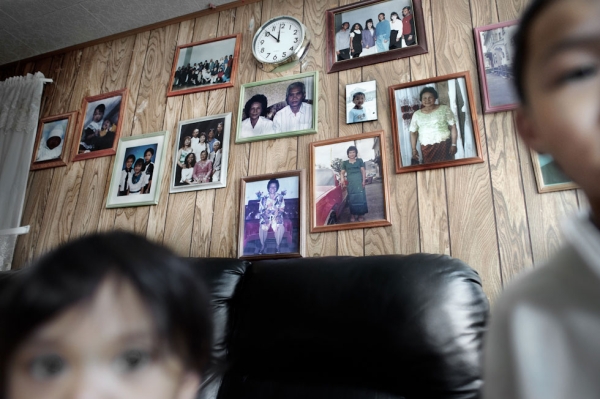 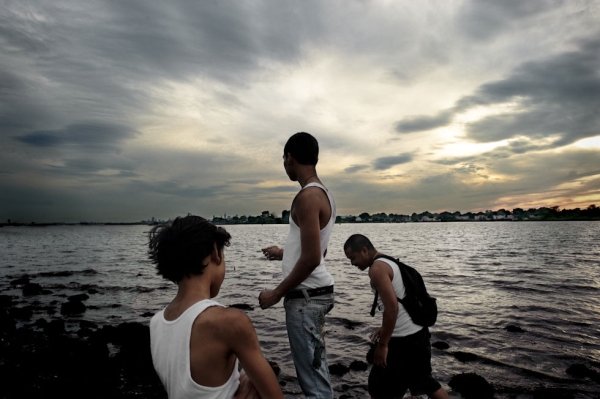 Brooklyn-based documentary photographer Pete Pin was born in a refugee camp after the Cambodian genocide. In the mid-1980s, Pin immigrated to California as a refugee and grew up in the inner-city of Stockton and Long Beach, California. A graduate of the University of California, Berkeley, Pin bought his first camera months before starting an eight-year PhD program at Berkeley. He eventually abandoned the program to pursue documentary photography.

In 2010, a portrait shoot with his grandmother in her Stockton garage led to a heartbreaking story. She told him about his family's experience during Cambodia's killing fields. This was the first time she told him the details, and it acted as a catalyst for him to reach out to Cambodian Americans across America in an effort to find, understand and piece together their collective stories.

Support from the Magnum Foundation in 2011 led to Pin's photographing Cambodian-Americans in the Bronx, New York. The transformative experience fueled his desire to continue photographing Cambodian communities around America for what has now become his Cambodian Diaspora project. Pin is currently campaigning on Kickstarter to secure funds to travel to Philadelphia and Lowell, Massachusetts for the project. With only a few days left, Pin is close to reaching his proposed goal on Kickstarter.

We reached out to Pin through email to find out more about the Cambodian Diaspora project and his vision for his work.

How has your family's history and Cambodia's history influenced you personally and shaped your photography career?

I have always been an outsider in my own community. I was named Pete when I was born in a refugee camp; my parents idealized America. Growing up, I was only spoken to in English, and never picked up Khmer, the Cambodian languge (I, in fact, learned Khmer in college). I have always felt alienated from my Cambodian identity growing up, and this work was, to some extent, partially inspired by a desire to connect. My story is, to some extent, very typical of many Cambodian Americans, to varying degrees. Growing up, I knew nothing about my family history, the killing fields, etc. Again, this is very typical in Cambodian American homes. It wasn't until I was an adult that I began to really, genuinely understand. And everything just unfolded into view. I began to see my family differently, to be able to attribute certain things to their experiences during the killing fields, and I began to appreciate the importance of their stories.

When you started this project, why did you begin in the Bronx, New York? Will you go to other places around America after Philadelphia and Lowell?

I actually started this project in California, however, with very initial support from the Magnum Foundation, I was able to spend an extended period of time in the Bronx. I'm so incredibly interested in the fact that Cambodian Americans all share the exact same story, that they came from the same refugee camps, that Cambodian Americans my age all have parents who survived the war and killing fields. However we were dispersed all across the country when we resettled as refugees, forming very distinct communities and very different experiences in America. In time, I would like to capture that visually in this project. I intend to photograph on the West Coast also, where I have very strong personal connections (I grew up in Long Beach and Stockton, California).

What have been some of the most memorable moments and stories you've experienced and heard along the way?

When I started this work, which began with two portraits, of my grandmother and father and an interview I did with them in regards to their own personal experiences during the war, I had no intention of speaking to other Cambodians about their experiences because I frankly didn't feel properly equipped to do so. The amount of suffering they experienced in their lives is incomprehensible to me. I want to understand but this can never come at the expense of someone's mental health. The fact is that most survivors have not received any mental health services. They suffer silently. The trauma can manifest itself in different ways.

However, I am amazed at how much people genuinely want to talk about this history. Many times it's the first thing they tell me when I enter a home. I have realized that, for some people, it's not that this history has been suppressed, but rather — for a multitude of reasons — there lacks a catalyst for this dialogue. One of the most memorable experiences I had was in the Bronx. A woman my mother's age I had spent the day with photographing made this incredible meal for me. Her kids, who are roughly my age, were in their room with friends socializing and eating pizza. And as I'm eating this meal alone, thanking her profusely for the food, seated on the ground in the traditional Cambodian way in her modest apartment, she began to weep uncontrollably. She talked about her kids, how isolated she felt, how distant she felt from her children, and how difficult life is here in America. She never spoke to her kids about Cambodia, and it's not as if she didn't want to or kept it suppressed, but rather because of the insurmountable cultural barriers dividing her from her children.

And her children, of course, have personal traumas of their own, in the form of inner-city violence. This remains, for me, one of the poignant realities of the Cambodian American experience, the extension of the legacy of trauma generationally, and how both experiences inform and divide families. More silent, but equally as visceral, is the fact that many young Cambodians cannot speak Khmer (such as myself), while their parents are incapable of speaking English. I have been to homes where the generational divide is compounded by the simple fact that the parents cannot communicate, beyond the basics, to their own children.

You have a lot of contributing Cambodian artists associated with your project. What role will they play?

The contributing artists are friends of mine I have met over the course of many years. I met Prum, for example, when I was an undergrad at Berkeley. He performed, while still a student himself, during a vigil I organized to inform others about the genocide. Now he's an accomplished dancer and I'm so proud of him. The inclusion of other artists in the Kickstarter campaign was to honor the fact that many Cambodian Americans my age are using different forms of art/media/performance to also explore their identity and struggle. These other artists are like me, many were born in Cambodia and raised in America. They form what the author Eva Hoffman calls the hinge generation — the generation after collective trauma that is uniquely responsible, by default of their proximity to history, of writing the narrative of their parent's story. I am so incredibly honored and inspired by young creative Cambodians who are taking it upon themselves to do this kind of work. And I recognize the fact that now, as we all mature into adults and come of age, that these stories and the creative output inspired by this legacy, this need to understand, will surface.

What is your ultimate vision for the project? Who is it meant for? What do you hope to achieve?

For the past several years, I have been mainly photographing. Moving forward, my ultimate goal is to use the process of documentation, of my work in a community, as a catalyst for a larger discussion about our collective legacy. I have been thinking very critically about this for over a year and am working on a proposal for a series of novel community engagement/public installations in Cambodian communities. Moving forward, with funding permitting, I seek to integrate this in my process. I explored this briefly, with very limited resources, in the Bronx via an informal exhibition in the home of a Cambodian family. I hope to expand on this dramatically.

Pin's Kickstarter campaign will come to an end on September 20, 2012. Watch the campaign video below.