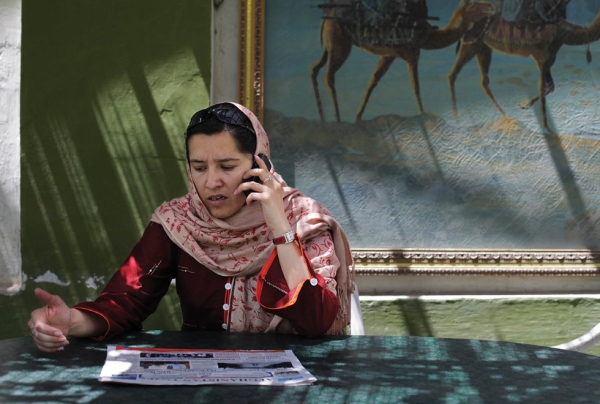 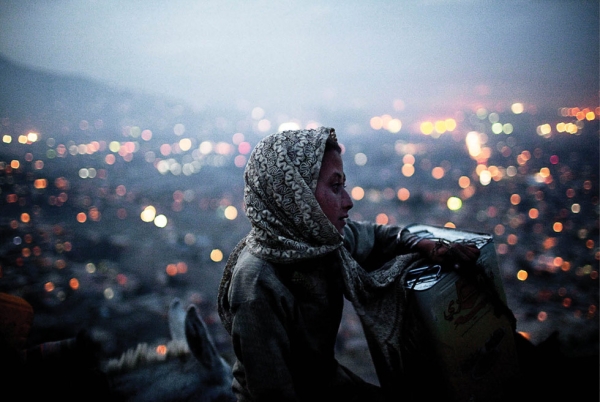 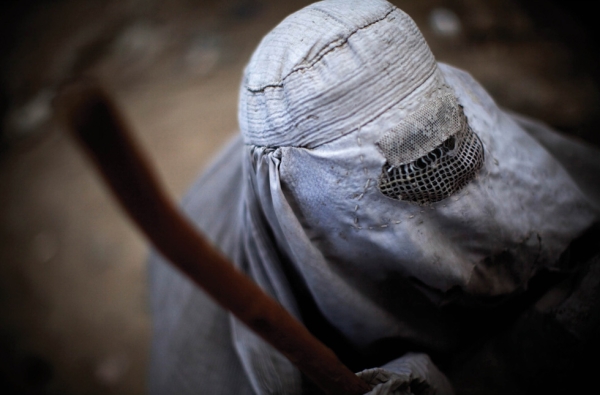 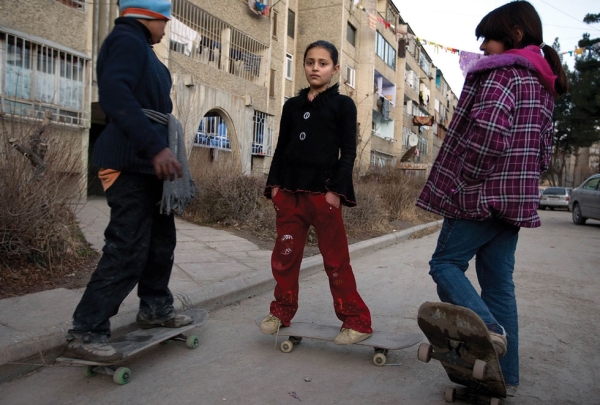 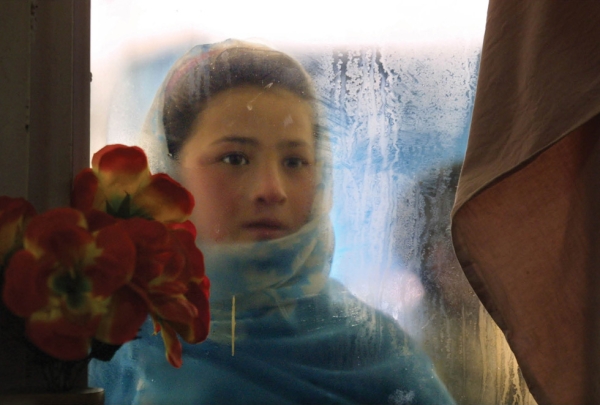 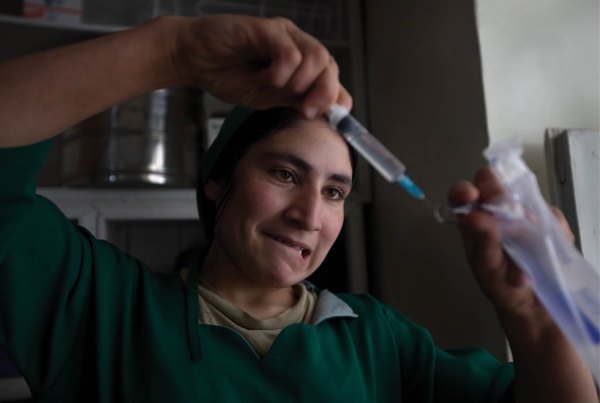 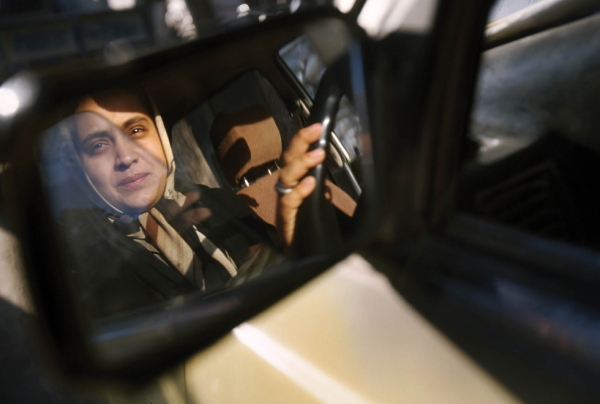 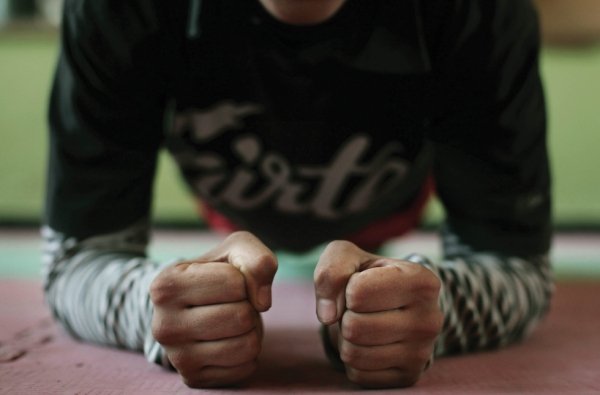 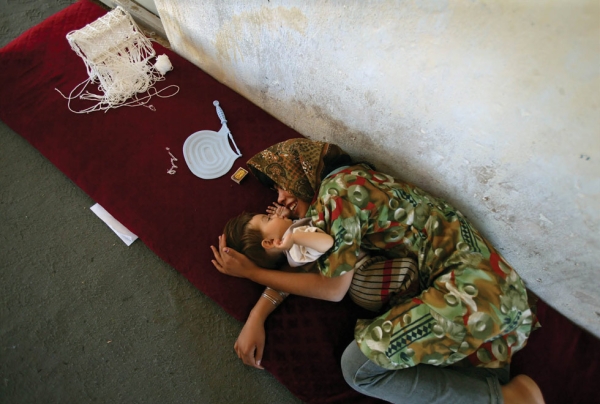 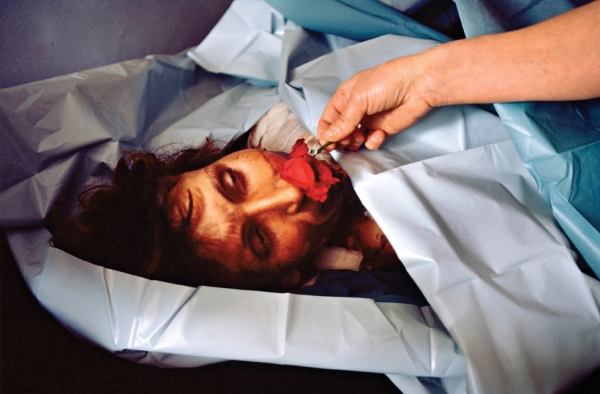 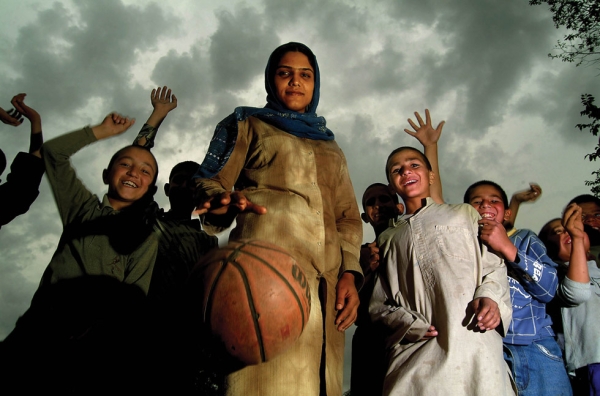 Leslie Thomas is the Executive and Creative Director of ArtWORKS Projects for Human Rights, an organization dedicated to using the arts to educate the public about human rights and engaging them in ending major violations. Her project Women Between Peace and War: Afghanistan takes a wide-ranging look at the lives of women across that country, with a candid view of their struggles and successes portrayed through striking photography and essays.

This Thursday, October 3, Thomas and ArtWORKS are partnering with Asia Society to present "Future of Freedom: The Fight for Women's Rights in Afghanistan," a program that will examine the status of women's rights in Afghanistan and their way forward as the crucial troop withdrawal deadline and presidential election approach. The program will feature Gülden Türköz-Cosslett, Director of the Programme Support Division at UN Women, and Ambassador Melanne Verveer, former United States Ambassador-at-Large for Global Women's Issues, along with Shabana Basij-Rasikh of the School of Leadership and Severine Caluwaerts of Doctors Without Borders, in a discussion moderated by journalist Elizabeth Rubin. The program will include a presentation of the photographs from Women Between Peace and War: Afghanistan, an exhibition produced by ART WORKS Projects. (For those unable to attend in person on Thursday, the program will also be a free live webcast at AsiaSociety.org/Live starting at 9:00 am New York time.)

Asia Society reached out to Leslie Thomas in advance of the October 3 program.

Tell us about the Women Between Peace and War project. Who is the audience you’re hoping to reach?

The project was originally created because women advocates for peace and women's rights in Afghanistan wanted a visual tool that they could use to assist in their efforts to tell people about the realities of their lives. The four major themes of the images and essays: education, health, economics, and women's role in peacemaking, were chosen in a collaborative process — as were the images in the original slideshow.

The images, first presented in a slideshow currently available at www.womenbetweenpeaceandwar.org, were used at a conference with NATO and the Afghanistan government by women delegates who needed to ensure that policymakers have a true understanding of the challenges and successes in their lives over the past decade. Subsequently, they were shown at the U.S. Department of State in order to ensure that those actively working to support women in Afghanistan had a real grasp on the reality of the situation.

The project expanded from that time to include projections for general audiences, posters for civic and academic institutions (they have been installed in venues from Capitol Hill to Chicago public schools), and a book of essays written by Elizabeth Rubin that provide intimate views into the specifics of daily life across those themes.

The photographers in Women Between Peace and War: Afghanistan have captured some spectacular images, but also some very intimate ones. Were these Afghan women generally eager to have their stories told in this medium?

Absolutely. Women documented in this project were proud of their achievements and also realistic about what was not working in their society at the time. The essays in the catalogue offer thoughtful analyses of the situation and an eagerness to communicate directly to the world. That said, each society has a unique set of parameters around what is acceptable public and private behavior, and Afghanistan is no different. Documentary photography can be an interesting tool in the navigation of those boundaries and as you can see, our photographers spend a great deal of time with women in family settings. This is possible not just because many of our photographers are women, though that's necessary in some cases, but truly because all of our collaborators are highly experienced photojournalists who are used to these complexities and who are deeply respectful of the nuances of privacy in a variety of settings.

Additionally, when we were doing the photo edit for this project there was a great deal of input from the Afghan Women's Network, often to ensure that no boundaries would be crossed. It made for a long editing process — especially with endlessly dropping Skype calls and phone lines — but it was worth getting right.

In your book, Elizabeth Rubin discusses the inefficacy of laws protecting women in Afghanistan. In the context of the upcoming troop withdrawal deadline and presidential elections, is there any action the international community can take to ensure that women’s rights continue to progress?

Yes. And it's one of the reasons that we wanted this project to come out when it did, as the United States and other countries begin to leave Afghanistan. Our global engagement with each other can take many forms — through the military, through diplomacy, through development funding, private investment, and so forth. Regardless of the particular engagement channel, it is our belief that we must consider the status of women and girls in our decision making. In order to do this, we must have accurate and comprehensive information about their lives. The international community can make it clear to the Afghan government, and to other regional powers, that it is unacceptable to lose any of the gains made by women in the last decade. And further, the work ensuring that women and girls have full access to human rights is not complete.

Of the many stories told in this book, is there one that stands out to you as evidence that we should be optimistic about the future for Afghan women?

Afghanistan has the second highest rate of maternal mortality in the world. The lifetime risk of dying in pregnancy for a woman is 1 in 11. And of course the challenges that lead to maternal death are linked as well to infant death. There are 129 deaths per 1,000 live births for infants. That's over 10% of infants dying during or immediately after birth.

Despite these facts, when I heard about Sairam Saadat and the work she's doing as a Community Midwife Coordinator in the remote region of Badakhshan, I was once again heartened by the incredible courage and intelligence of the women of Afghanistan. As a young girl, Sairam saw many of her friends leave school early, forced to take on the role of lead caregiver in their families when a mother died in childbirth. She was determined that girls would not have to lose out on the opportunity of education, and realized that one important step in this process was to ensure that mothers could safely navigate pregnancy and childbirth. Now a young woman, she travels through her region talking to families about the importance of pre-natal care, of birth spacing, and the needs of infants and young children. She, and those like her, are reducing the incidence of maternal/infant death and at the same time building a class of education, employed, leaders who are changing lives and perceptions.