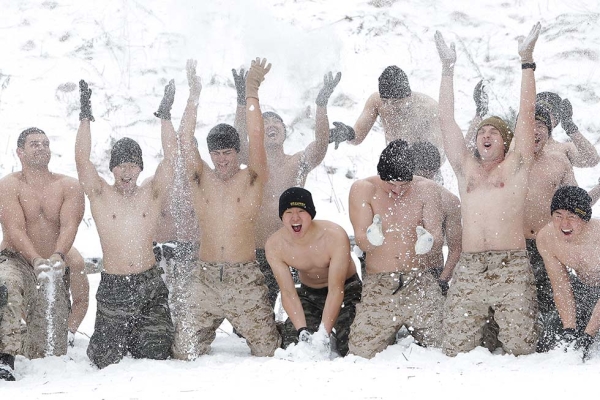 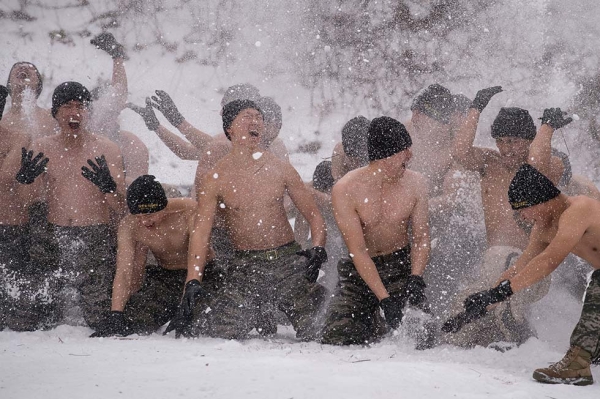 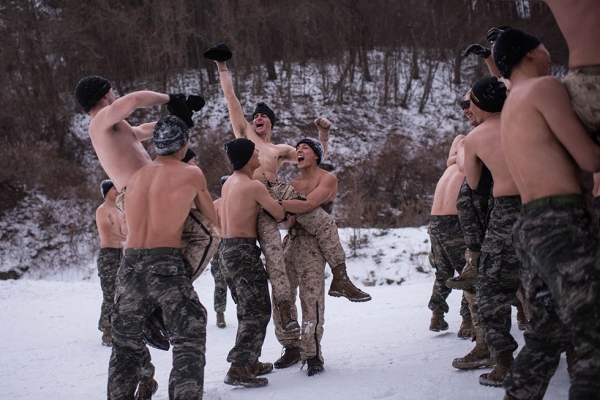 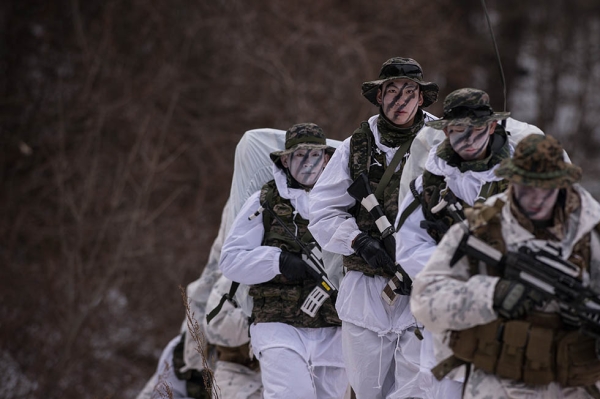 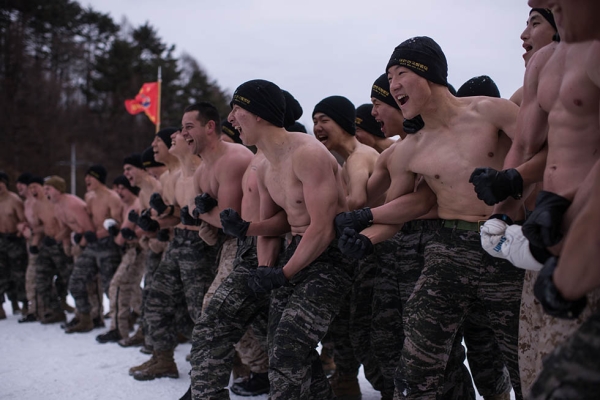 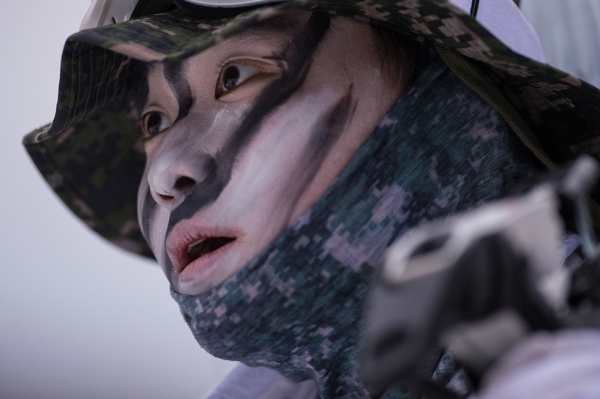 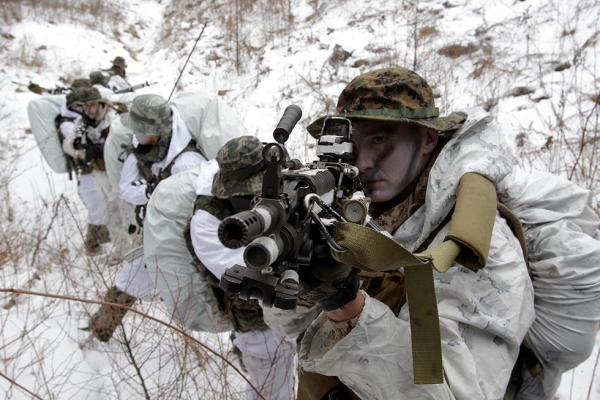 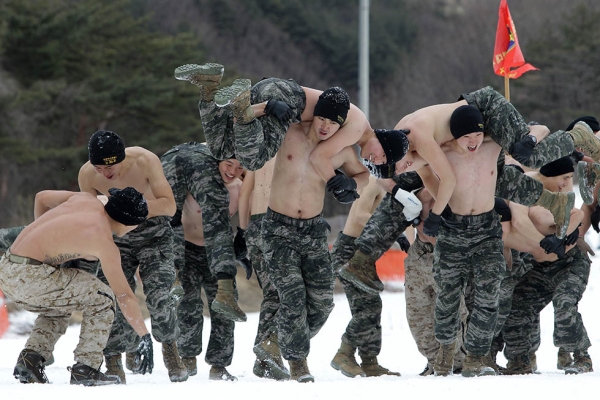 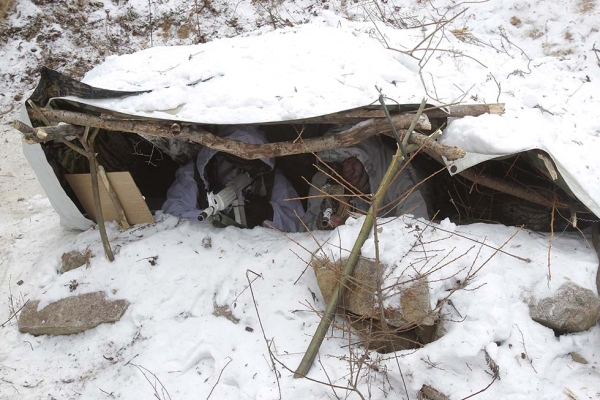 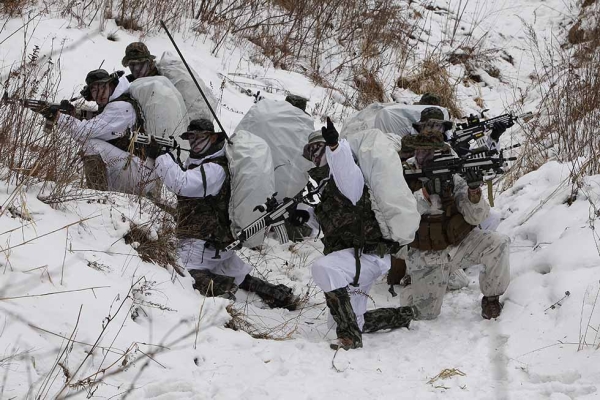 Last week, U.S. troops from the 3rd Marine Expeditionary Force stationed in Okinawa, Japan were deployed to Pyeongchang in northern South Korea to participate in winter military training exercises with their South Korean counterparts. The exercises were meant to simulate a snow-covered defense to an attack by North Korea — which has technically remained at war with the South since an armistice ended the 1950-1953 armed conflict.

The training comes at a time of increased tension — last month North Korea detonated a nuclear bomb and now says it's preparing to launch a long-range rocket. These actions are helping to solidify the American-led trilateral security alliance between the U.S., South Korea, and Japan, the latter now even reassessing its constitutional commitment to pacifism. In the above slideshow from the Pyeongchang winter training, American and South Korean soldiers participate in endurance exercises with temperatures below -4 degrees Fahrenheit (-20 degrees Celsius). In the below video, analysts Victor Cha, Evans J.R. Revere, and Hitoshi Tanaka discuss the trilateral defense alliance and security issues in Northeast Asia.