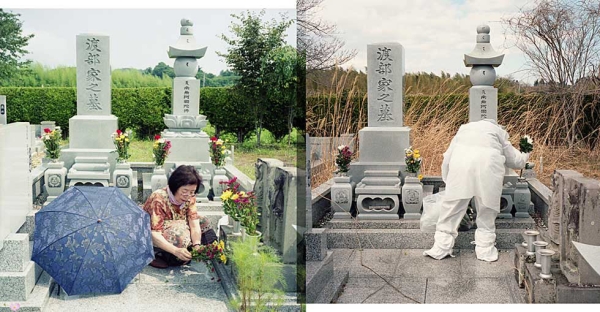 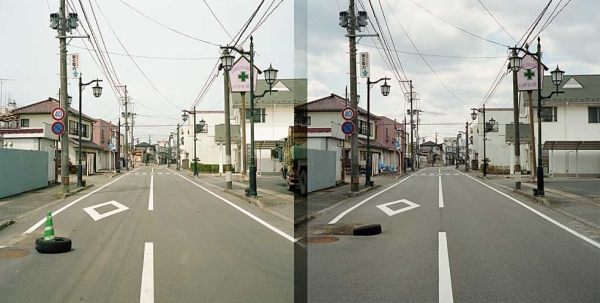 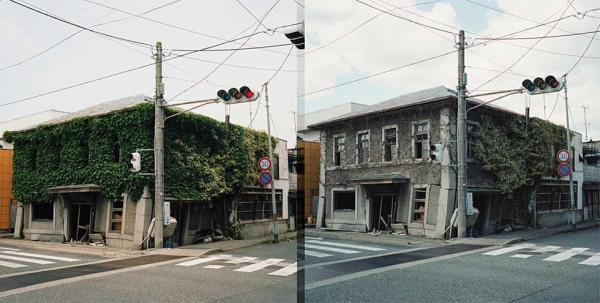 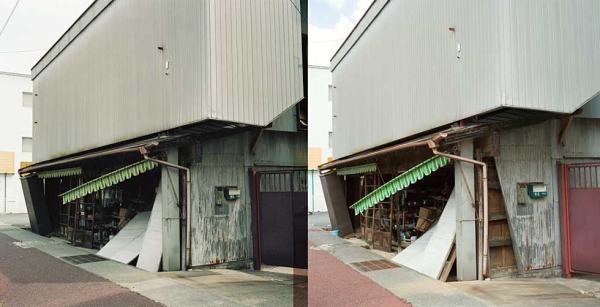 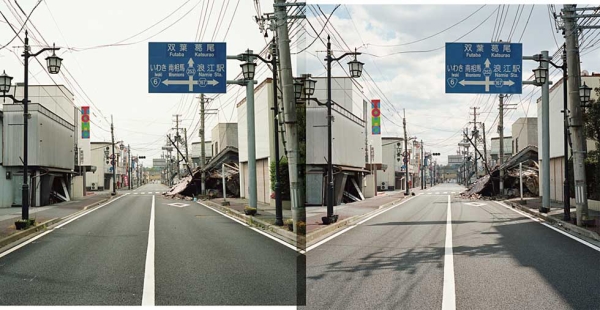 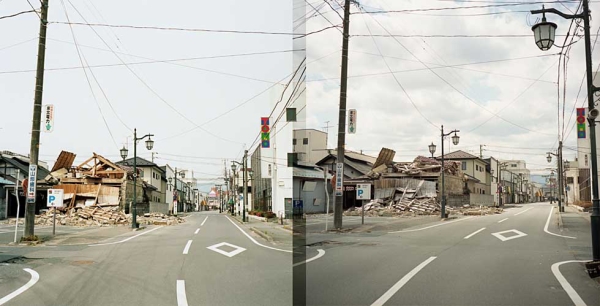 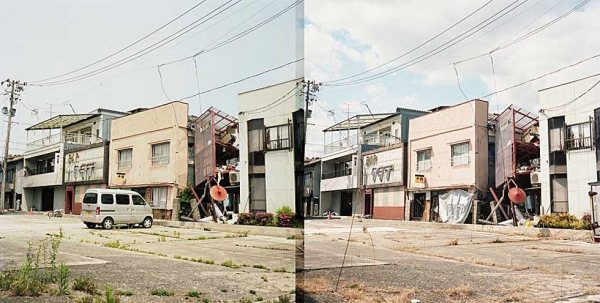 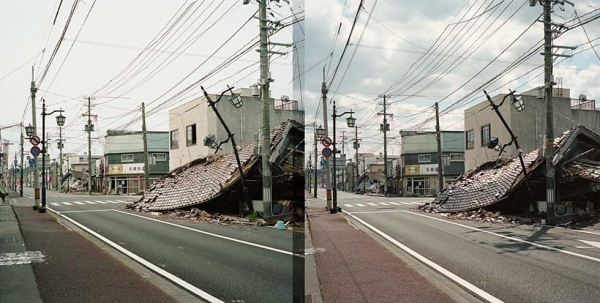 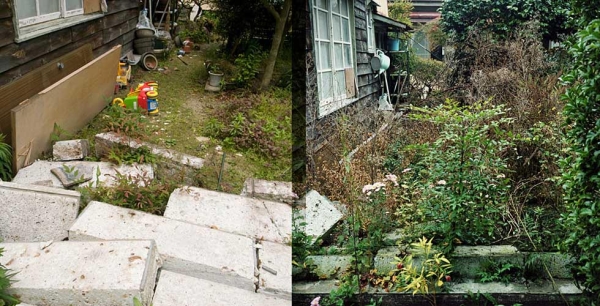 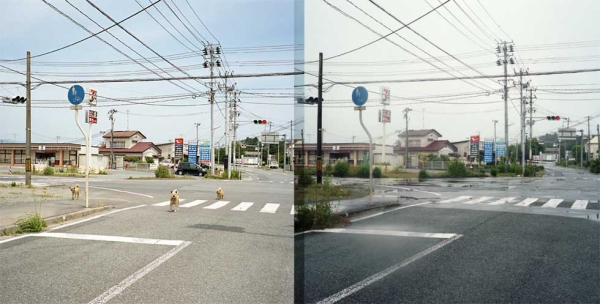 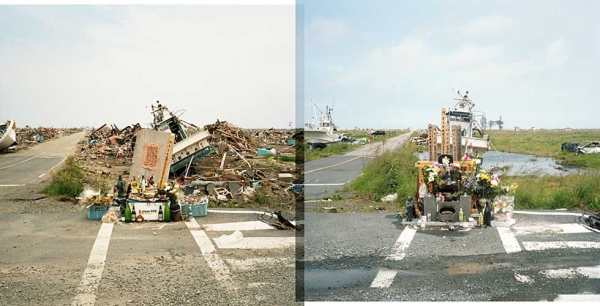 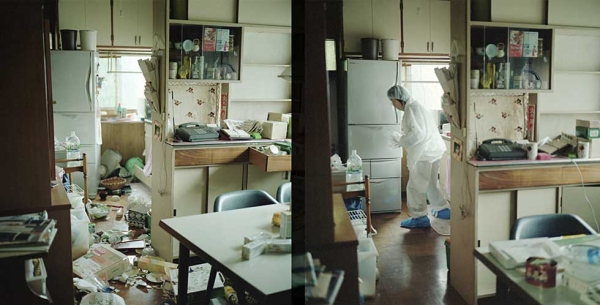 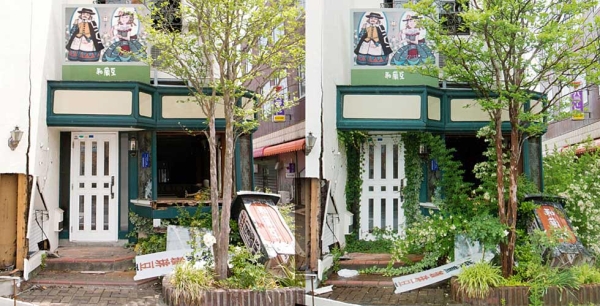 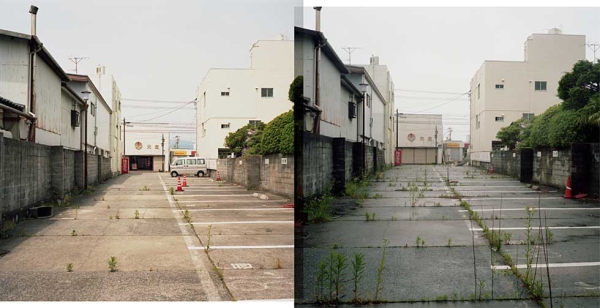 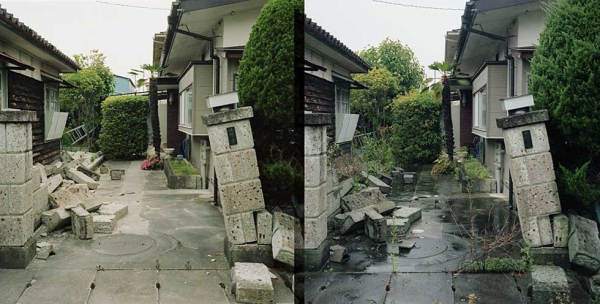 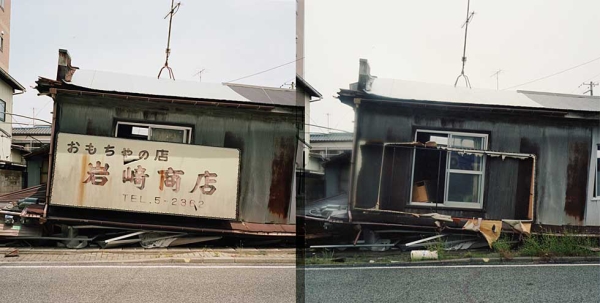 On March 11, 2011 a major tsunami sweeped into the northeast shores of Japan causing the Fukushima Daiichi Nuclear Power Plant's cooling systems to break down, resulting in the worst nuclear meltdown since Chernobyl.

Japanese photographer Toshiya Watanabe's family lived eight kilometers from the plant in a town called Namie. The day after the disaster struck, the Japanese government asked residents in the area to leave their homes and Namie, along with Watanabe's home, became a no-entry zone.

On June 12, 2011, Watanabe was allowed to revisit his now-deserted hometown. He photographed for two out of the three hours he was there. He was then allowed to return several times in April, June and September 2012. Each time, Watanabe documented the slow progression of the tsunami's aftermath in photographs.

We reached out to Watanabe through email to learn more of the story behind his photos and for an update on the state of his hometown, Namie.

When you saw the initial devastation in Fukushima, did you have any expectation of what the recovery would look like 10 months later?

I first went back to my parent's place where I grew up, eight kilometers (approximately five miles) from the Daiichi nuclear plant, right after the 20 kilometer (approximately 12.5 miles) exclusion zone was enforced. So I went there thinking that it could be the very last time I ever get to go home. At the time, I couldn't even begin to imagine what the town would be like a year, 10 years on.

Your hometown isn't far from the disaster zone, and you were inititally unable to go back for three months to retrieve any belongings. How emotional was it to see your hometown so devastated, after all that time?

The first series, Three Months Later, was taken exactly three months after March 11, 2011. I went to visit my cousins in Soma city and from there I entered Namie. The series was a record of what I saw near my home. The weather was really good on that day — the kind of day you'd like to have a picnic on — but in front of me were broken houses. It was like a movie set with no actors or staff. I could hear nothing but birds, there was a dark sense of fear I had never felt before. I just wasn't able to accept what I was seeing; it was all making me feel a little dizzy. I wanted to show the Namie I knew, I wanted people to see the calmness that was once there.

What was the most memorable moment while capturing the images for the series?

There was nothing but the sound birds were making. When you closed your eyes, you felt as if you were in the woods, but then you opened them and everything was just so unreal. I had seen nothing like it before and what I saw really stuck with me.

You were able to retrieve some of your family belongings in the first trip. Have you retreived anything else since?

My mother lived there alone. I got permission to visit my home a few times and took out pretty much everything my mum had. When I got permission to visit for the second time in November, I brought back my mother's winter clothing, blankets and things she took real good care of. She likes to paint, so I squeezed as many of her canvases, frames and sketchbooks as I could into my car. From there it was less about taking things out, but just about cleaning up the mess the earthquake made, even though I know we will probably never live there again.

Have you been able to go home since your last series? What is the state of your hometown now?

My last visit was in September 2012. The 20-kilometer exclusion had been loosened up quite a bit by then. Anyone could visit towns just outside of Namie. Still, radiation was too high where my home is. Now that no one lives there, the places is filled with weeds. It looks even more abandoned than it is. You don't see any dogs or cats anymore, there were fewer birds in the sky. All you could see and hear were groups of black ravens flying above — it's a scary sight. I left Namie after graduating high school to live in Tokyo. My father passed away when he was 95 and since then, my mother has been living in that house all by herself. Right now my mother is staying with an elder brother, in an apartment in Fukushima. My cousins and friends who lived nearby have all moved on, all to their new lives in new cities.

With additional reporting by Saira Siddiqi.