Photos: The Mysterious Chinese Monkey That's 'as Endangered as the Panda' 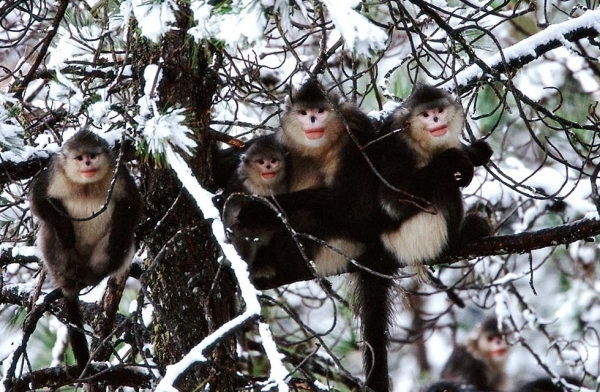 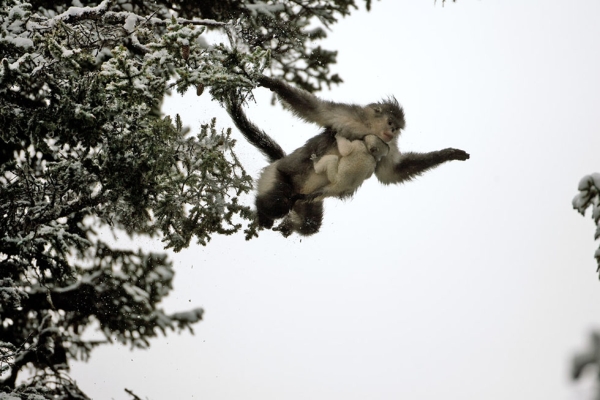 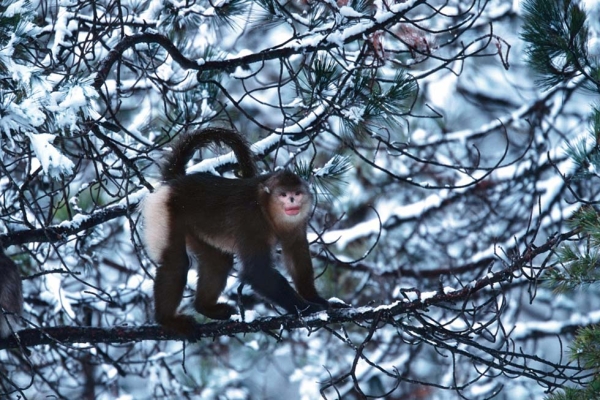 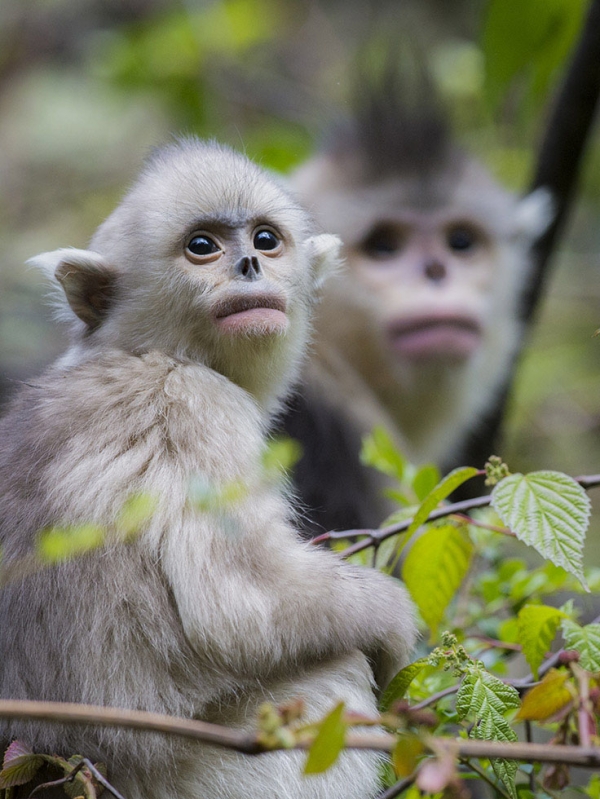 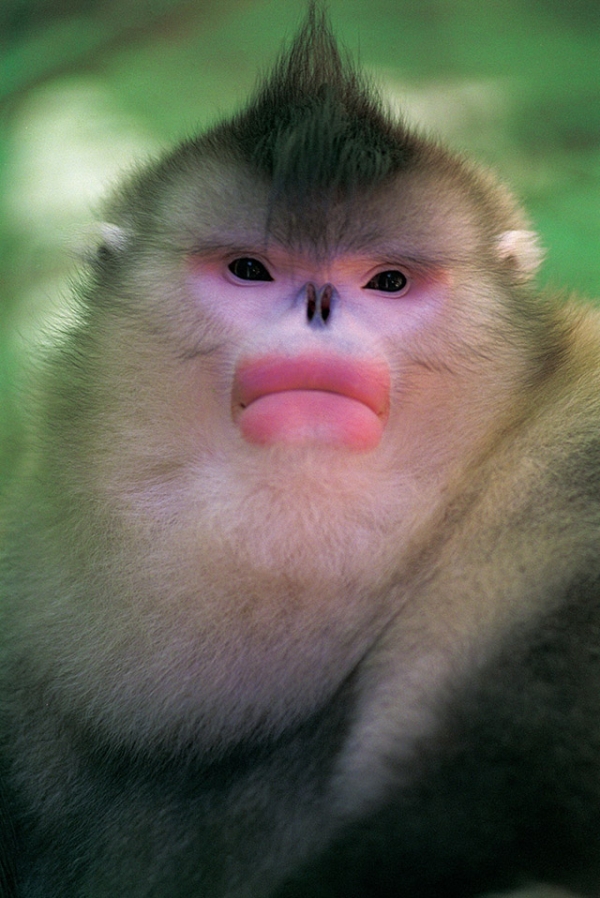 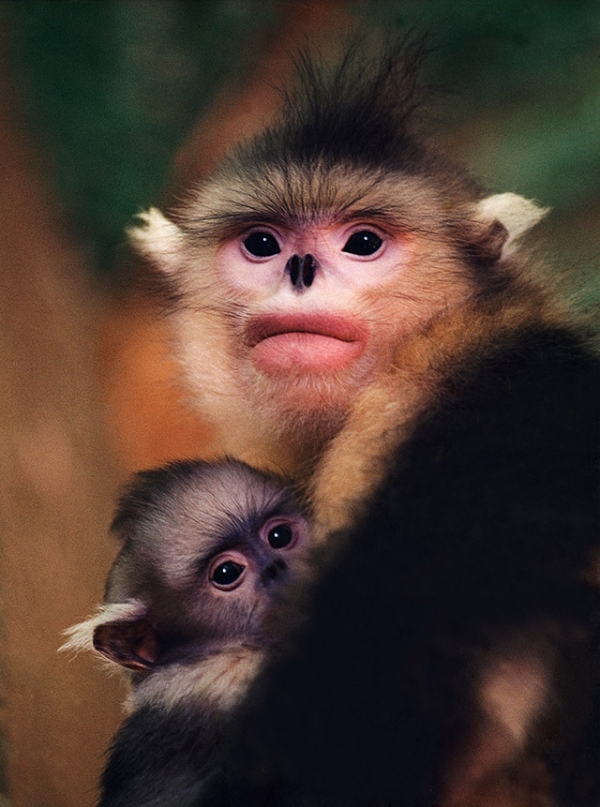 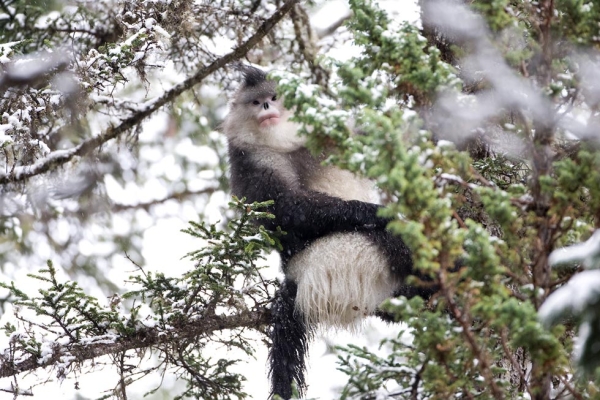 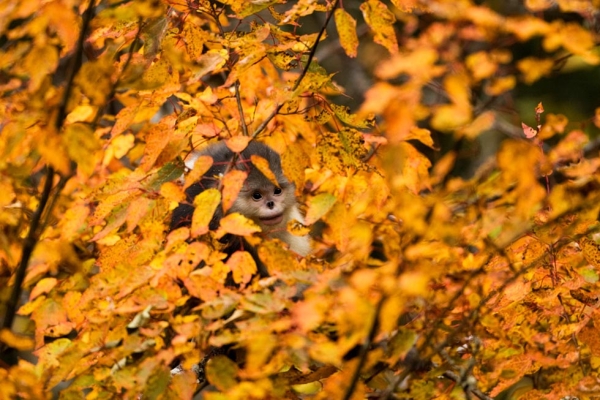 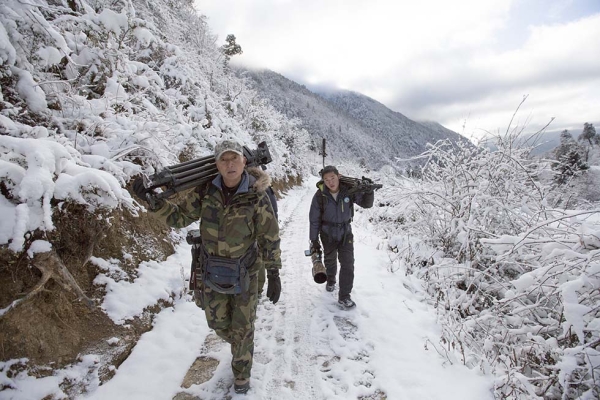 In the secluded mountain forests of Southern China resides a rare species of snub-nosed monkey that was barely known to the outside world until recently. For more than two decades, filmmaker Xi Zhinong has been documenting the monkeys and trying to understand how they live. For his latest documentary, Mystery Monkeys of Shangri-La, Xi’s team traversed some of the harshest terrain in China to follow a family with two babies in order to give a never-before-seen glimpse of this endangered species.

Before its PBS premiere, Asia Society New York will host a special showing of the film on Wednesday, April 22, featuring a post-screening panel with Xi Zhinong, writer and editor Mark Fletcher, and Michael Zhao, a video producer at Asia Society's Center on U.S.-China Relations. Ahead of the screening, Xi discussed the mysterious monkeys with Asia Blog.

What made you want to spend two years documenting the snub-nosed monkeys?

I started filming and documenting these monkeys as early as 1992 when nobody was paying attention. My effort in the 1990s helped save the habitat of these animals while illegal logging posed a major threat to them. And in 2002 my film about the same animal won a TVE Award at the British Wildscreen Festival. But then later, with the emergence of new technology — such as drones and high-speed cinematography — I wanted to bring the story on screen again with maximum vividness.

The documentary is called Mystery Monkeys of Shangri-La. How have they remained so “mysterious” and unknown until recently?

They aren’t that mysterious any more to the Chinese public, thanks in part to increasing environmental awareness and expanding natural reserves in China. But 20 years ago or earlier, this species was indeed in a very dangerous spot with their habitat under grave threat from logging in my home province in Yunnan.

What aspect of the monkeys’ behavior did you find most interesting?

They sometimes would move from forest to forest over barren land or mountain passes. I captured one of these moves before anybody, including the scientists who study them. They crossed non-forest terrain by having one family gingerly test out a creek or valley, and then other families would follow suit, one by one, to the new forest. After a couple families crossed safely and the others concluded that it was absolutely safe, they would all join the herd and cross altogether. I found this extremely interesting and it was the first time that was documented on film. It triggered a lot of interest among Chinese scientists as well.

What were the biggest challenges you faced in filming these monkeys over such a long period?

Doing this film was a lot easier than before, as we had tremendous support from the local reserve administration officials. And many of these monkeys aren’t as sensitive to humans as they were 20 years ago. But still, there are things that we found very challenging to film; such as the birth of the two baby monkeys in this film, which we didn’t end up catching on tape since they both happened at night. Still, I think this is a film that has done justice to the beauty of the landscape and the cuteness of the animal.