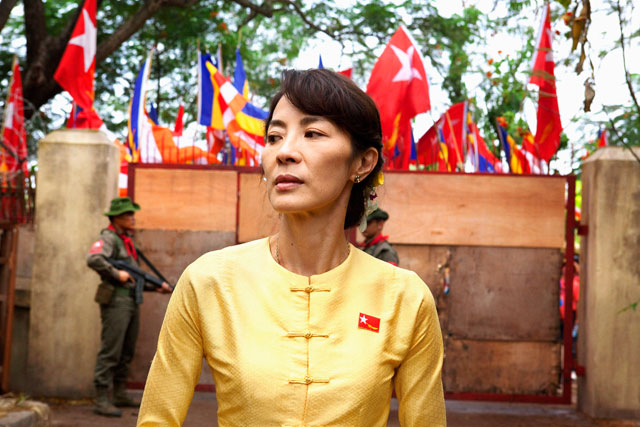 Yeoh and Besson will appear at Asia Society in New York this Sunday, December 11, for a screening of the film, followed by a Q & A. The film will be introduced by director Ang Lee, who collaborated with Yeoh on one of her best-known roles in 2000's Crouching Tiger, Hidden Dragon.

Yeoh studied 200 hours of video of Suu Kyi and learned Burmese for the role. Following are images from the film, some of which give a sense of how fully Yeoh inhabits the role of Aung San Suu Kyi: 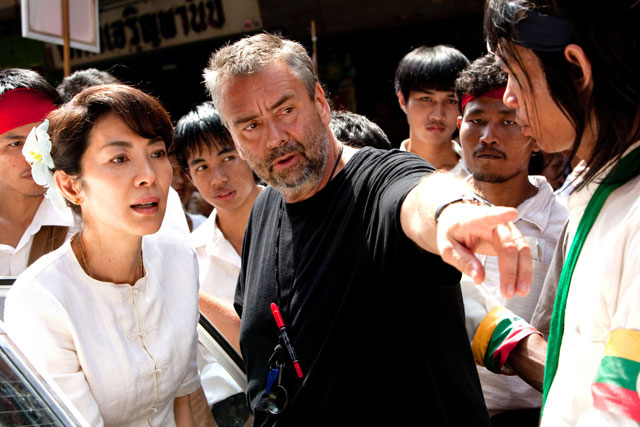 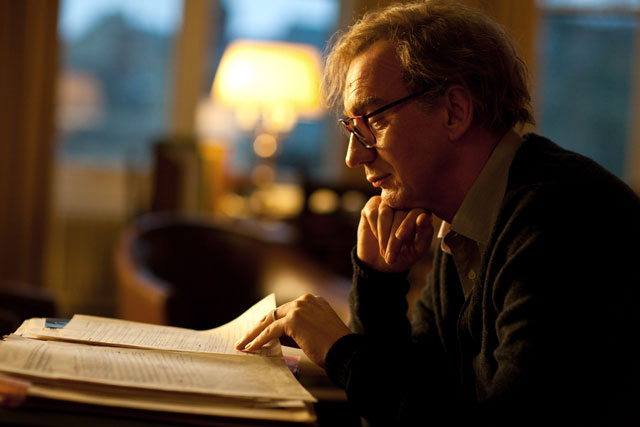 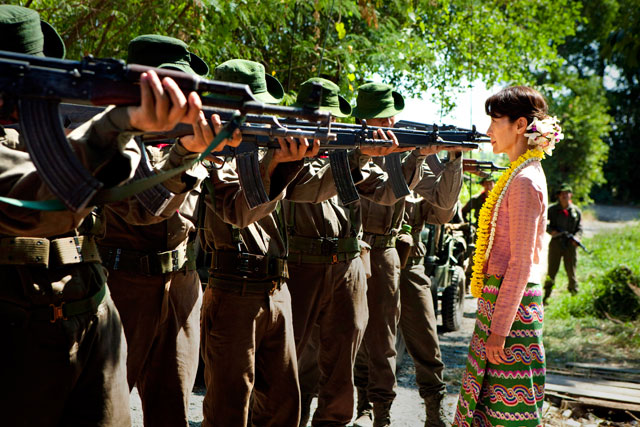 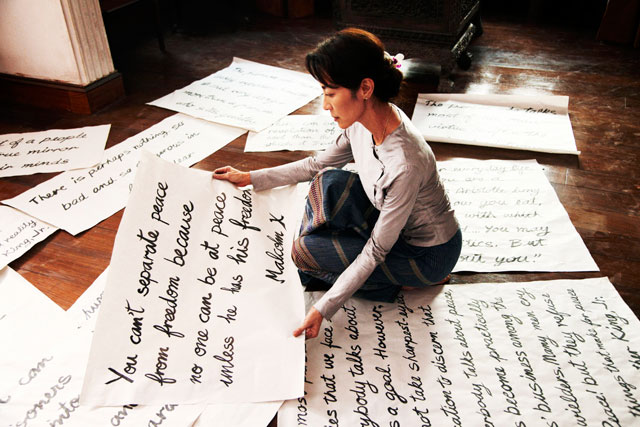