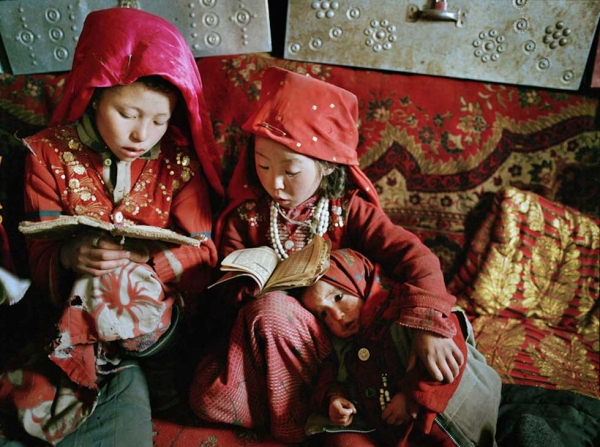 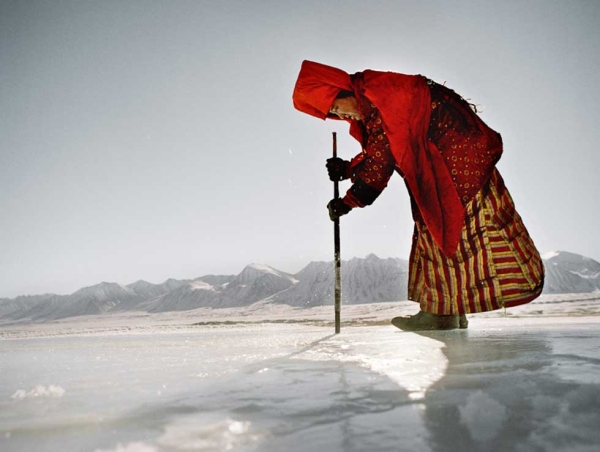 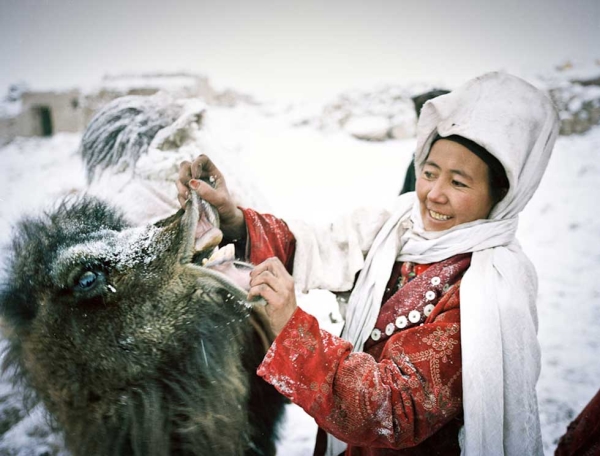 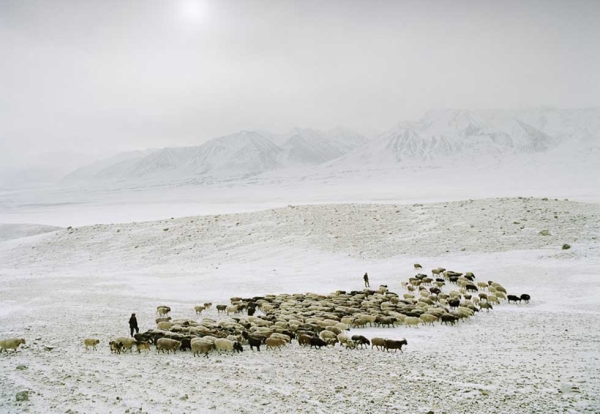 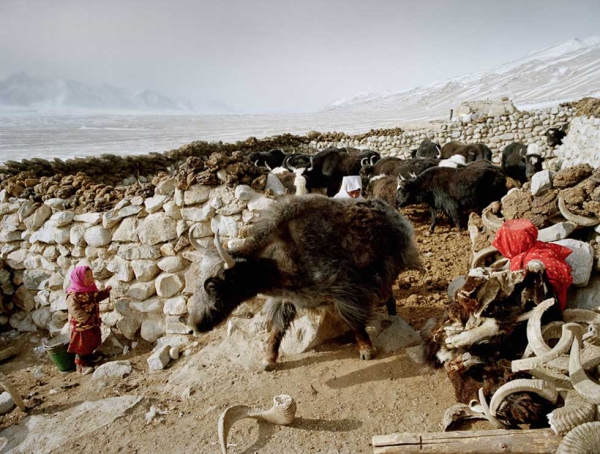 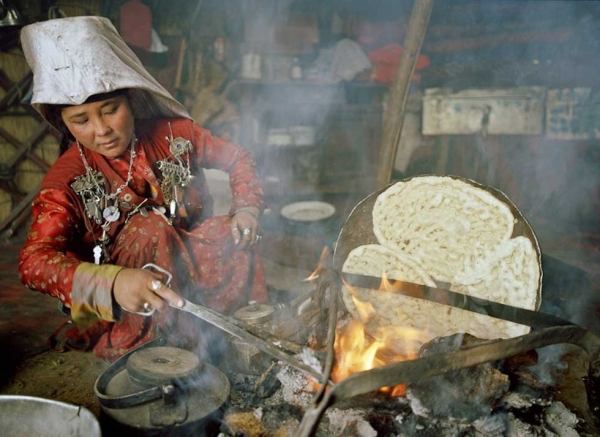 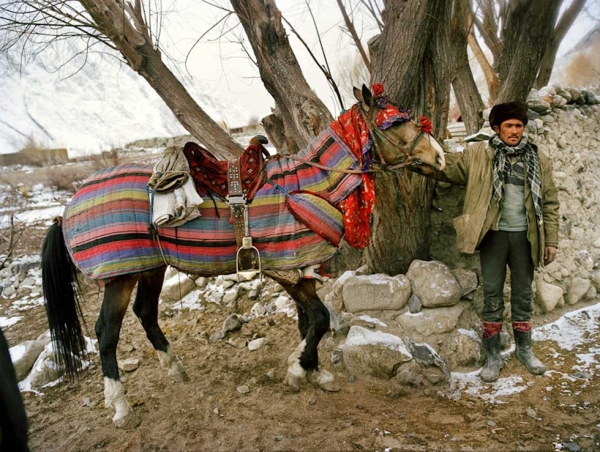 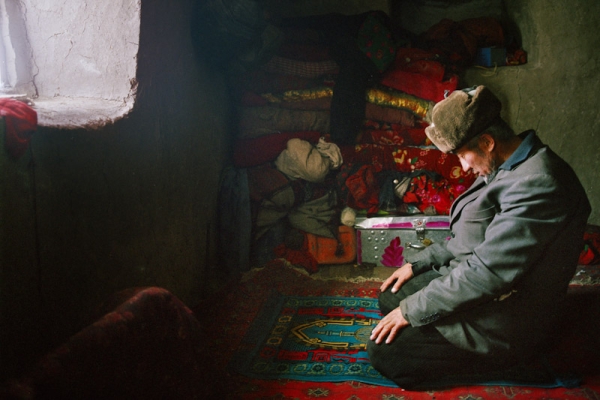 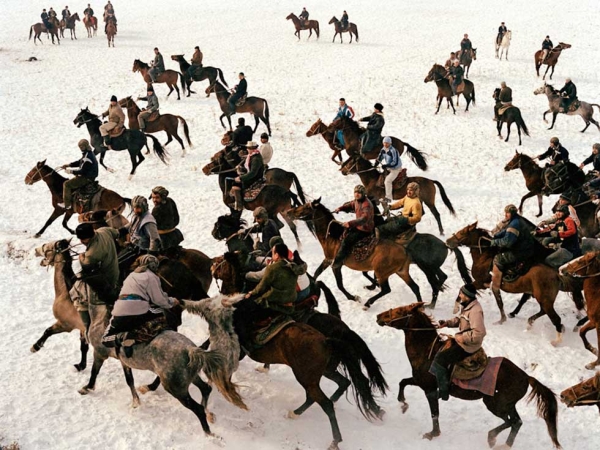 When award-winning National Geographic photographer Matthieu Paley came across a caravan of Kyrgyz traders in northern Pakistan in 1999, it was the start of more than a decade-long project that would take him to one of the world's most inhospitable climates inhabited by human beings and culminate in his recently-published book, Pamir: Forgotten on the Roof of the World.

Published in October, the book documents the lives of about 1,250 Afghan Kyrgyz people living in small settlements on the Pamir plateau in Afghanistan's Wakhan corridor. The images above are a small sample of Paley's years of work on the project. We caught up with him for an interview via Skype from his home base in Turkey to hear about his incredible experiences photographing on the plateau.

When Paley first became acquainted with the caravan members, he would frequently travel with them across a 5,000-meter pass into Afghanistan, but was unable to visit their home camps. "I couldn't get too deep into Afghanistan. I might get checked, and it's not a legal entry point for foreigners." However, he did learn that the Kyrgyz had relatives in an exile community in Turkey that had formed when residents fled after hearing that the Russians had entered Afghanistan in 1978.

He decided to track down the exile community, and meeting with its members in Turkey compelled him to go back and visit the community in Afghanistan. "They said, 'Well, if you're going to go, here's a letter for my sister that I haven't heard of for 25 years,' and I ended up with 15 letters, and then I came back to home and I decided to go the next year," said Paley.

He made his first journey to the Afghan Pamir in 2005 with his wife, Mareile, the book's co-author. "We went in 2005 via Kabul at a time when the country was fairly safe to travel through," although he noted, "we had to be a bit careful." As the region became more dangerous, Matthieu's made subsequent trips through Tajikistan.

The journey up to the Pamir plateau was certainly not for the average tourist. The couple trekked through high mountain passes with a donkey and no guide. "You're in complete wilderness. There's nobody, you break something, you're on your own, so you have to be careful," said Paley. When returning alone in winter, Matthieu walked up a frozen river, the only way to access the plateau, and slept in "winter shepherd houses that are smoked in from the dried dung that they burn to heat up these places."

The difficulty in getting there probably explains why a foreigner had not visited the Kyrgyz community since 1972, but Paley was well-received by residents thanks to his language skills and letter delivery. The community members grew used to his frequent visits and permitted him to photograph ceremonial events such as a local wedding. "If you go tomorrow and you're a photographer, they're not going to have the same response as when they see me showing up."

According to a recent story shot by Paley for National Geographic magazine, the difficulty in reaching this area has protected it from the violence that afflicts much of the rest of the country. But that isolation also prevents access to medical care, which results in the world's highest child and maternal mortality rate — 52% of Kyrgyz children die before the age of five. Paley states that efforts so far to aid the people in the region have proven unsustainable due to the remote location and other factors. "The Kyrgyz are a very specific bunch, they are living in an incredibly remote area," he said. "If the aid effort is not properly thought through, is it going to really help or will it generate mistrust from the community?"

Although Paley's book has been published, he still visits frequently. "I go home in France to see my family and friends. I feel a need to go to the Pamir for the same reasons, to see my other relatives, the Wakhi and Kyrgyz people that I know there; they are a part of my extended family!"

The photographer remains fascinated by the region. "It's a never-ending story, this place. It's such a rich area — culturally speaking, it's a very, very rich area. … It's not a cliché to say it's a crossroad of culture and of religion and of physical features. That's really quite amazing. That's why I keep going back, because I can never get my head around it."

You can purchase a signed copy or special edition of Pamir: Forgotten on the Roof of the World here, and can see more of Paley's work on his website.