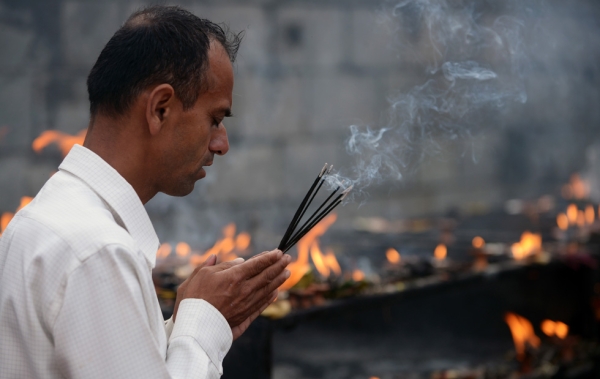 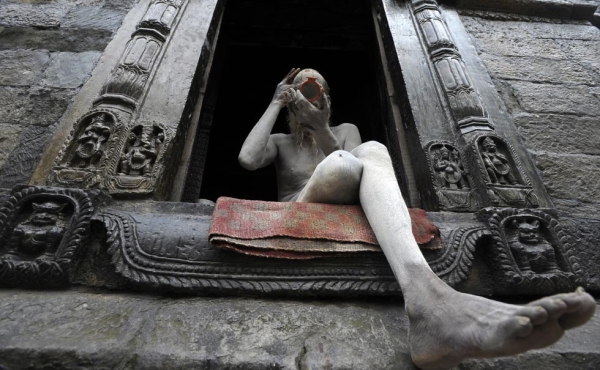 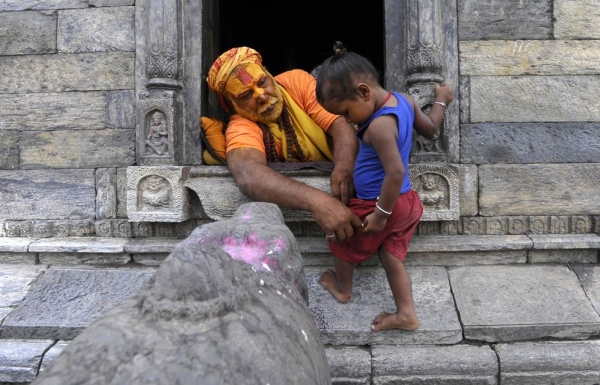 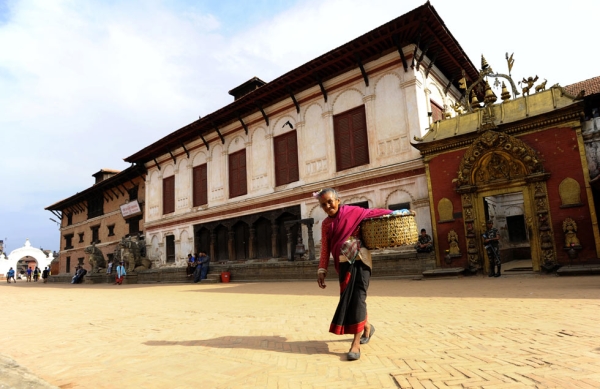 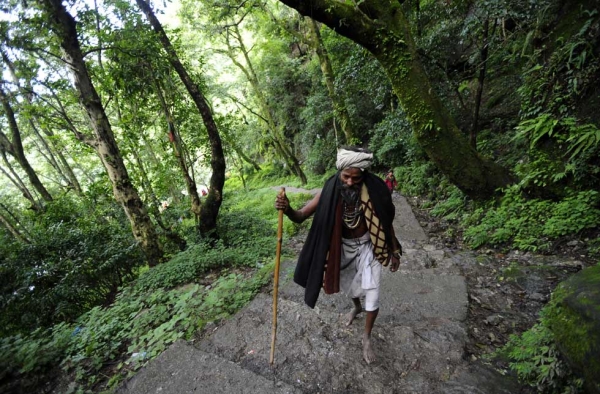 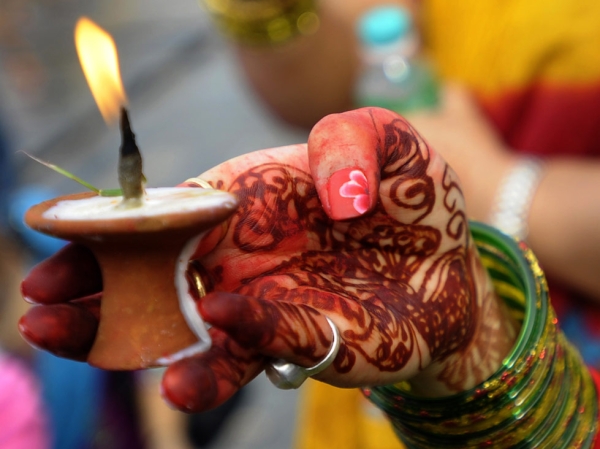 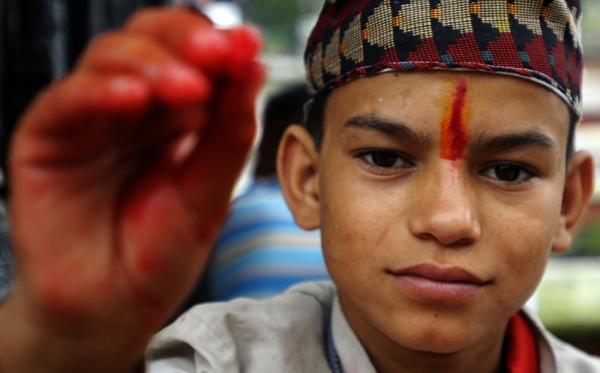 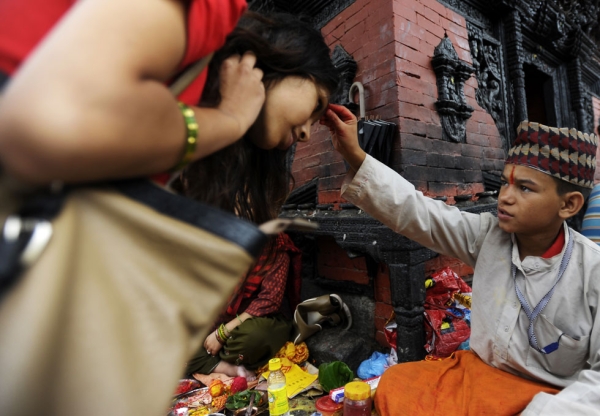 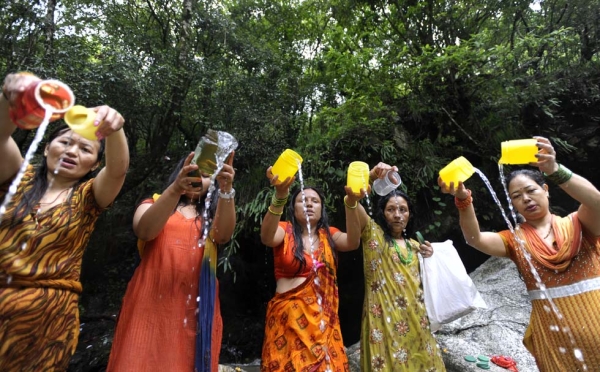 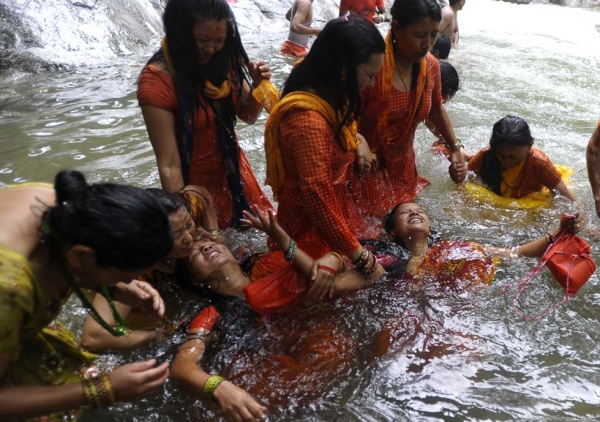 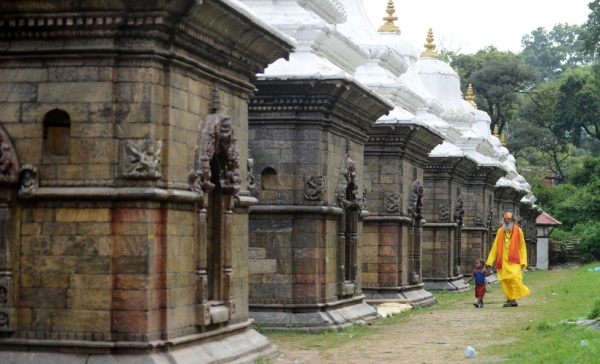 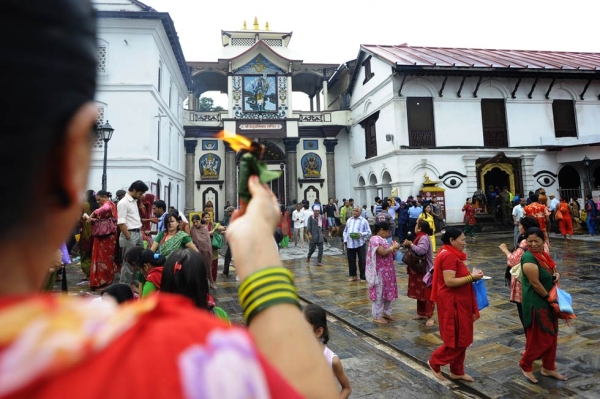 Considered the holiest month in the Hindu calendar, Shravan (Sanskrit: श्रावण) falls this year between July 23 and August 21. During this period, festivals and ceremonies celebrate prosperity and every Monday, or Shravan Mass, calls for a fast. It is believed that those who fast on all Mondays during this month will have their prayers answered by Lord Shiva, to whom flowers and other fragrant offerings are made. Scientific studies say that this month typically falls during the peak of the monsoon period, when there's less sunlight, making the digestive system weaker — so fasting at least once a week actually helps to maintain good health!

Over 81.3 percent of the Nepalese population identifies as Hindu, and the first Shravan Mass on July 29 ushered in a month of celebration for many in this landlocked nation. According to Hindu mythology, the samudra manthan, or churning of the ocean, took place in this month, during which 14 types of gems and treasures emerged and were distributed among the gods and demons of the Hindu pantheon. However, the 14th item to emerge was Halahal, or poison. Luckily, Shiva, "the Transformer," drank the poison and stored it in his throat, resulting in his blue appearance and the nickname of "Neelakantha," the blue-throated god. To negate the poison, Shiva wore the crescent moon on his head and the pantheon of Hindu gods would offer Ganga water to Shiva to lessen the effect of the poison. Devotees of Shiva continue to commemorate this incident by offering Ganga water to shivalingams in temples.

During the month of Shravan, people gather at the Pashupatinath temple, one of the holiest temples of Lord Shiva, in the Nepali capital of Kathmandu. Typical offerings include lighting butter lamps and incense. Red attire and green, red, and yellow bangles are considered to be auspicious during this time and are traditional garb for women for the month, along with decorative henna tattoos.

What are you doing to celebrate this holy month? Let us know in the comments below!