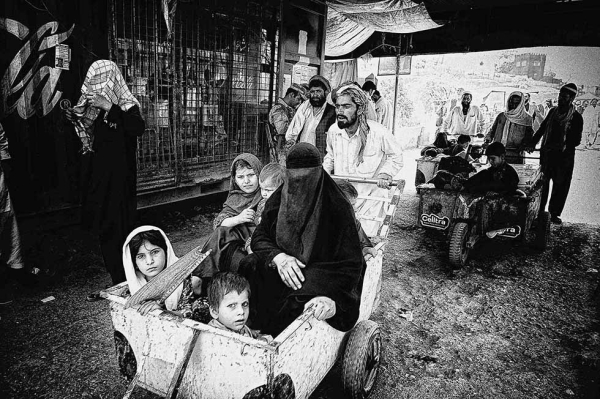 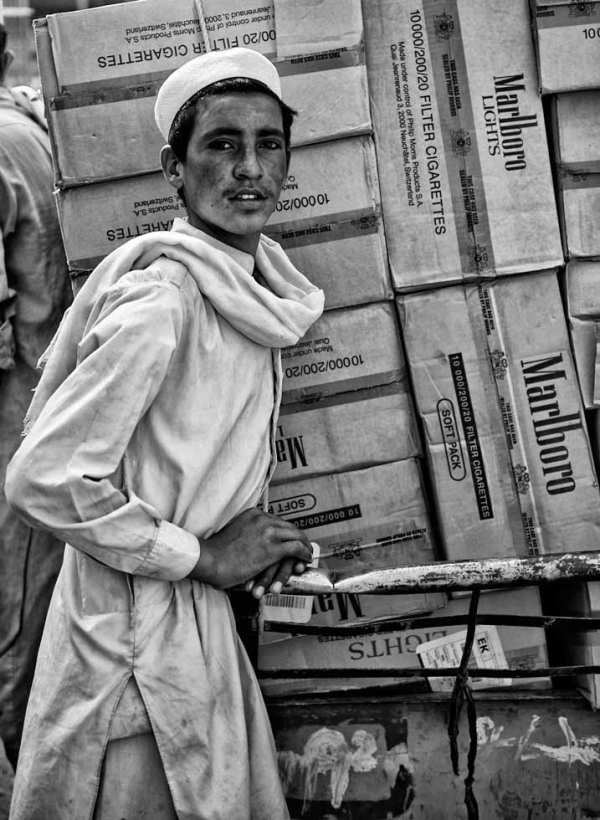 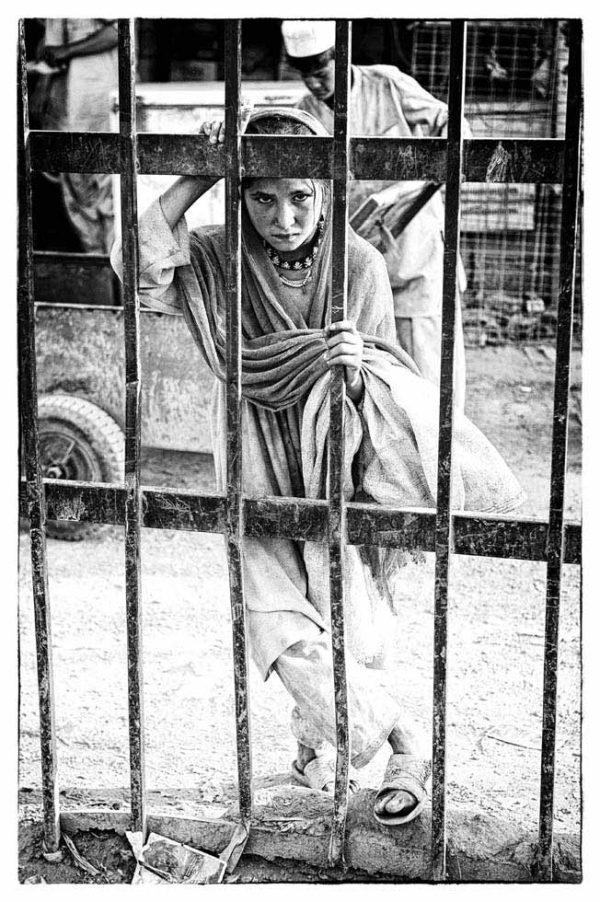 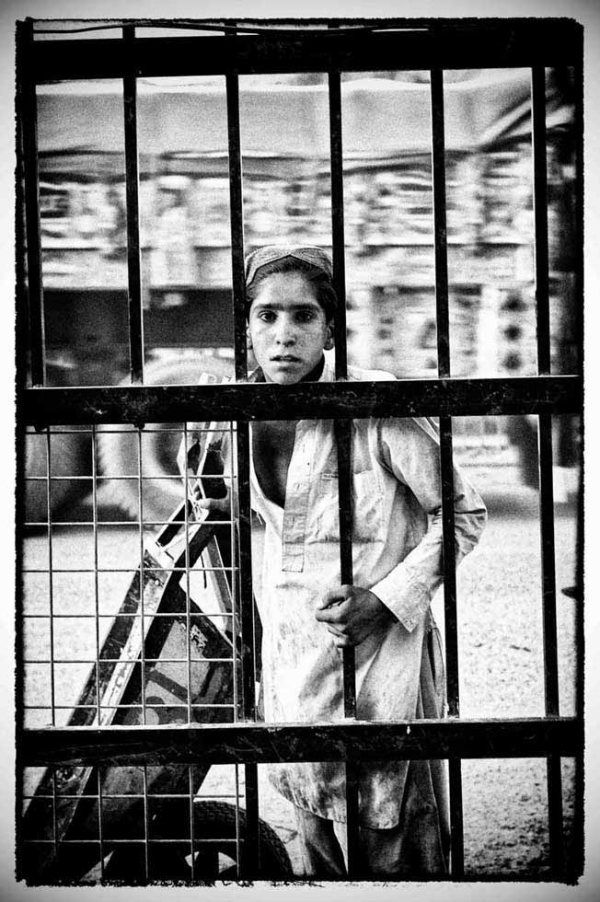 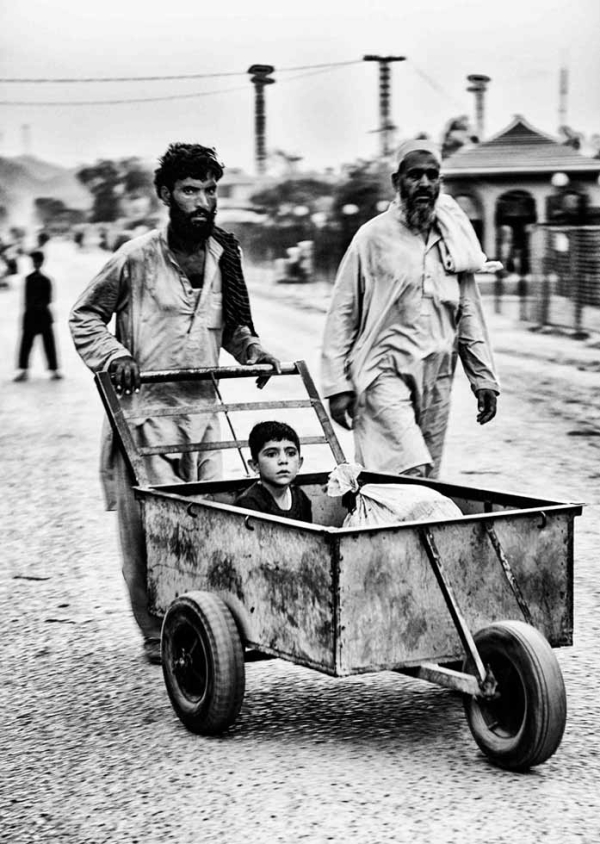 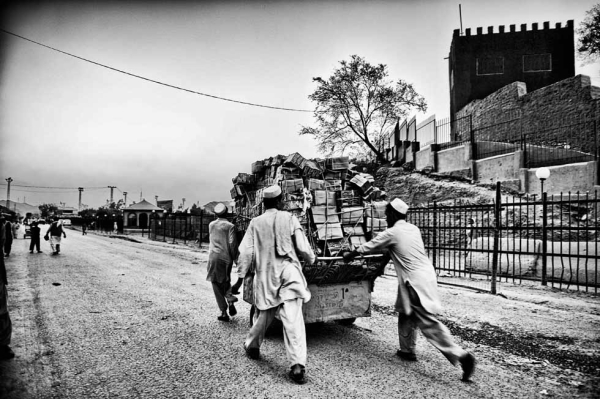 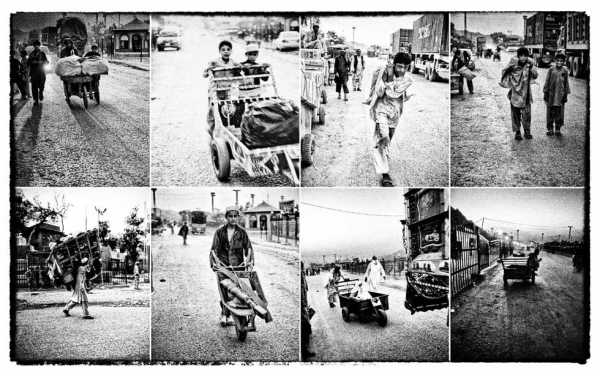 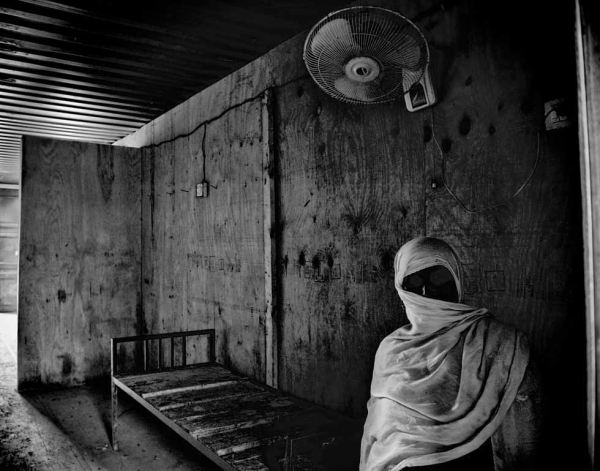 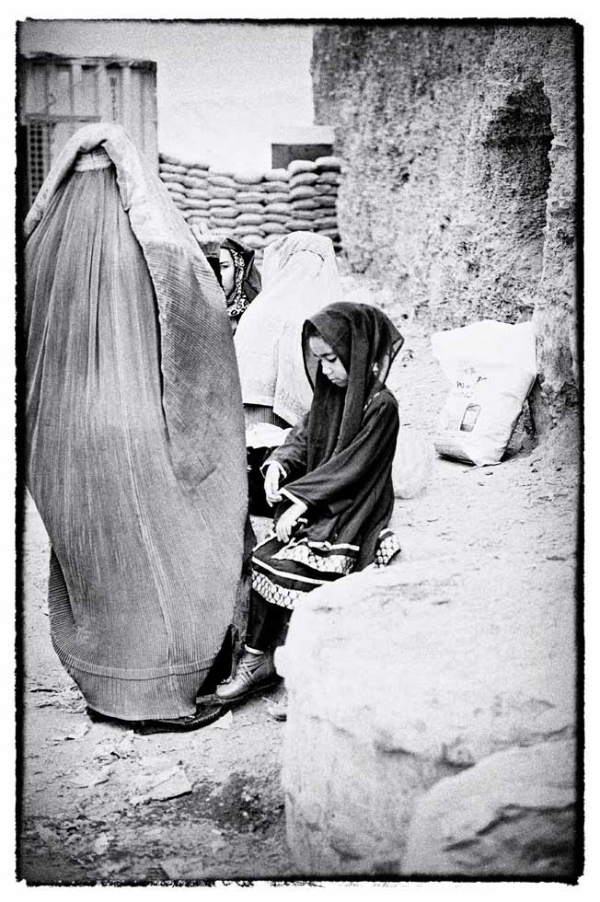 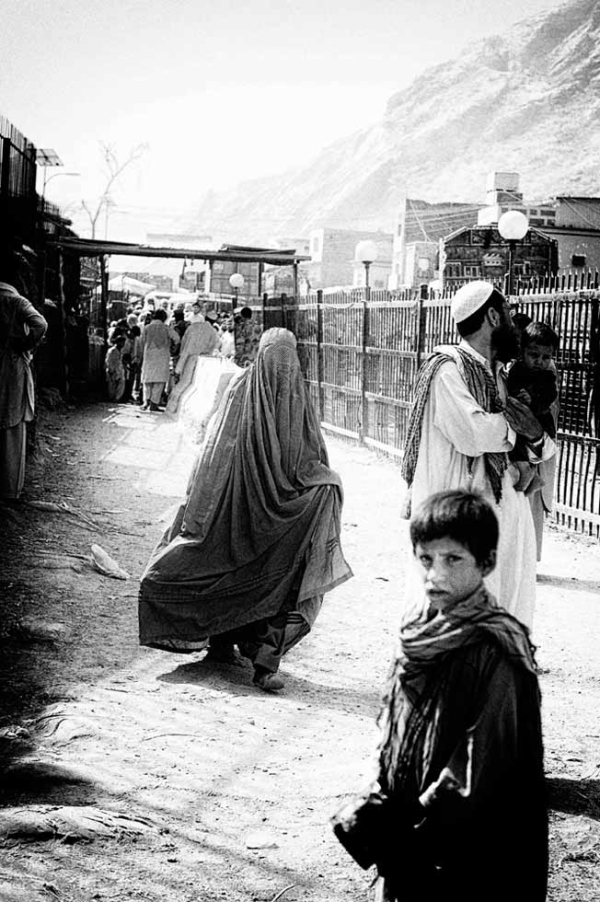 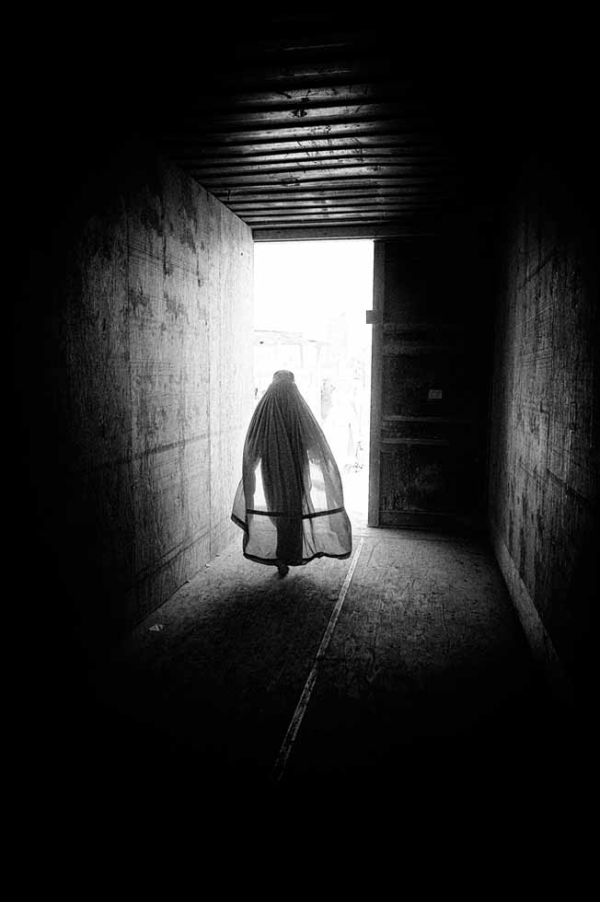 Vijayan brings a particular interest to the plight of ordinary lives disrupted by politics: a barrister and a human rights advocate, she worked for the UN war crimes tribunal for Yugoslavia and Rwanda and co-founded the Resettlement Legal Aid Project, Cairo, where she also served as Legal Director. 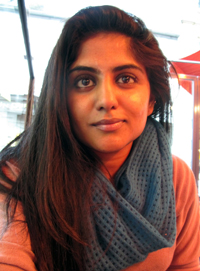 When Pakistan agreed to reopen NATO supply lines into Afghanistan in 2012, Vijayan spent 24 hours at the Torkham border crossing, documenting the seething wave of humanity that crosses the border every day. Her photographs from the scene appear above, and below she offers a few impressions of this widely misunderstood crossroads.

Borders still remain the most palpable geo-political phenomena. Borders, however demarcated, contested and contentious, are social spaces where differences and similarities are regularly communicated. The Torkham border crossing that connects Afghanistan with the province of Khyber Pakhtunkhwa in Pakistan remains the busiest port of entry between Pakistan and Afghanistan. The Afghan half of Torkham, a one-road town that leads into neighboring Pakistan, bustles and heaves with humanity, chattel and trucks.

While political rhetoric on both sides of the border remains trapped by the territoriality of the state, in practice, the territorial integrity of the border is continually subverted by the mere presence of human interaction. The Afghanistan-Pakistan border is often described as porous, but in reality the cultural memory of a unified Pakhtunkhwa pervades everyday consciousness. The Durand line inherited by Pakistan in 1947 created a frontier that at best is a geo-political myth. Border crossings are very common, especially among Pashtuns who cross the border, sometimes daily, to meet relatives, attend schools, work or sometimes just to play a game of cricket before dusk. The movement of people crossing the border has largely been unchecked or uncontrolled. This constant human migration along the border disturbs what was previously considered immobile by the state and consolidates what was thought to be divided.

Since taking the above photos, the peripatetic Vijayan has embarked on a new project, Borderlands, a kind of travelogue chronicling stories along India's frontiers with Pakistan, China, Nepal, Bhutan, Bangladesh, and Burma that will further explore her interest, as she puts it, in "the issues of identity and migration that cartography creates." Read more about Borderlands on Vijayan's website, and keep up with her travels on Twitter.