The Paradox of China's Reform 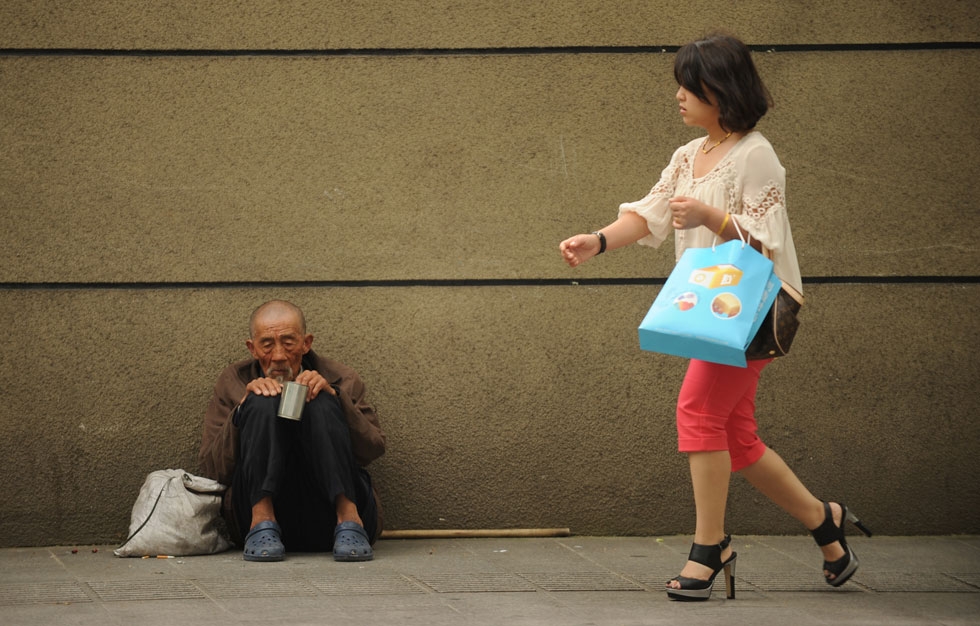 The compelling drama of former Chongqing Communist Party chief Bo Xilai’s ouster amid allegations of corruption and murder, and of blind Chinese human-rights advocate Chen Guangcheng’s dash to safety in the U.S. Embassy in Beijing (and subsequent flight to New York), are more than just fascinating narratives of venality and courage. Unless China can purge the thousands of corrupt party leaders like Bo, and empower people — like those Chen represents — who have been left behind or harmed by rapid growth, its economy will increasingly suffer.

Like the Asian Tiger economies before it, China has excelled in the first phase of capitalist economic growth, benefiting from massive infusions of capital, low-cost labor, intellectual-property theft, and centralized planning. And, like many of them, China is now facing a “middle-income trap”: as wages rise, its low-end manufacturing is losing global competitiveness while government policies, endemic corruption, and dominant state-owned enterprises are stifling the type of private-sector innovation that China needs most to generate products and services with higher added value.

China’s leaders understand this, which is why the government’s 12th Five-Year Plan calls for a gradual opening up of the Chinese economy. Likewise, a Chinese government think tank worked with the World Bank to produce the China 2030 report, which outlines the structural reforms needed to strengthen the foundations of the country’s market-based economy and create a climate of open innovation.

But if China’s national imperative today is reform, the greatest threat to that goal is the massive influence and institutionalized corruption of the country’s entrenched elites. For years, senior Chinese officials and their families have received a cut of countless major investments throughout China. They and their families have become multimillionaires by exploiting the close association of business and politics, as well their strong links with China’s state-owned enterprises.

The resulting rise in inequality has been exacerbated by China’s capital controls and mandated low interest rates on savings. For lack of other options, poor people put their money in banks which then lend to more privileged people to fund state-owned enterprises or much higher-yielding real-estate investments.

This system worked to drive overall economic growth and financial rewards in the first phase of China’s post-reform growth, but the incomes of ordinary Chinese have stagnated over the past decade, their interests have been neglected, capital has been misallocated, and major negative environmental and social side effects have emerged. Now those who have benefited most from the current system are blocking badly needed reforms.

For example, years of imbalanced incentives have led China to overbuild premium residential real-estate, which should cause prices to fall dramatically. But, although the government is trying to take some of the air out of the market, the authorities cannot easily take the more aggressive action that is required, because Chinese officials and other elites store so much of their wealth in real estate, which also comprises much of the collateral of state-connected banks, Similarly, although state-owned enterprises are sucking too much oxygen out of China’s economy, reforming them would require taking on China’s most powerful business and government leaders.

This is why the Chinese government’s dance around the Bo scandal has been so complicated. Bo may have lost an internal political struggle, and may have crossed a line after the murder of British businessman Neil Heywood, for which Bo’s wife is under arrest, but vilifying him is a double-edged sword for the government. On one hand, the authorities need to pursue him aggressively to justify the purge of someone who was so recently lauded. On the other hand, many of the accusations against Bo could be leveled at an extremely large number of senior officials across China who, like Bo, have amassed multimillion-dollar family fortunes.

In highlighting Bo’s misdeeds, the party is trying to demonstrate that it alone can and should be responsible for addressing official corruption. But given that the people who have benefited so much from the current system are unlikely to clean it up, the only other way to generate reform would be to empower the people getting the short end of the stick — people like Chen and those he has helped.

The crackdown on Chen for representing villagers who have been abused by the authorities follows the same pattern as the silencing of parents who protested shoddy school construction after the 2008 Sichuan earthquake, and of opponents of the environmentally damaging Three Gorges Dam. If China is serious about reform, it will need armies of people like these, fighting for their rights, in order to balance the overwhelming political power of its entrenched elites.

China’s reform process can succeed only if it is pushed from the top and the bottom. The party needs to find every possible way to get rid of the Bos in its midst. Instead of threatening people like Chen, the party should give them recognition and support. None of this will be easy, but the future of China’s economy depends on it.

This story was originally published by Project Syndicate.

Jamie Metzl is a founding partner at the global investment holding company Cranemere LLC and a Senior Fellow at the Asia Society.
@jamiemetzl