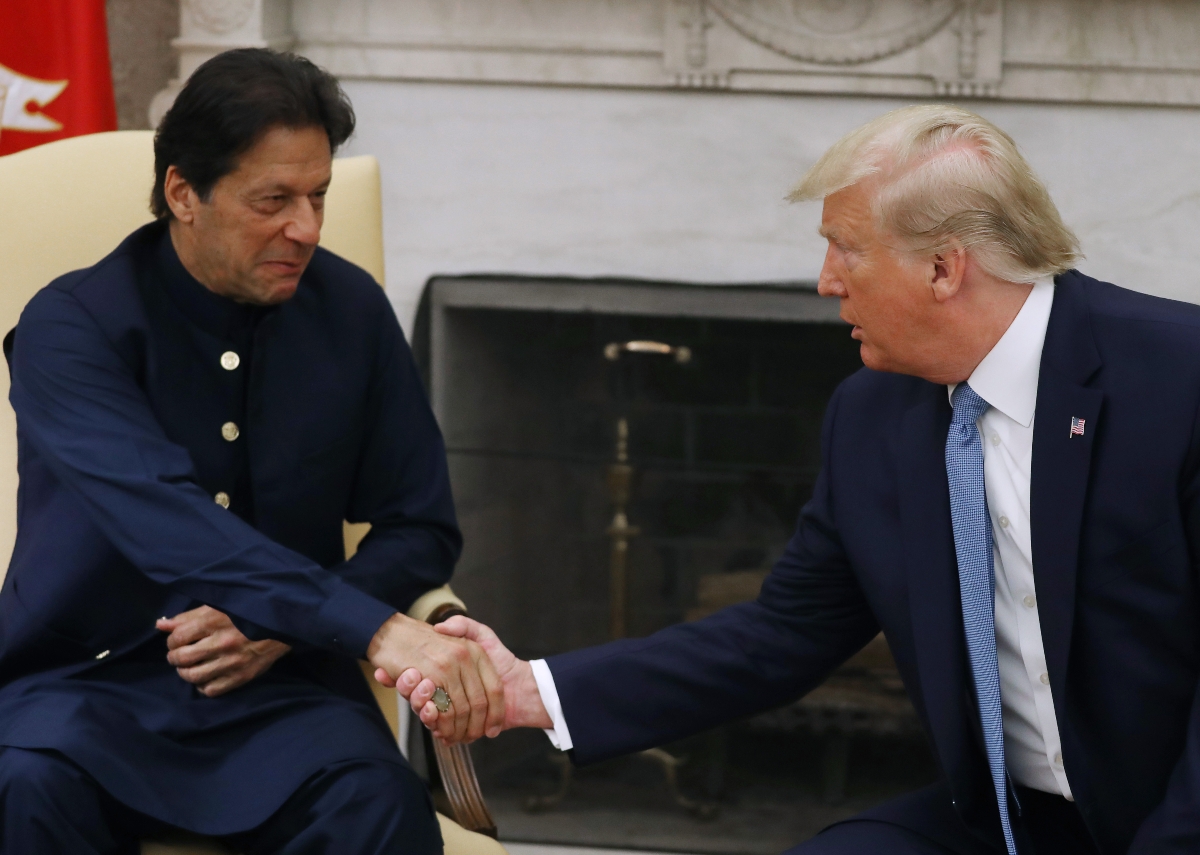 President Donald Trump shakes hands with Prime Minister of the Islamic Republic of Pakistan, Imran Khan, during a meeting in the Oval Office at the White House on July 22, 2019 in Washington, DC. (Mark Wilson/Getty Images)

Monday’s White House meeting between President Donald Trump and Pakistani Prime Minister Imran Khan began on an inauspicious note: In his opening remarks, Trump said that Indian Prime Minister Narendra Modi had asked if he would mediate the country’s long-simmering conflict with Pakistan over Kashmir, a disputed territory, prompting the Indian foreign ministry to issue a prompt denial that such talks ever happened.

Khan’s visit to Washington could also have implications for another of Pakistan’s key neighbors: Afghanistan. Pakistan’s cooperation is considered necessary to any enduring peace arrangement between the Taliban, U.S. government, and the Afghan government. Hassan Abbas, an Asia Society Global Council member, explains more in a recent piece for the Center for Global Policy:

“For Trump, what matters most is Pakistan’s policy toward peace in Afghanistan,” he writes. “U.S. Special Representative Zalmay Khalilzad’s regular meetings with Pakistani leaders and officials indicate that Pakistan is in the know about the Taliban negotiations and is being trusted with some actions. But to persuade Trump to reinvigorate the U.S.-Pakistani relationship, Pakistan will have to offer something tangible and verifiable — not mere rhetoric — that supports the ongoing peace talks with the Taliban.”