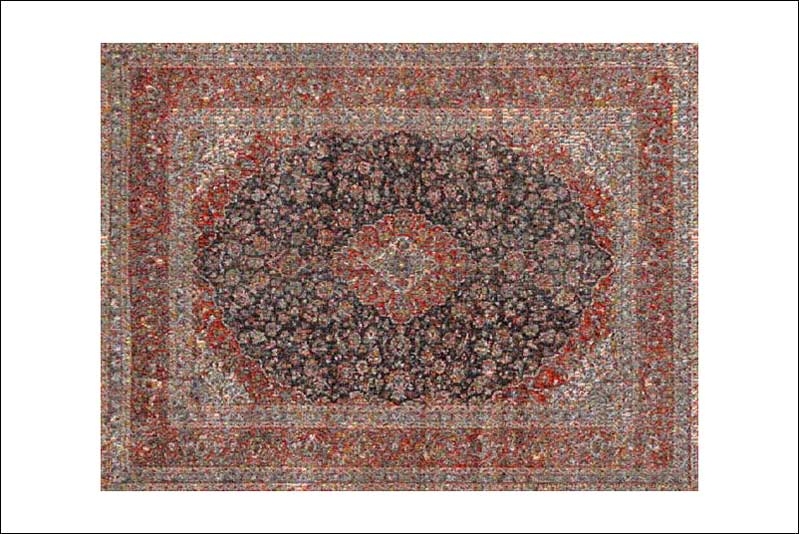 Fans of Asia Society Museum's 2009 exhibition Hanging Fire: Contemporary Art from Pakistan will want to know that Rashid Rana, one of the artists featured prominently in that exhibition, has just been profiled in the International Herald Tribune on the occasion of his first solo show in France, at the Musée Guimet in Paris.

Rana's exhibition, Perpetual Paradox, explores themes of contradiction and contrasting extremes on both a conceptual and formal level. As one example, the work I love miniatures (2002), seen from a distance, is a portrait of a Mughal official done in a traditional style; seen close up, however, the portrait is actually a montage, comprised of dozens of miniature images taken from product advertisements.

The artist explains to the Herald Tribune, "This work deals with the disparity between what I produce and what is expected of me .... My art is about the culture of Pakistan, where extremes co-exist."

Perpetual Paradox is also part of an ongoing effort by the Musée Guimet to link contemporary artists to pieces in its permanent collection, which covers several thousand years' worth of Asian art. In this case, Rana's work appears alongside an exhibition of art from Pakistan's Gandhara period, in the first centuries AD.