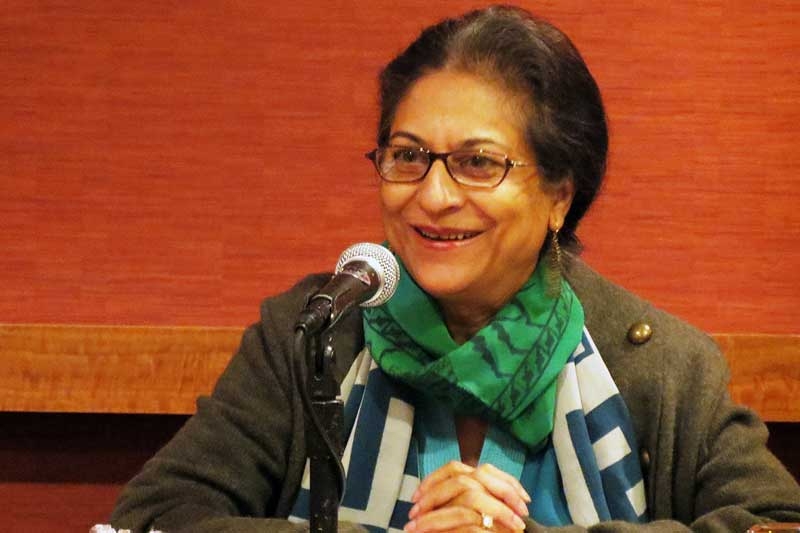 Jahangir spoke about fighting the odds to uphold human rights as a former rapporteur for the UN and the challenges she faced as an international monitor on human rights in Pakistan.

"Islamization [by the Pakistani government] targeted women and religious minorities," she explained. "It was because they wanted to show that they really meant business with hardcore Islamization, and women and religious minorities were easy targets. But women came out in the streets. Many of us suffered imprisonment [or] house arrest, but that did not deter us because we were looking for something better."

Jahangir has worked relentlessly for human rights in Pakistan and has suffered house arrest and continued threats to her life in her sturggle for both disadvantaged groups and the LGBT community in the country. She was also twice elected as chairperson of the Human Rights Comission of Pakistan.

Jahangir, who has also served both as UN special rapporteur — on extrajudicial, summary, or arbitrary execution — and more recently as Special Rapporteur on freedom of religion or belief, said she was very worried by the blasphemy law in Pakistan and its application.