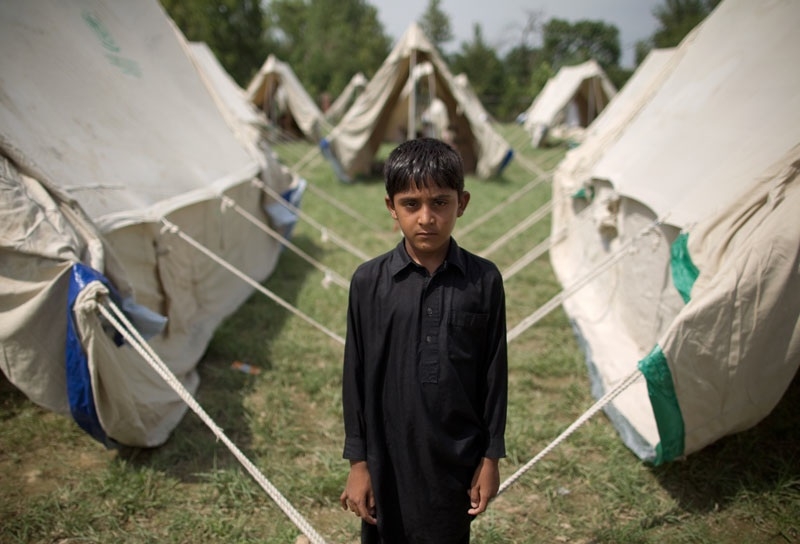 Still reeling from the worst domestic plane crash in its history, Pakistan now faces its worst flooding in memory. Torrential rains are devastating large parts of the country, killing 1,400 people to date, and destroying homes of hundreds of thousands.

The Swat Valley is in the midst of recovering from the major dislocation caused by last summer's army offensive to dislodge the Taliban.

A natural disaster besieges it today. Bridges, homes, schools, and hotels have been washed away, while rains continue to limit rescue operations in most remote areas of northwestern Pakistan.

Asia Society Associate Fellow Ayesha Haroon said, "No part of Pakistan has been spared by this year's terrible monsoons. From Azad Kashmir in the north to Khyber Pakhtoonkhawa, Balochistan and Punjab, the massive flood waters are now entering Sindh where a major barrage is under grave threat."

Photographs from the region show entire localities submerged, as people are taking refuge on rooftops or higher grounds. Others are seen wading through waters waist-deep, carrying household items such as beds along with them. They know the return to their homes will be delayed.

As volunteers and rescue teams continue to travel to areas hit hardest by the floods, the spread of diseases such as cholera and diarrhea among survivors has become a growing concern. Renewed rain on Tuesday, August 3 slowed the relief effort by both local and international rescue efforts, amid steadily rising criticism of the government's response, as local media reports say that most people are facing this disaster alone.

Speaking from Islamabad, Asia Society Bernard Schwartz Fellow Hassan Abbas said, "This is a very critical test for Pakistan, as it is facing crisis after crisis and international help is desperately needed."

Save the Children official relief site