Pakistan Needs to Address Own Problems Before it Focuses on Region 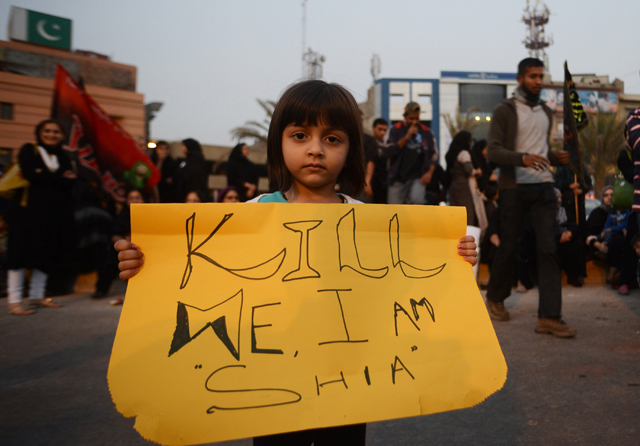 A Pakistani Shiite Muslim girl holds placard during a protest against the twin bombings in Quetta, in Karachi, Pakistan on January 13, 2013. (Asif Hassan/AFP/Getty Images)

As the Obama administration choreographs a dignified American pullout from Afghanistan, all eyes are on Pakistan’s critical role in maintaining regional stability by leveraging its influence inside Afghanistan to create an enabling environment for a relatively smooth withdrawal of American troops.

Over the next 18 months, Pakistan’s Foreign Minister Hina Rabbani Khar will attempt to position Pakistan as a "willing and effective" partner in U.S. efforts to ensure regional stability in this transitional period. Meanwhile, Pakistan may also seek to protect its perceived interests in Afghanistan by talking to a number of stakeholders — including some elements associated with the Taliban — that could become influential in Afghanistan if the U.S. troop withdrawal turns out to be more messy than smooth.

Foreign Minister Khar will face difficult questions on this delicate balancing act from the American foreign policy establishment during her trip to New York City this week (she'll be speaking at Asia Society on Tuesday, January 15). Her talking points will emphasize Pakistan’s contribution to the war on terror and highlight Pakistan’s commitment to ensuring a trouble-free American exit from Afghanistan.

Unfortunately for Pakistan, the Foreign Minister isn’t likely to outline a concrete vision on how she plans to leverage Pakistan’s foreign policy as an effective tool to fight violent extremism and militancy at home. But this will be the defining question of her tenure as Foreign Minister.

Incidentally, a Pakistani foreign policy paradigm that prioritizes fighting militancy at home and stabilizing Pakistan first will automatically translate into greater regional stability, resulting in a smoother transition in Afghanistan for the United States. In short, Pakistan’s Foreign Minister would be well advised to take an inside-out approach — rather than an "outside-in" approach — to maintaining regional stability.

Unfortunately, with regard to creating the right conditions for an American withdrawl from Afghanistan, this doesn't appear to be the prism through which the United States and Pakistan are looking.

You can watch a free live webcast of Pakistani Foreign Minister Khar's discussion at Asia Society New York by tuning in to AsiaSociety.org/Live at 6:30 pm ET on Tuesday, January 15.