Our Picks From Around Asia: Duterte's Reign, A North Korea Purge, and the Chinese Who Marched on Washington | Asia Society Skip to main content

Our Picks From Around Asia: Duterte's Reign, A North Korea Purge, and the Chinese Who Marched on Washington 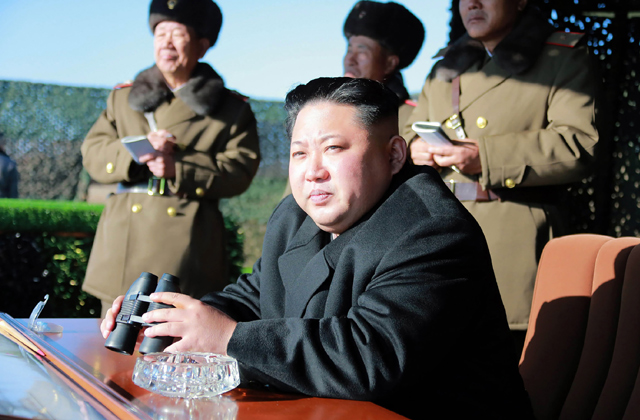 Each week, we ask members of the Asia Society family to submit their favorite pieces of Asia-related content from around the web. Today, we look at Rodrigo Duterte's reign in the Philippines, a purge in North Korea, and the Chinese women who marched on Washington.

Not since the time of Ferdinand Marcos has any president in the Philippines received such jarring media coverage as Rodrigo Duterte, the country's leader since last year. RT’s Project Duterte documentary, which aired on the network on Sunday, January 29, provided a take on the numerous extrajudicial killings that have made Duterte a feared yet revered leader. Go »

Beijing Is No Champion of Globalization

President Donald Trump’s public skepticism of America’s role in global affairs, combined with Xi Jinping’s blistering defense of globalization at the World Economic Forum gathering in Davos, has led many observers to say that Beijing has assumed Washington’s mantle for the champion of interconnectedness. But in this trenchant piece in Foreign Affairs, CFR’s Elizabeth Economy challenges this notion by pointing out China’s comparatively small footprint in operations, including refugee resettlement, around the world.  Go »

When China’s Feminists Came to Washington

In this Foreign Policy article, Kim Wall writes about Chinese feminists working or studying in the United States who participated in Washington's Women’s March two weeks ago. Taking part in the march, for many of them, was not only a show of support for women’s rights in America — but also a means to express disagreement about the worsening of gender and civil rights back home in China. Go »

You can say this about Kim Jong Un — he’s not afraid to make a change. Three years ago, Kim ordered the execution of Jang Song-Thaek, his uncle and North Korea’s no. 2 official, on charges of factionalism, corruption, and plotting to overthrow the government. Last week, the man who carried out Jang’s purge was himself removed, when Kim ordered the sacking of Kim Won-hong. As the world turns, Kim is quietly undergoing a "reign of terror" among senior officials in Pyongyang. Go »