Opinion: Why the U.S. Should End Its 40-Year Ban on Exporting Crude Oil | Asia Society Skip to main content

Opinion: Why the U.S. Should End Its 40-Year Ban on Exporting Crude Oil 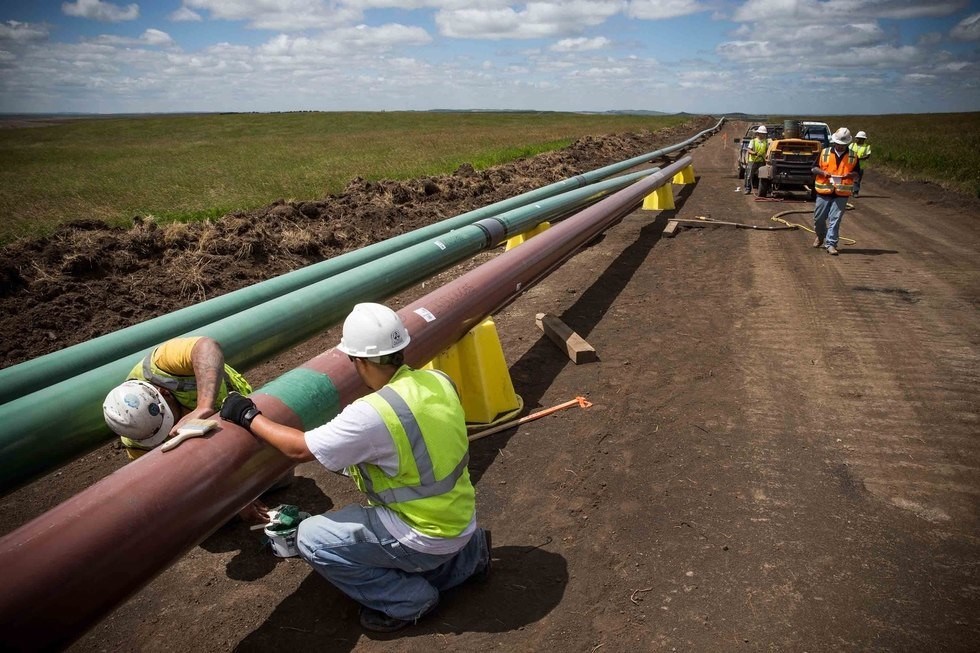 This post originally appeared on InsideSources.com. The views expressed here are those of the author and do not reflect the views of the Asia Society Policy Institute.

The stars have recently begun to align in favor of lifting the ban on exporting U.S. crude oil, put in place nearly forty years ago.

The latest is last week’s release of a Government Accountability Office report touting lower gas prices as a result of exporting crude oil from the U.S. This follows multiple macroeconomic studies highlighting not only the lower gas prices, but also the economic benefits and job growth that will result if the crude oil ban is lifted. On top of this momentum to update an outdated policy, the European Commission just released an analysis on the impacts of the possible disruption of Russian gas supplies this winter. Their report demonstrates the importance of flexible and well supplied energy markets.

Yet even as much of the world focuses on Europe to discuss the need for diversity of energy supply and the significance of reliable U.S. energy resources, we can’t forget about Asia. This region provides another reason for U.S. export policies to catch up to the 21st century.

On a recent trip to Asia, a variety of policymakers and energy experts asked me why the United States was so reluctant to export our abundant oil resources. My answer, explaining the historical roots of the oil export ban and the slow moving nature of our policy process, didn’t seem too satisfactory — to them or to me.

America is already the world’s leading producer of natural gas, and will soon be number one in crude oil production. Last month, the U.S. Energy Information Agency confirmed that monthly domestic crude oil production rose yet again — reaching 8.6 million barrels per day, a surge of over 50% in the last three years. Just this increase alone is equivalent to the total estimated liquid fuels production of Iran.

At the same time, worldwide oil demand continues to rise, and Asian nations are leading the way. In 2012, four of the top five oil importing countries came from Asia (U.S., China, India, Japan, and South Korea) and China will shortly replace the U.S. at the top of that list. Moreover, it is clear that these trends will continue. As the International Energy Agency wrote in its 2013 World Energy Outlook, the “centre of gravity of oil demand growth continues to move towards developing Asia, which accounts for almost two-thirds of the gross increase in demand over the projection period [2012-2035].”

So how do we capitalize on these market dynamics? From a foreign policy perspective, the ability to export crude oil provides another tool to advance our interests. During the past few years, there has been much discussion about the seriousness and effectiveness of the Obama Administration’s “pivot” to Asia. And while it is certainly important for policymakers to talk about increasing U.S. engagement and focus in the region, nothing shows U.S. commitment more than real action — especially action that will have significant benefits to countries in the region. During a late summer meeting with a congressional delegation, South Korean President Park Guen-hye reportedly stated that overturning the U.S. export ban was a priority for her country. It is in our mutual interest to diversify the sources of global oil supply, reduce the volatility of global oil prices, and deepen commercial relationships between U.S. suppliers and foreign consumers.

The ban is also inconsistent with a commitment to free trade, which has been a cornerstone of our economic policy for decades. As the U.S. pushes for additional free trade agreements, such as the Trans-Pacific Partnership with Asia – or when we complain about other countries restricting imports or exports, our export ban stands out as a continued black eye.

Besides the foreign policy rationale, the domestic reasons to remove the ban are also clear. Two recent studies confirm that lifting the ban would benefit the U.S. economy. A Brookings Institution report projected that if the ban were removed, gross domestic product could increase by between $600 billion and $1.8 trillion over the next 25 years, while IHS predicted an average of 394,000 new jobs annually and a reduction of gasoline prices at the pump by an annual average of eight cents per gallon.

The impetus for ending the ban continues to grow from both sides of the aisle. Lawrence Summers, the former Director of the White House National Economic Council in the Obama Administration, recently joined the chorus of academics and other experts in favor of a change in policy. And Alaska Republican Senator Lisa Murkowski continues to be an outspoken supporter of lifting the ban. Oil export advocates understand that this is one of the rare policy decisions that is a win-win. A repeal of the export ban is good for our economic and national security — and it is good for our allies around the world, especially in Asia.

A ban that may have made sense in the time of cassette tapes and rotary phones is now clearly outdated and counterproductive. Forty years is long enough. It is time to show the world that America is ready to do business.