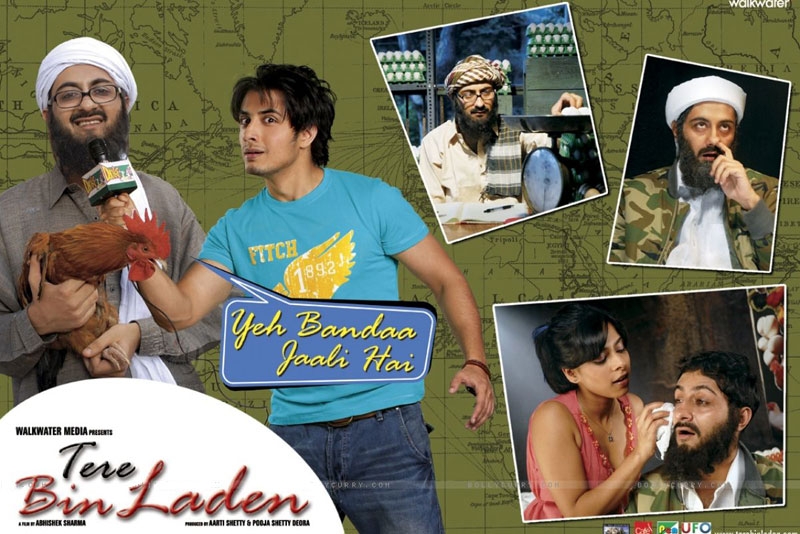 "...Somebody in the (Pakistani) government...does know where Bin Laden is, and I'd like to know too," US Secretary of State Hillary Clinton told reporters in Kabul last week.

An unusual statement to make by a representative of the US about one of its best allies, but the relation between Pakistan and the US is not exactly a model of conventional diplomacy.

What an opportune moment, then, for the release of a controversial comedy, with a sting.

It has all the makings of a classic Bollywood comedy: a young journalist cooks up a get-rich-quick scheme when he finds an Osama bin Laden lookalike and decides to shoot a video of him to get international acclaim, and end up in the US, described by the protagonist as "the land of Coke and bikinis."

Tere bin Laden, or "Without You Laden," was released worldwide on July 16, and has been given the green light for the US on August 6.

Surprisingly, the movie, which stars Pakistan pop phenomenon Ali Zafar, has yet to be released in Pakistan, and the debate surrounding its release will probably lead to a much-watered down, censored version. Makers of the movie stress that it is not a satire of Osama bin Laden, but a satire on the media and the "War on Terror."

While the ban is understandable, given the escalation of suicide attacks in Pakistan in recent times, many argue that censorship of films will not solve the problem.

The question remains: Will the release of Tere Bin Laden offend some people? Probably—as satire usually does.