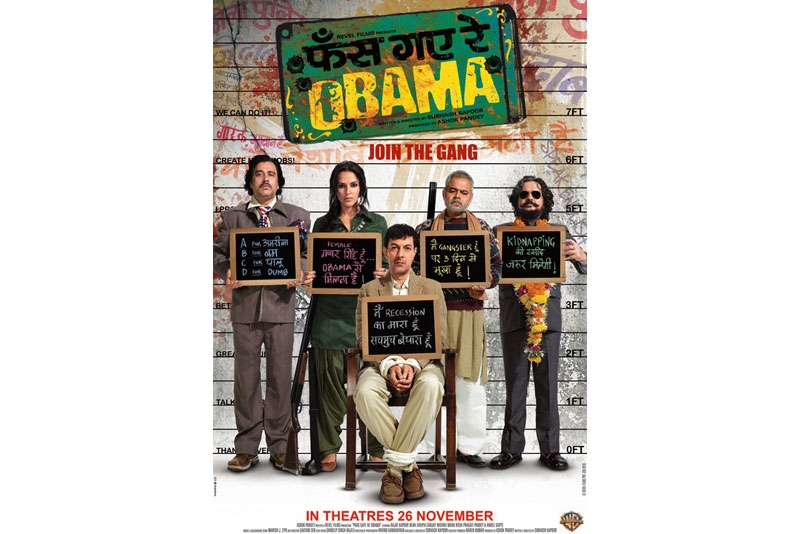 When Indian film-maker Subhash Kapoor started directing his debut production titled "Phas Gaya Re Obama" nearly a year ago, he had never imagined his launching period would coincide with US President Barack Obama's visit to India in November, 2010.

Phas Gaya Re Obama, literally translated as "Obama is Stuck," but bearing the international title of "With Love to Obama," is a satire set against the backdrop of the global recession. Though the recession is still alive and kicking, Obama's visit to India sure has provided Kapoor an impetus to the project's promotion. The film premiered in New York last month at the South Asian International Film Festival.

The film traces the journey of Om Shashtri, an American citizen of Indian origin, who loses all his wealth overnight due to the recession and has been asked by the bank to vacate his home unless he pays up $100,000 within 30 days. To fix problems, Om travels to India to sell his ancestral property, but is kidnapped by a recession-hit underworld gang. Staying true to its title, the film focuses on what the small-town Indian gangsters have to say to President Obama, believing he is the only man who can control the economy.

While Obama may not have been able to fulfill his promises yet, his visit to the region will be able to reassure allies of the United States that the current administration is working hard to end the recession, which has affected everyone - from Wall Street giants to the Indian mafia.

Although the trailer, below, does not provide subtitles, you will clearly see American symbols associated with President Obama and the recession. Take a look: