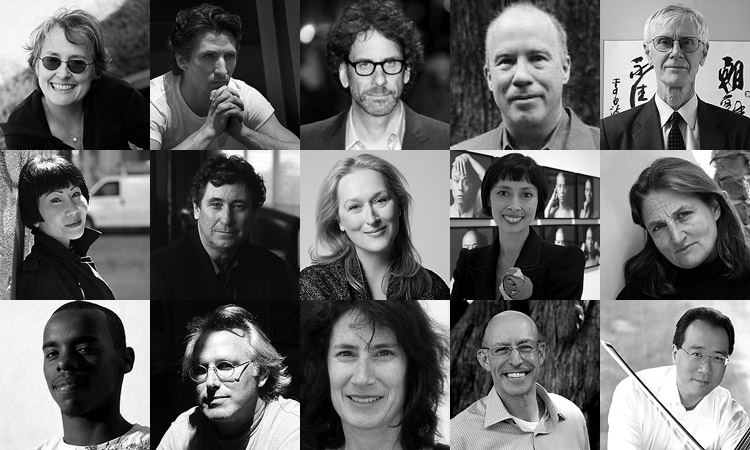 UPDATE: Asia Society Museum Director Melissa Chiu previewed the upcoming US-China Forum on the Arts and Culture in Beijing.(Scroll to the bottom of the page to watch.)

Meryl Streep, Yo-Yo Ma, Joel Coen, and Amy Tan are just some of the outstanding American cultural figures who will travel to Beijing next month to take part in four days of unprecedented cultural exchange.

A joint project of Asia Society's Center on U.S.-China Relations and the Aspen Institute, the US-China Forum on the Arts and Culture runs from November 16 through 19 and will include performances, master classes and roundtables that showcase some of the most prominent names in American culture.

The Forum is intended to create new opportunities for American artists to collaborate and converse with their Chinese peers as part of a larger effort to promote "people-to-people" exchanges between the two countries.

A New York Times report published yesterday explains that the Forum is meant to illustrate the "openness and spontaneity" of American culture. As Center on U.S.-China Relations Director Orville Schell notes, "The best way is to show, not tell."

The Forum opens on November 16 with a banquet at the U.S. Embassy in Beijing hosted by U.S. Ambassador Gary Locke with a dinner prepared by renowned California (Chez Panisse) restaurateur Alice Waters, working in collaboration with local Chinese organic farmers.

Forum highlights will include performances and panel discussions on the arts, culture and the humanities, in addition to screenings of Joel and Ethan Coen’s Academy Award-nominated feature film True Grit and a special screening of The Iron Lady, Meryl Streep’s upcoming film on Margaret Thatcher. Streep will also give a reading in which she is accompanied by cellist Yo-Yo Ma, and Ma will give a separate performance with Chinese musicians Chen Leiji and Wu Tong.

Daytime events will include two days of dialogue and panel discussion between the Chinese and American artists on such subjects as film, photography and food, all aimed at deepening understanding and appreciation of one another's work. Although most of the events are invite-only, several of the panel discussions will be streamed live on the Chinese website umiwi.com.