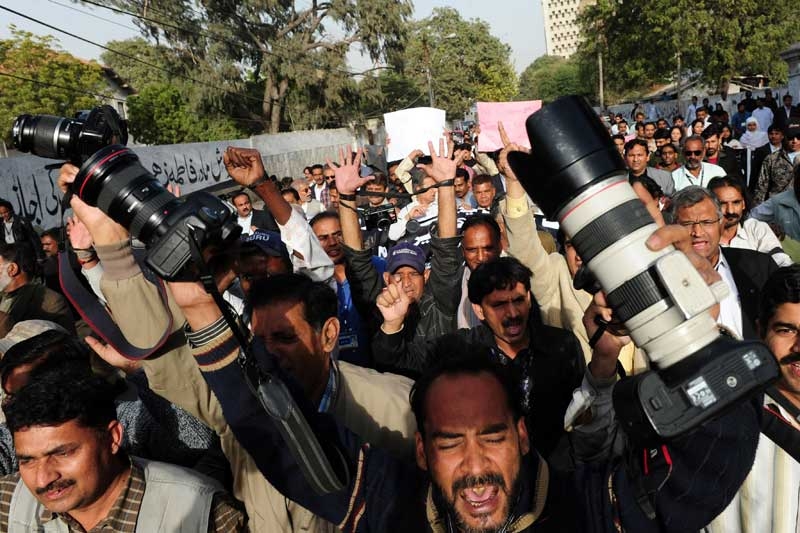 UPDATE: Prominent Pakistani journalist Saleem Shahzad was found dead in Islamabad on Tuesday, and police say his body bore marks of torture. The 40-year-old Pakistan bureau chief of Asia Times Online was missing for two days after he wrote a story on alleged links between al-Qaida and the country's navy.

On Monday, Pakistan's representative of Human Rights Watch, Ali Dayan, said Shahzad was in the custody of Pakistan’s intelligence agency, the ISI. He told the BBC, "[Shahzad] visited our office and informed us that the ISI had threatened him."

Journalists in Pakistan are working under extremely dangerous circumstances, said prominent Pakistani journalist Najam Sethi. The Committee to Protect Journalists says that Pakistan was the deadliest country for journalists in 2010.

The Editor-in-Chief of the Friday Times told Asia Society on May 19 that journalists are both "part of the problem and part of the solution," walking a fine line between reporting the public's sentiments on Pakistan's ongoing turmoil and reinforcing them.

Sethi was interviewed by Asia Society a day after he spoke at the New York launch of its new Study Group report, Pakistan 2020: A Vision for Building a Better Future, and just before he made an appearance at the New York-based Committee to Protect Journalists.

Click here to watch an excerpt of Sethi's remarks at the launch event, and watch the complete program here. His exclusive interview with AsiaSociety.org appears below.

Video: Najam Sethi discusses the state of the media in Pakistan (1 min., 11 sec.)