From Myanmar, With Love: An Ancient Buddha's Historic Journey to New York City 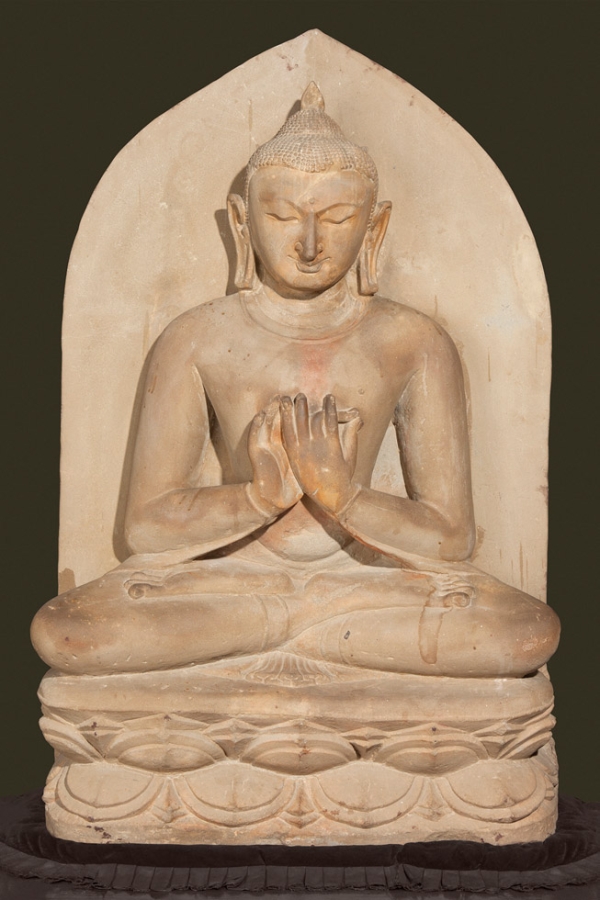 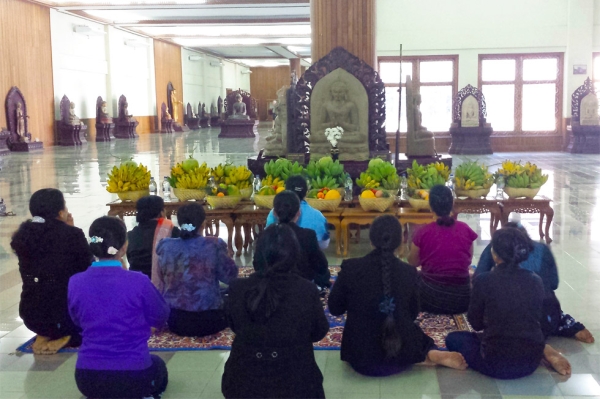 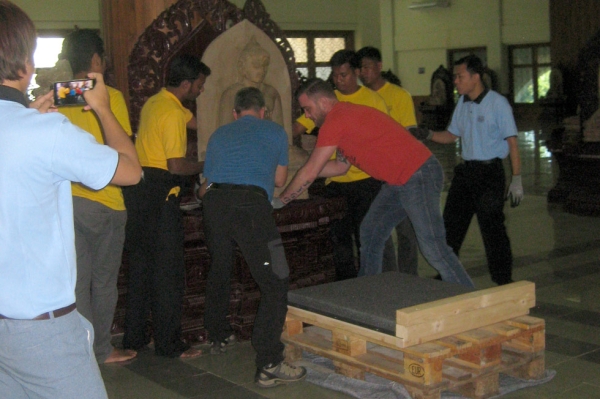 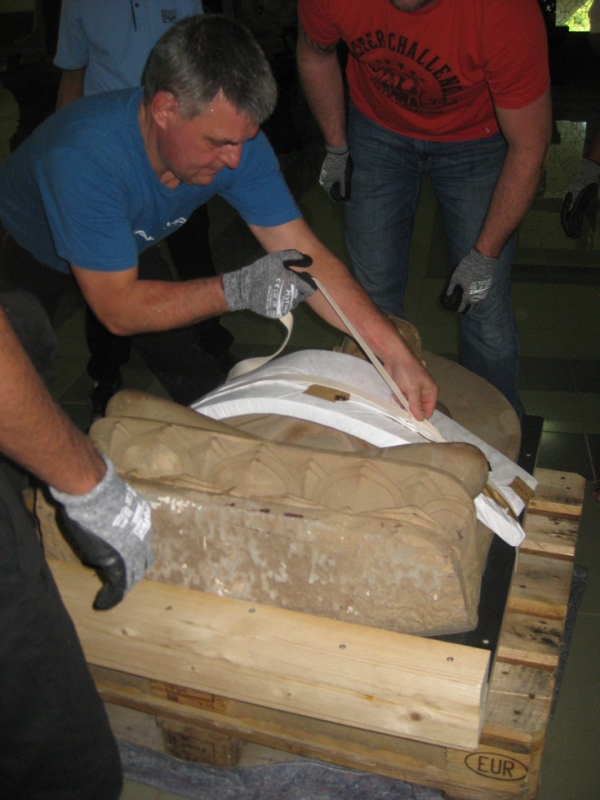 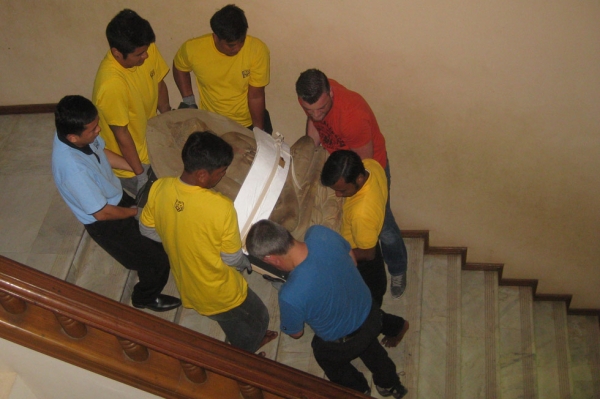 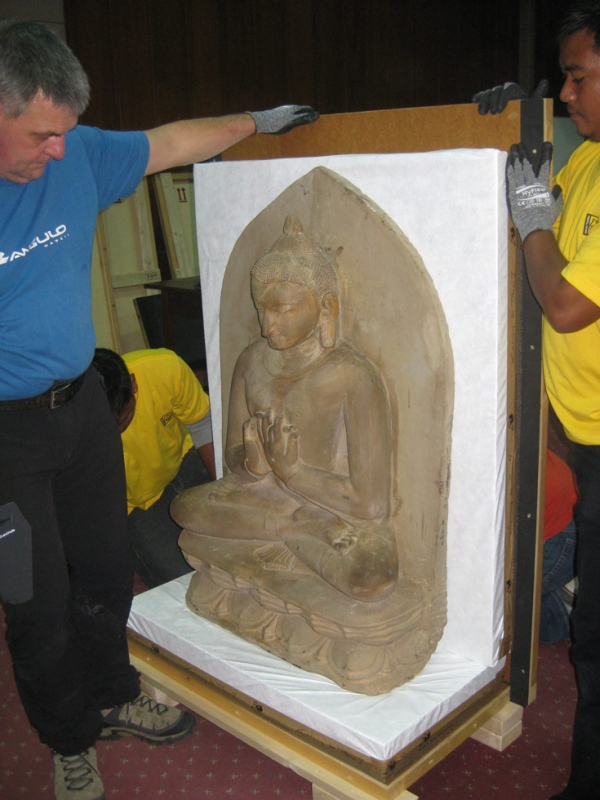 BAGAN, Myanmar — The staff members gathered in the museum gallery as the moment came for their loved one to be carried downstairs. The deputy director and other museum staff were crying.

"It was," Asia Society's Adriana Proser said, "as though they were saying goodbye to a dear friend."

In a sense, they were. A carefully orchestrated farewell ceremony at the Bagan Museum in central Myanmar was held just before an 11th century stone seated Buddha was packed in a large, meticulously cushioned wooden crate for the first stage in a journey that would bring it ultimately to the Asia Society Museum galleries in New York. Other farewells, all freighted with excitement and anxiety, were made at three other museums lending ancient pieces to what will be a landmark exhibition: Buddhist Art of Myanmar, which opens February 10. Many of the pieces are leaving Myanmar for the first time.

"It is always stressful when the art is packed up,” said Proser, Asia Society Museum's John H. Foster Senior Curator for Traditional Asian Art. “We always transport works with extra care and consideration for their importance to individuals and to history. But this was something very different."

The staff gathered on the day before the packing to pray, to let the Buddha know that he would be traveling, and to ask his approval to send him on this trip. Offerings were made in the form of nine baskets of fruits (nine is a very lucky number in Myanmar). Bottles of water and a bouquet of white chrysanthemums were also left overnight, for consideration. The next morning, additional prayers were made and the staff confirmed that the packing could proceed.

Because the sculpture was on the second floor and there is no elevator in the museum, it had to be carried down the staircase by a group of about 10 art handlers. It was set onto a cradle — part of the crate that opens on all sides — and carefully brought down to the first floor for packing. Given the importance of the piece and its sanctity, the experience of watching the sculpture being carried down the stairs added to the already heightened emotions of some of the staff, and once it was safely placed in the packing room, a few of the staff members cried, perhaps from relief that the transit had gone well, perhaps because they knew that this was the last step before this sacred figure would be leaving for an extended period of time.

Once the sculpture was packed, a number of the staff seemed to be much more relaxed and cheerful, and expressed their happiness with our team's handling of the sculpture and their excitement that our audience would get to appreciate the piece as part of our exhibition.

That difference had everything to do with the veneration of the Buddha in Myanmar, and the profound feelings for these objects which represent the Buddha, and which, in some cases, date to the fifth century CE. In all, some 70 objects are making their way to the Asia Society headquarters, the culmination of a multi-year effort that married curatorial work with difficult cultural diplomacy. That diplomacy has been as painstaking, in its own way, as the packing and crating of the objects themselves.

"What we needed from the beginning was the trust," Myanmar's Minister of Culture Aye Myint Kyu said. "Of course we knew it was an important opportunity for our country to be able to share these works. But we needed to be sure they would be cared for."

The idea of bringing the art to New York was first broached in 2012, when Asia Society’s policy team traveled to Myanmar for a bilateral U.S.-Myanmar dialogue within its ongoing Myanmar Initiative, which aims to strengthen relations between Myanmar and other countries and to support Myanmar's transition to democracy. As the country took its first steps to emerge from a half-century of authoritarian rule and global isolation, the possibility of an artistic opening took hold as well.

"Asia Society has deployed extraordinary diplomacy and artistic expertise to share these treasures," Asia Society President and CEO Josette Sheeran said. "Knowing how hard it was — given the recent history in Myanmar and the distant homes of these works — makes me that much prouder of the exhibition."

As the curatorial team traveled across Myanmar to identify possible objects for the exhibition, they also worked to build the trust of the nation's museums and the ministries of culture and religious affairs. They stressed Asia Society's long and unblemished record of staging global exhibitions of such cultural treasures, and dispatched experts in art conservation to several museums in Myanmar.

Proser stressed that the conservators worked in consultation with Myanmar museum staff to assure that the works were stable and looking their best for this unprecedented journey and return home. Ultimately, approvals were won for all but a few pieces, and an overall affirmation and blessing for the project was given by Myanmar President Thein Sein himself.

"This is not an easy thing, to leave these unique treasures in foreign hands," U.S. Ambassador to Myanmar Derek Mitchell said at a reception he hosted to celebrate the coming exhibition. "These treasures mean so much to the people of this country, and you are trusting us with them for a period of time because you want us to learn about them and because you want to create better understanding between our peoples. I just wanted to say thank you for that trust in us and thank you for the commitment to the (U.S.-Myanmar) relationship."

As the opening date for the show nears, and as Myanmar officials were shown the beautiful catalogue for Buddhist Art of Myanmar, a powerful sense of pride was evident that their country's heritage was being celebrated in such a profound way. Still, there were those pangs of sadness, the emotions that brought tears in Bagan as the objects were carted away.

"You have to understand, to people here, these aren't just works of art," Proser said. "These are their sacred companions who receive their care and listen to their prayers daily."