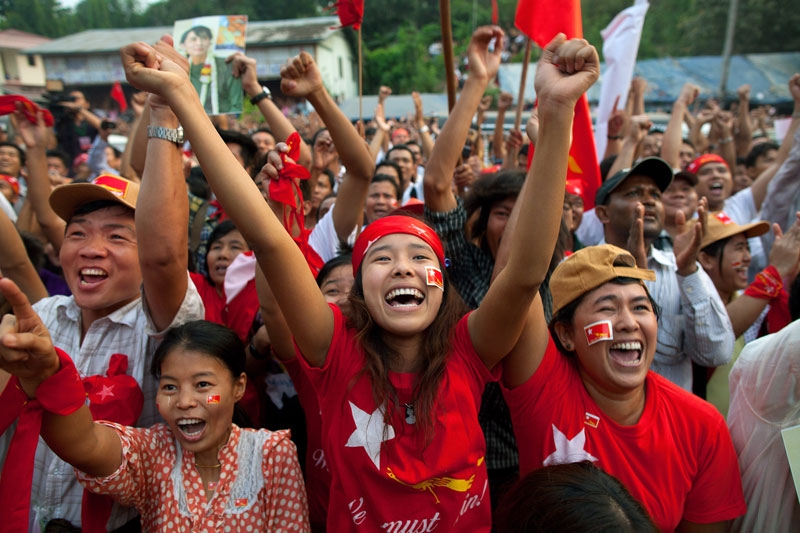 According to reports out of Myanmar, the country's parliamentary by-elections have given opposition members a greater voice in lawmaking. What's less clear is whether the minority representation will result in long-term government reform.

Aung San Suu Kyi, the democracy leader kept under house arrest for 15 years, told supporters she hopes the by-elections will mark the “beginning of a new era” and called the vote a “triumph of the people.”

But the task of truly changing the way the country is run, even for Nobel Peace Prize winner Suu Kyi, will be daunting, says Asia Society Vice President of Global Policy Programs Suzanne DiMaggio.

"She now faces the thorny challenge of moving from staunch critic of the government to its most famous lawmaker,” says DiMaggio, who has been engaging in Track II dialogue talks between U.S. and Burmese constituents. “She has taken a calculated risk that by joining a political process dominated by those who confined her, it will allow her to pursue democratic, economic and social reforms more effectively from the inside than from outside.”

The elections, while symbolic, do not yet show that Myanmar’s ruling party is ready to open up the decision making process in the parliament, which they still dominate with 662 seats compared to the National League for Democracy’s roughly 40 won in the election.

DiMaggio says the true test won't come until general elections in 2015, when the NLD and other parties will have a chance to vie for the popular vote in what The Associated Press calls a “tantalizing dream” for supporters.

The more immediate question is how the U.S. and other international players should try to seize the moment to push for more reform.

In a piece on CNN.com , DiMaggio writes that the U.S. should considering easing sanctions, with an eye toward ensuring that they are not undermining reform efforts.

“While those aspects of the financial sanctions aimed at inhibiting corrupt economic activity should be retained,they should be modified to ensure that they do not prevent legitimate financial transactions essential to the development of a vibrant private sector, that they allow wider assistance for capacity building which Myanmar so urgently needs, and that they contribute positively to the transformation of the country's banking and financial system,”she says.

The Obama administration said it hopes the elections are a step toward "democratic transformation" for the country, without addressing sanctions specifically. Meanwhile, some U.S. politicians are in favor of keeping pressure on Myanmar until more reforms take place.