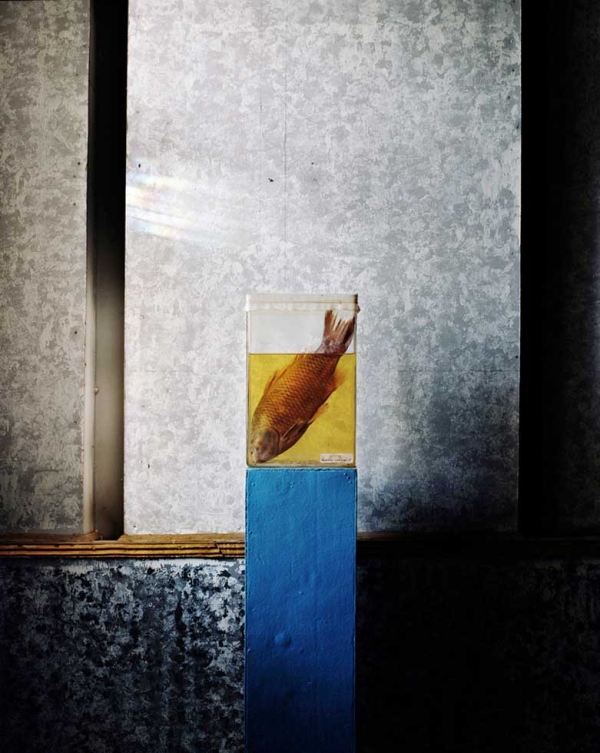 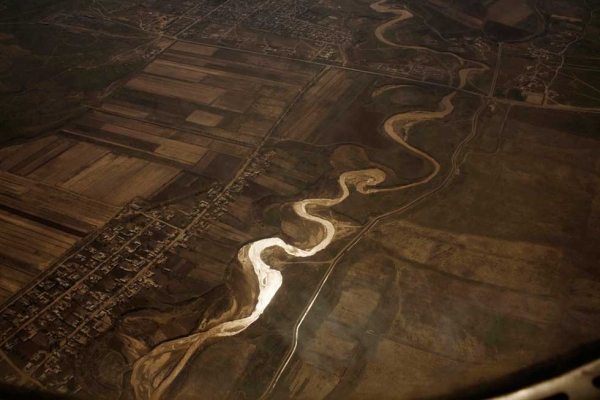 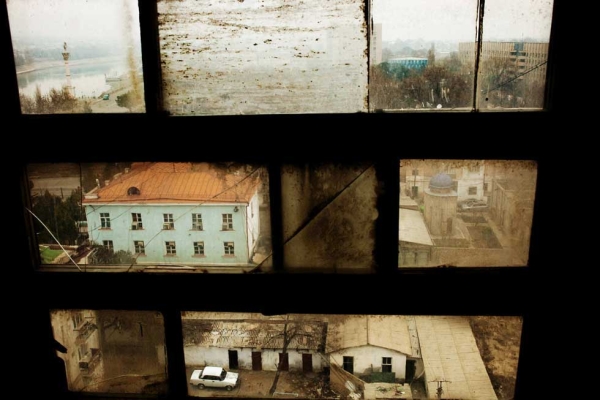 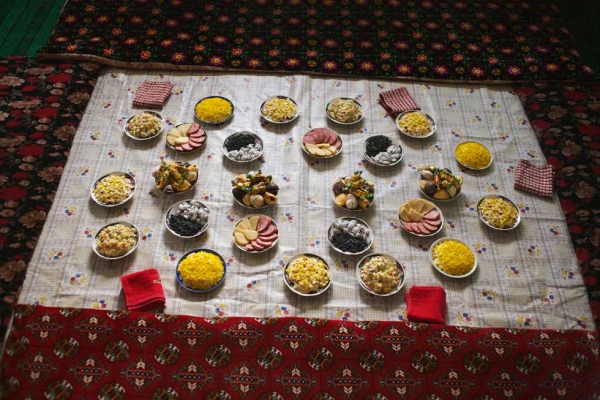 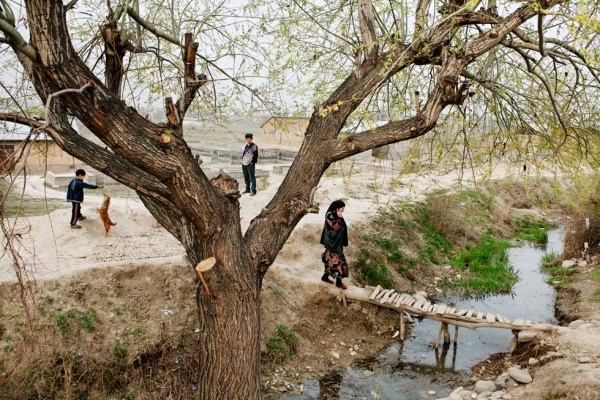 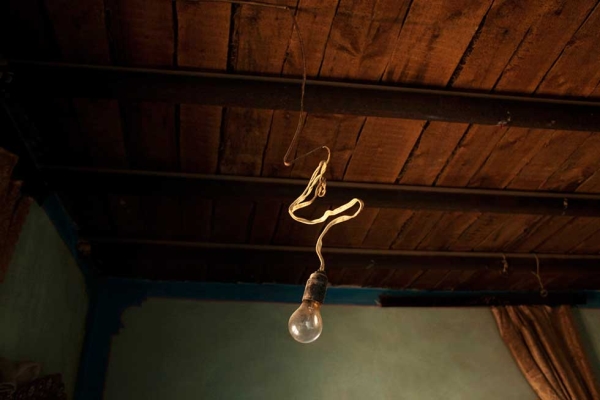 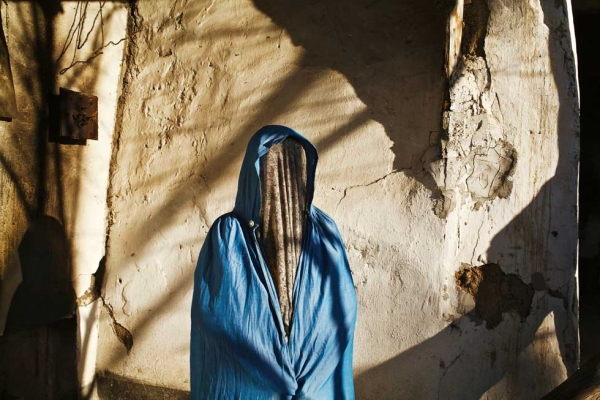 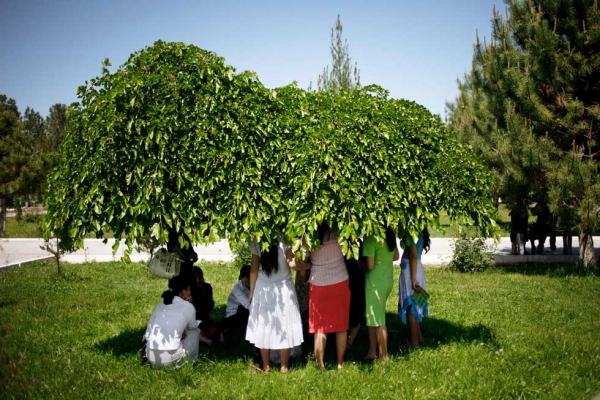 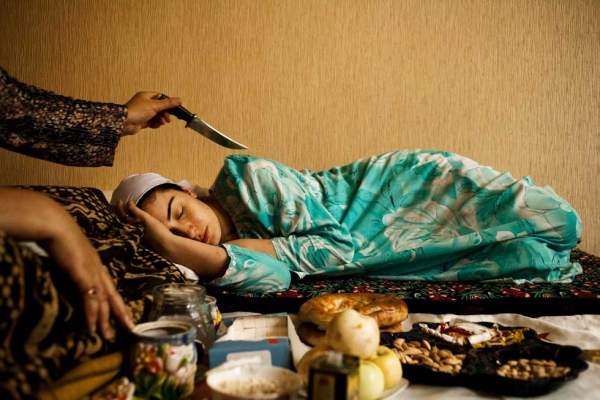 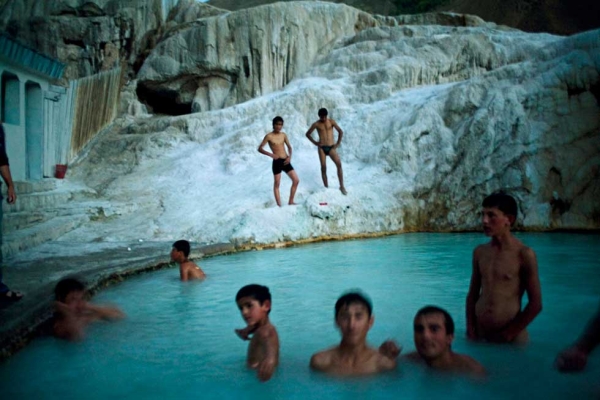 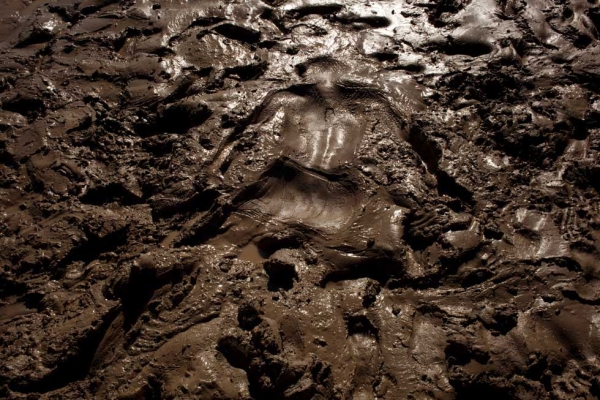 "Drake's Central Asia is a place where political allegiances, ethnic bonds, national borders, and even physical geography are in such flux as to seem, at times, like fictions. Following the two rivers, she traces a vast ecosystem of stories, nature, money, and history." — Elif Batuman, Istanbul-based journalist and author who wrote the text for Two Rivers (2013).

For the past six years, American-born photographer Carolyn Drake has journeyed more than a dozen times to some of the most desolate regions of Central Asia to work concurrently on two separate photography projects. The first project, "Two Rivers," is a photographic record of five Asian post-Soviet states — Kazakhstan, Kyrgyzstan, Tajikistan, Turkmenistan, and Uzbekistan — in the present age. Drake self-published Two Rivers (2013) in book form this June; a recent review in the Guardian hailed the book as "ambitious," "never less than visually arresting," and "an art object in itself," and images from the series have also been featured in major publications like The New Yorker, TIME, and the New York Times Lens blog.

Drake is the recipient of a Guggenheim fellowship, Fulbright fellowship, and the Lange Taylor Documentary Prize. Via email, Asia Blog recently communicated with the photographer as she was in Xinjiang province, wrapping up her upcoming "Uyghur" mixed-media project.

How did you initially hear about the Amu Darya and the Syr Darya — and what inspired you, ultimately, to pursue a "Two Rivers"-themed photography project in Central Asia?

I must have read about them the first time in an article about the dried Aral Sea. So much water was diverted from the rivers to irrigate Soviet cotton fields that the sea that the rivers flow into began to dry in the 1960s. I didn't visit the Aral Sea in my early visits to Central Asia, but it became clear as I traveled across the fractious borders of the region that I was also traveling back and forth across the rivers, and that a vast number of histories and legends and faiths of the region are linked to them. I was searching for a new project to work on and wanted to find something that was broadly themed and less story-specific than what I had done before. After a couple of years of photographing the region, I started to edit the work in a way that would root the project in the rivers, and I began to read and research river stories, planning shoots that were connected to them in one way or another.

What was your favorite gear to use during your "Two Rivers" photo shoots?

Most of the work was shot with a Canon digital camera with small, fixed lenses. Near the end, I also used a 4x5 field camera and a Mamiya RZ.

What's one thing you wish you had known before departing for Central Asia in 2007?

That's hard to answer. I can't say there's anything I know now that I wish I had known then. Part of what motivated me to work there was the desire to learn about the region, and to reconcile questions I had about the intersection of ex-Soviet/Russian and Islamic systems of life. I would have never felt the need to do the work if I already had the answers.

You spent the last six years documenting former Soviet republics in Asia, including Kazakhstan, Kyrgyzstan, Tajikstan, Turkmenistan, and Uzbekistan. How has your understanding of this region changed since you first arrived in 2007?

The places I visited started to feel more familiar as time passed, but I can't claim that I ever managed to fully understand the region. Language barriers and the lack of political openness in some of the countries made this a difficult prospect. I found that questions about water, political borders, and environmental control surfaced nearly everywhere I went, from the marbled fountains of Ashgabat to rural villages in the river valleys of the Pamir Mountains. And the answers, however elusive, nearly always related to the two rivers.

We're wondering if you could describe some of the practical challenges you faced while working on "Two Rivers."

Photographing anything other than vestiges of the Silk Road was very difficult in Turkmenistan and Uzbekistan, as was getting visas to these countries. I traveled in these places not as a photographer, but as a tourist, avoiding inquisitive authorities and often resisting the desire to ask probing questions, waiting instead for answers — or suggestions of answers — to surface in the images. Even so, I came to expect one or two visits to the police or Uzbek KGB office on every trip to Uzbekistan. Getting stuck in a desert or puddle or asphalt road in a place without cellular access was also a recurring incident. The culture of hospitality was something that could be approached a bit more strategically — the number of homes I'd visit in a day was often related to the number of meals I felt I could consume.

You've also been working on an ongoing mixed-media project called "Uyghur," which documents Uyghur life in China's Xinjiang autonomous region. What have you learned from that project thus far?

I think I'd feel more comfortable discussing what my time spent there has led me to think about than trying to quantify what I've learned. The landscape of Xinjiang is changing. Whether you call it transition, assimilation, development, colonization, modernization, ethnicization, or repression, the changes are particular and rapid and vivid, but feel reminiscent of events that have played out before, at other times, in other parts of the world. Besides thinking a lot about whether it's right or wrong to put forth an opinionated stance on what is happening in Xinjiang, the work has made me wonder what role an individual — in my case, a photographer — can play in the larger processes at play in the world. What I've settled on doing is to try to leave simple visual records of my exchanges with people there, signs that we interacted and considered each other in this particular time and place, in the hope that another individual in another time and place will come across it and consider what it meant.

Watch: Carolyn Drake's video images of Xinjiang in 2011 as part of her upcoming "Uyghur" project.