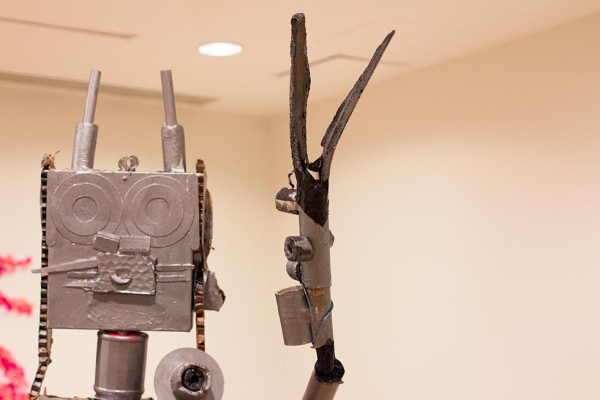 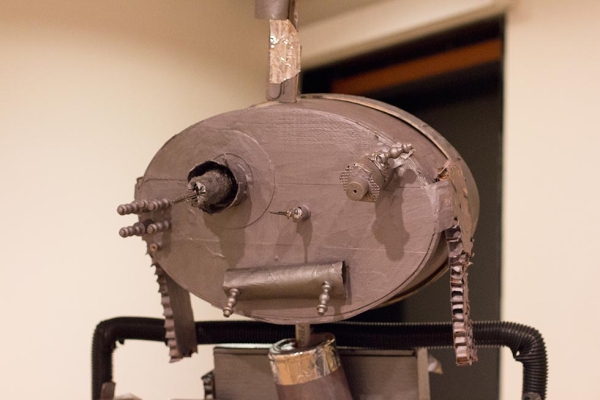 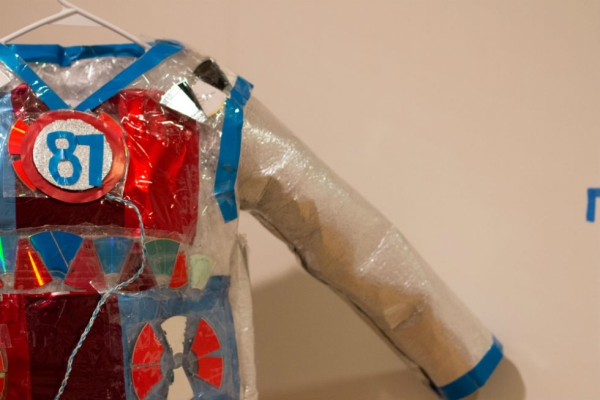 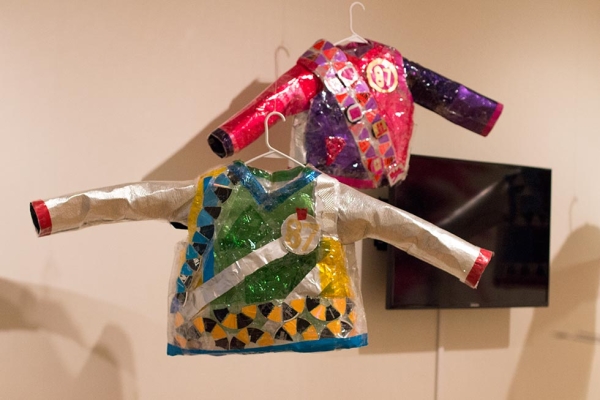 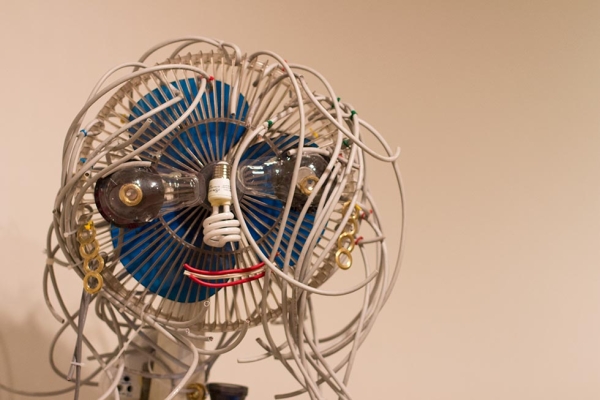 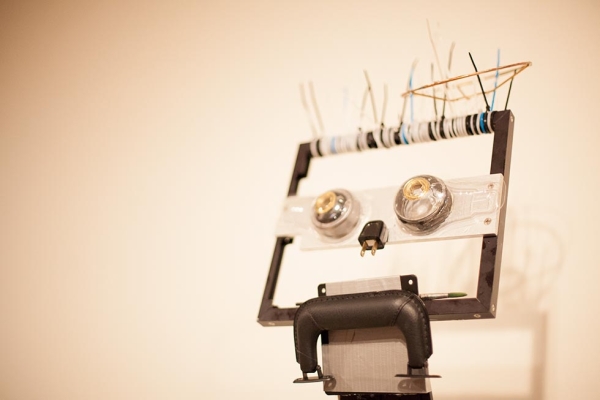 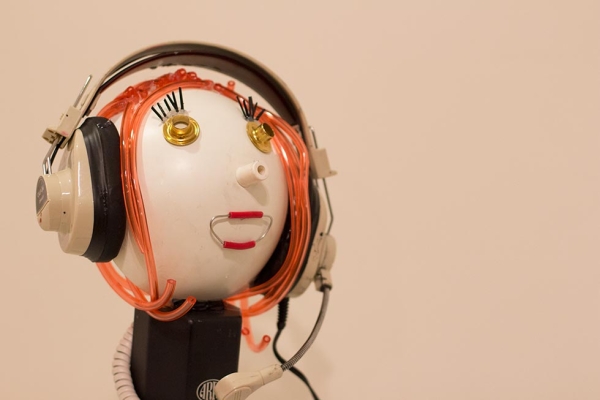 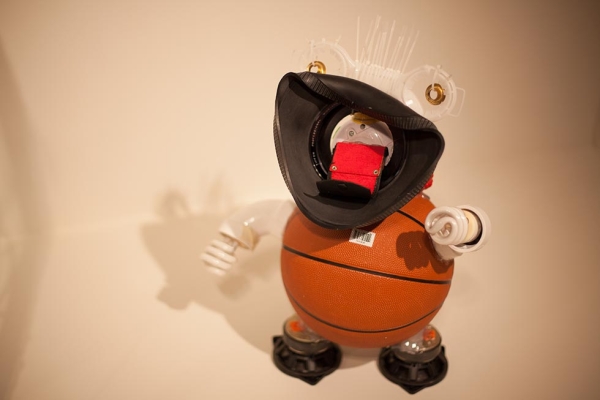 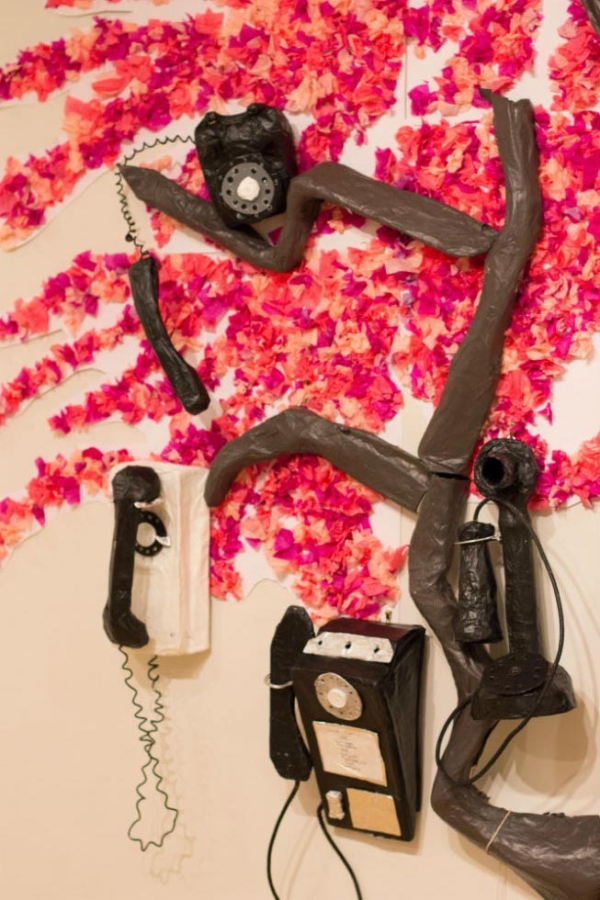 An electronic suit with climate control, a telekinetic robot, and a robot that saves the world from pollution all make appearances in the upcoming Asia Society exhibition Inspired by Nam June Paik: Becoming Robot, which casts a vision for the future through the lens of elementary students from New York City.

Through a unique partnership between Asia Society and the arts education nonprofit Studio in a School, students from four New York City public schools visited Asia Society Museum in fall 2014 for a tour of the exhibition Nam June Paik: Becoming Robot, after which they returned to their classrooms to create works in response. Nam June Paik is considered the “father of video art,” and he is known for his groundbreaking use of video technology to explore the human condition. Nam June Paik: Becoming Robot was the first New York City exhibition dedicated exclusively to the artist in more than a decade.

In the student exhibition, the featured pieces incorporate ordinary household items, including electronic speakers, plastic wrap, a computer keyboard, and a basketball. But there is nothing ordinary about the capabilities the students have attributed to their artwork.

Students from P.S. 297 in Brooklyn devised superpowers for their robots: “This robot can morph into anything, is faster than lightning, and has the power of invisibility, x-ray vision, spikes, and telekinetic powers.”

Meanwhile, students from P.S. 87 in Bronx developed an extensive list of features for the futuristic prototype suits they created: “Each FPS87X type features different functions that can help you in your everyday life, including hovercraft shoes, a stomach device that heats meals, a lie detector, a personal safety system, body temperature control, outfit changing technology to match changes in the weather, and time travel capabilities.”